UPDATE: Reporter Eric Chaloux, who is in the courtroom, reports Monday that five jurors have been seated in the trial for a man who was charged in a deadly Buffalo, Minnesota, clinic shooting last year.

Chaloux reports the judge said jury selection for the trial of 68-year-old Gregory Ulrich is expected to take place this full week.

Chaloux stated Ulrich is in a wheelchair and was guided into the courtroom by a deputy Monday morning.

Legal staff, deputies and members of the media are in the courtroom, Chaloux reports.

Stay with 5 EYEWITNESS NEWS and KSTP.com for updates. An earlier version of this report appears below.

The trial for a man who was arrested and charged in a deadly shooting at a clinic in Buffalo, Minnesota last year is scheduled to begin this week. 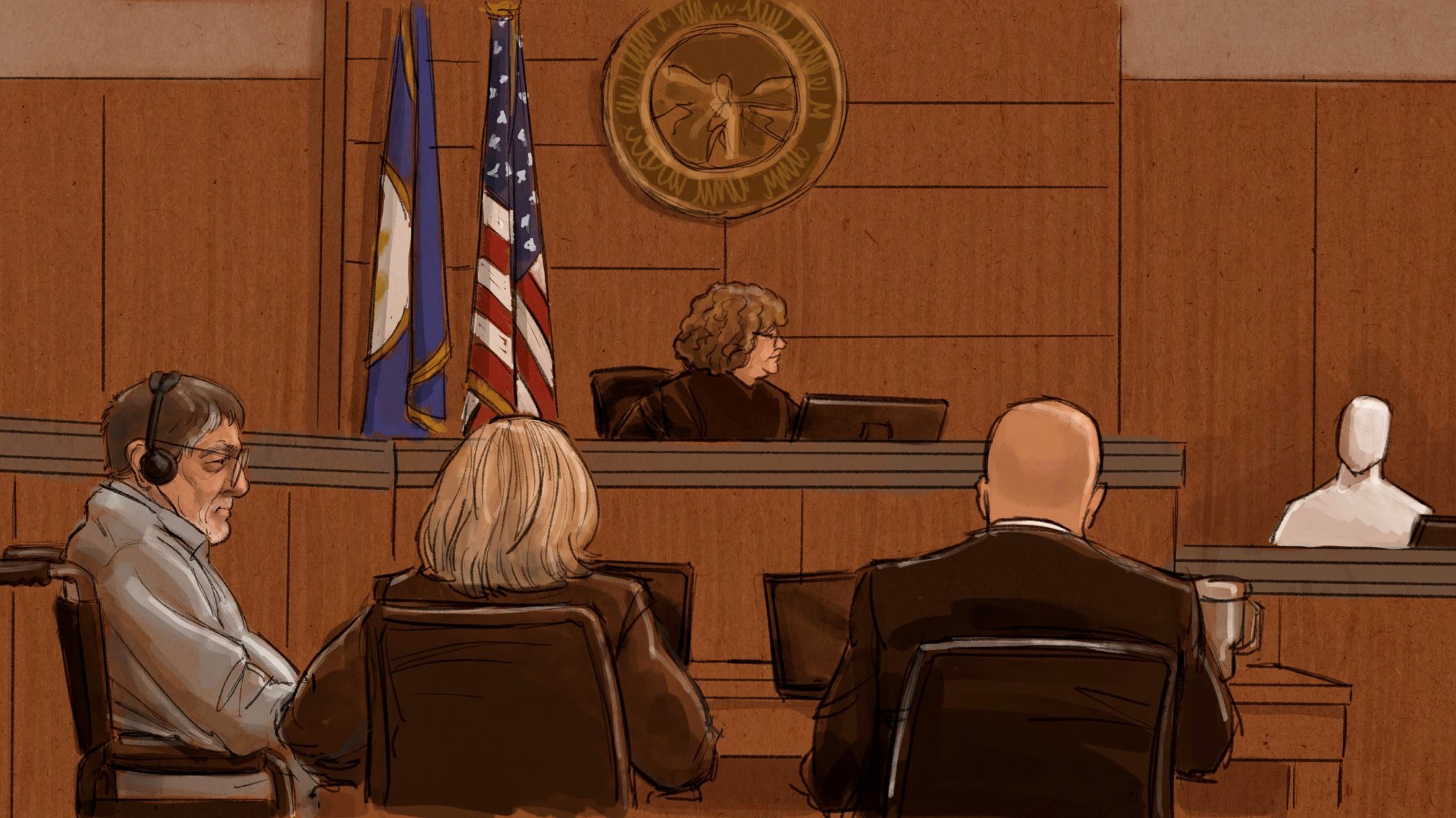 A courtroom sketch during jury selection for the trial of 68-year-old Gregory Ulrich. (Cedric Hohnstadt)

Selection of jury members is expected to start Monday for the trial of 68-year-old Gregory Ulrich.

Ulrich is accused of walking into the Allina Health Clinic in February of 2021 and opening fire, killing Lindsay Overbay – a medical assistant working there at the time – and injuring four others.

RELATED: 5th victim in Buffalo clinic shooting is mom of 3

Jury selection is scheduled to begin at 9 a.m. Monday.

The case is still relatively fresh, especially for those living in Buffalo, where it has been just more than a year since the shooting.

However, the community will have to wait a little longer for the trial to get started because the Wright County Attorney says the jury selection is expected to take a considerable amount of time.

Judge Catherine McPherson will look over the trial.

Preliminary jury instructions were already sent down, describing the charges Ulrich will face, which include Murder, Attempted Murder and others.

Investigators say Ulrich also set off multiple pipe bombs at the clinic before giving himself up to police.

As previously reported, court records allege Ulrich has mental health and substance abuse problems, and show that he has had many run-ins with police.

As previously reported, a restraining order states Ulrich had previously been prohibited from being at the clinic unless he was transported by medical personnel. He was also barred from contacting one of the clinic’s doctors.

The restraining order says Ulrich had made harassing phone calls and threats to the doctor that had “a substantial adverse effect” on the doctor’s “safety, security, or privacy.”

Meanwhile, Brian Lutes and Shane Simonds will be arguing for the state.

A total of four weeks has been set aside for the trial.

5 EYEWITNESS NEWS will continue to provide updates on jury selection, as well as the trial.