The man who was arrested in connection to the shooting at the Allina Health clinic in Buffalo was "well known" by law enforcement in the area.

Gregory Ulrich is charged with seven total counts in the shooting that killed one person and injured four others.

Documents obtained by 5 INVESTIGATES shed light on Ulrich’s lengthy history with local law enforcement, but also reveal a pattern of medical problems that emerged in the years leading up to the shooting. 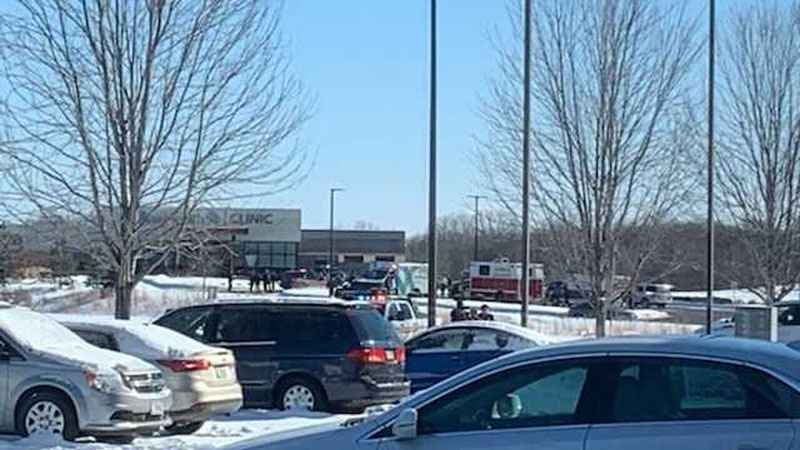 The scene where a shooting occurred at Buffalo Allina Clinic Crossroads on Feb. 9, 2021.[Courtesy of Aryana Maas]

Early on, officers responded to minor issues, including Ulrich being drunk in public and in violation of his probation. On multiple occasions, police found Ulrich in Griffing Park after hours.

In 2016, the reports changed. Records show he began calling police to get medical attention, complaining of "terrible back pain" following a surgery.

Ulrich told police often that he was "out of pain pills" and even accused a home health aide of stealing medication from his house, according to police reports.

In the midst of these calls for service, Buffalo police officers performed small acts of kindness, trying to help Ulrich. One officer gave him a ride to Cub Foods after he fell and hurt himself. In another case, Ulrich called for medical attention. An officer wrote in his report that paramedics "took his vitals while I shoveled his walk."

But the police reports show Ulrich’s behavior became increasingly concerning. Health care workers in Buffalo reported to police that he was "making threats of mass shooting or other means to harm the hospital."

"Ulrich went on to say that he dreams about revenge to the people that ‘tortured’ him," the officer wrote in his report. "Ulrich was referring to the back surgeries and medication issues after the surgeries."

In August 2019, Ulrich sent suspicious letters to both a local church and a clinic that prompted various restraining orders be put into place.

According to the reports, police responded to his home a dozen times last year to handle calls related to arguments with his roommates and neighbors.

The last time Ulrich contacted Buffalo police was at the end of November, according to the records. Three months later, officials said he walked into the clinic and opened fire.

Court records show Ulrich has been granted a public defender. He is expected to appear in court again in March.