The Minneapolis Police Department requested the warrants to aid in a St. Paul homicide case and carried them out before dawn the morning of Feb. 2 at the Bolero Flats building on South Marquette Avenue.

The petitioner states that investigators were in search of blood, forensic evidence, firearms, ammunition, electronic devices, drugs, identifying documents, money, fire extinguishers, Mercedes key fobs and specific sets of clothing tied to persons of interest associated with each of the addresses. 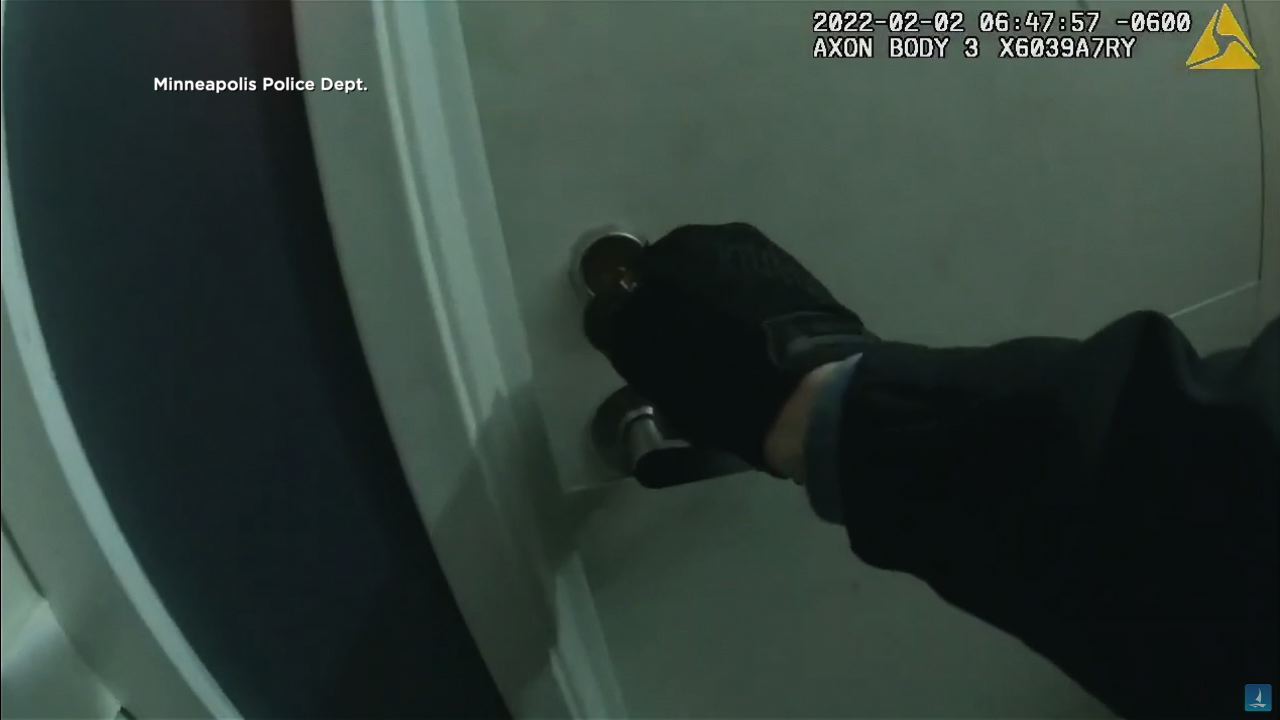 Police applied for both standard daytime warrants and nighttime no-knock warrants “outside the hours of 7 a.m. to 8 p.m.” The no-knock warrants were necessary “to prevent the loss, destruction or removal of the objects of the search or to protect the searchers or the public,” police said, because the suspect used a .223 caliber rifle capable of piercing police body armor when he shot Elder.

Executing the warrant outside of daytime hours “will not only increase officer safety, but it will also decrease the risk for injuries to the suspects and other residents nearby,” the warrant states.

During the no-knock warrants at Bolero Flats, police did seize evidence related to Elder’s killing, including marijana, clothing, a bullet and several cell phones.

St. Paul Mayor Melvin Carter tweeted Thursday night that the unsealing is a “step towards accountability” in Locke’s death.

Elder was sitting in his car outside a recording studio at 502 Prior Ave. N. at the time of the Jan. 10 shooting. Surveillance footage taken from the studio shows a light-colored Mercedes parked nearby.

The warrant then describes the following:

Two people were outside Elder’s car when a gunshot was heard, and they ran back to the Mercedes and drove off. One suspect was wearing a dark jacket and a gray hooded sweatshirt, while the other was wearing all dark clothing.

Criminal analysts with the Minneapolis Police Department and the Hennepin County Sheriff’s Office matched the description of the suspect vehicle with a gray 2014 Mercedes-Benz CLS250 with Massachusetts plates that had been stolen after a test drive on Nov. 27. That same vehicle was linked to several armed robberies and thefts, including the theft of a Maserati in south Minneapolis.

An off-duty University of Minnesota police officer spotted the stolen Mercedes in a downtown Minneapolis parking ramp and recognized it from an alert sent out to law enforcement. A search warrant on the vehicle found latent fingerprints matching multiple people, including Speed.

Jan. 10 video shows the Mercedes in the Bolero Flats parking garage around 10:16 p.m. Two people matching the descriptions of the homicide suspects left the car, along with a third person. They got in the elevator and went up to the front desk. The suspect in the dark jacket and hooded sweatshirt was seen obscuring an object in his front sweatshirt pocket using his outer jacket.

The warrant states that investigators reviewed Bolero Flats security footage with staff at the apartment building. They told police they believed the suspect in the sweatshirt was connected to Apartment 701. That unit was being rented to the girlfriend of Speed’s brother, who also lived there. Locke was staying on the couch in that apartment the morning the search warrant was executed.

Staff said Speed had requested a key to Apartment 701 in the past, and medics had transported him from that apartment on Jan. 22.

Hennepin County probation officers listed Apartment 1402 in the same building as Speed’s home address. The woman who rents that unit lists Speed as her child who lives with her, the warrant states. Cahill had also authorized both daytime and nighttime warrants for Apartment 1402, as well as neighboring apartment 1403.

The records released Thursday indicate police were not searching for Locke when they executed the search warrant at Bolero Flats Apartment 701. They were, however, anticipating some sort of firearm.

Body camera footage of the search warrant shows police unlock the door to the apartment and announce, “Police search warrant,” right as they walk through the door. Locke is huddled under a blanket on the living room couch and is seen emerging with a pistol in hand. That’s when Minneapolis Police Officer Mark Hanneman shot Locke three times.

Locke’s family says he was a lawful gun owner and was not aiming his gun at anyone or preparing to shoot when Hanneman opened fire. Video of the incident appears to show Locke pointing the barrel toward the ground with his finger off the trigger.

MPD originally said Locke was pointing the gun at an officer, and when pushed on that detail in a news conference last week, interim Police Chief Amelia Huffman insisted it was being pointed at an officer who was standing off-camera.

Critics have said pre-dawn no-knock warrants like this one are more hazardous than a standard daytime warrant, and activists have repeatedly called for them to be banned in Minneapolis.

Mayor Jacob Frey listed an end to the practice as one of his achievements during campaign materials last year, but he later backtracked on that claim, saying only “unannounced entries” had been banned. In the 10 months after that purported no-knock ban in November 2020, MPD had requested 90 such warrants, University of St. Thomas law professor Rachel Moran said in a presentation to the Minneapolis City Council last week.

The agency that asked for Minneapolis police to assist with its homicide investigation has abstained from no-knock warrants for years. St. Paul Police Department spokesman Steve Linders said the city’s police force last executed a no-knock warrant in 2016.

State lawmakers are now exploring legislation to heavily restrict when no-knock warrants can be issued, and activists propse police should wait 30 seconds after knocking for someone to come to the door.