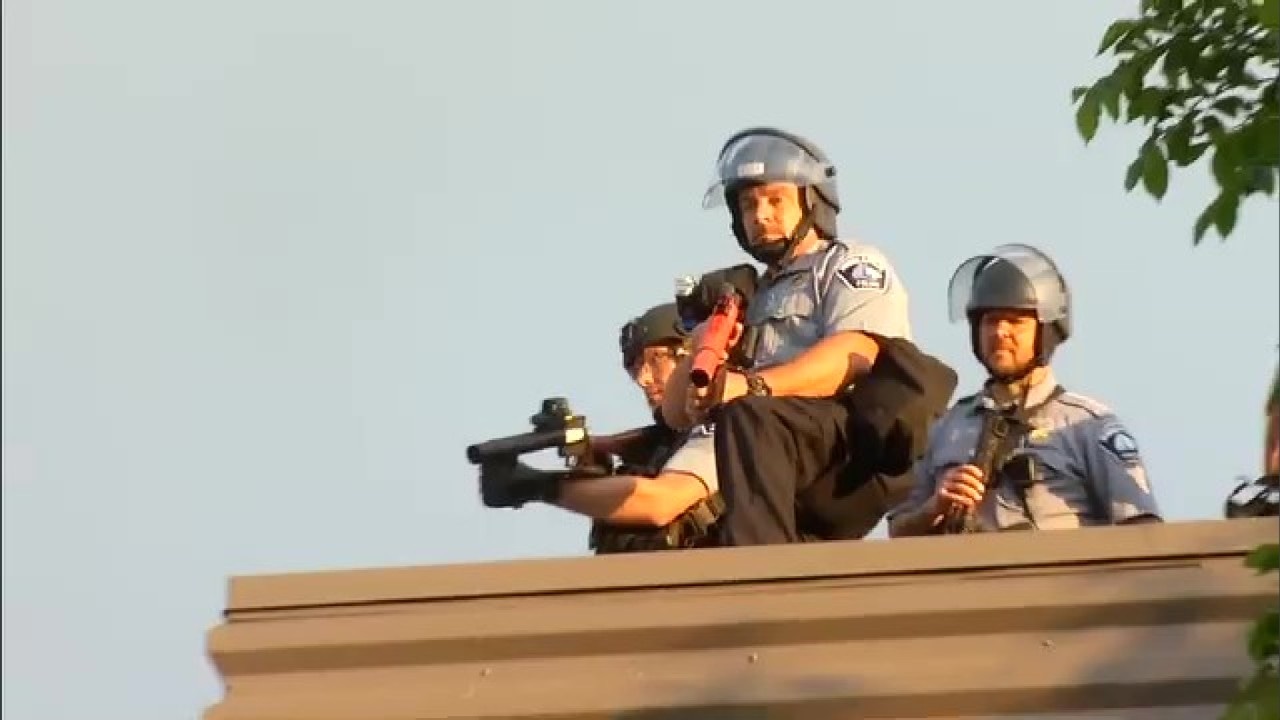 They’re the latest in a series of legal claims to emerge from protests in Minneapolis and Brooklyn Center, including hefty settlements with an Indiana man who lost his eye when he was hit by a tear gas canister and a man who was acquitted of shooting at officers who were firing rubber bullets from an unmarked van.

One lawsuit describes the actions of Minneapolis police the morning of May 30, 2020, five days after ex-officer Derek Chauvin murdered Floyd by kneeling on his neck for several minutes.

The plaintiff, Raven Bartz, alleges she was peacefully protesting with “a small group of other people” around 12:30 a.m. near Lake Street East and Nicollet Avenue. A line of Minneapolis police officers was stationed about 10 yards away.

Despite the protesters raising their hands “as a sign of peace and no-aggression,” the MPD officers fired less-lethal munitions at her and other protesters “without any warnings, directives, orders, or provocation” and aimed at their heads and faces, the lawsuit states.

Bartz and her group turned away, and a projectile hit Bartz in the back of her head, causing a laceration that required four staples to close.

The filing goes on to state that this “was not an isolated incident” and that the MPD “implemented a routine practice and custom of … assaulting peaceful demonstrators” and destroying their personal property.

Bartz claims the actions of the unnamed police officer amounted to retaliation for exercising her First Amendment rights and violated her Fourth Amendment right against excessive force.

5 EYEWITNESS NEWS reached out to the plaintiff’s attorney, Zorislav Leyderman, for comment but has yet to hear back.

The Minneapolis City Attorney’s Office declined to comment on the case.

5 EYEWITNESS NEWS has contacted Wolk’s legal team and the agencies named in the lawsuit for a comment and is awaiting a response.

The filing states Wolk, who uses they/them pronouns, participated in demonstrations outside the BCPD headquarters daily from April 13-16, 2021, and was “unreasonably exposed” to tear gas and pepper spray and was shot in the knee by a rubber bullet from less than 10 feet away.

In the following weeks, “Wolk had difficulty walking without assistance” and was later told by a doctor not to stand for more than 20 minutes at a time. They had to undergo physical therapy and still experiences “chronic knee pain,” the lawsuit states.

In addition to monetary relief, Wolk is seeking a declaration that the co-defendants “have a pattern and practice of using excessive force” and an injunction against further such uses of force.