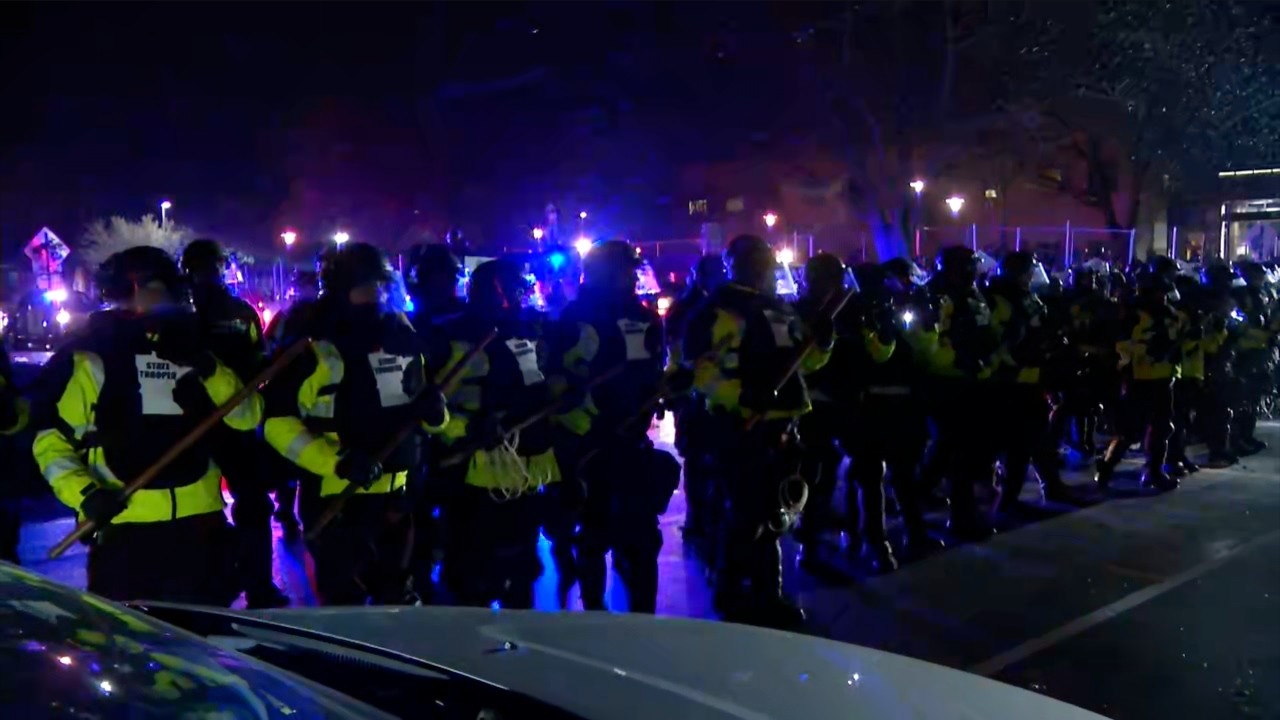 Minnesota State Patrol troopers line up across from demonstrators protesting the killing of Daunte Wright on April 13, 2021, outside the Brooklyn Center Police Department. (KSTP)

A federal judge has approved a settlement regarding the Minnesota State Patrol’s and Department of Public Safety’s conduct toward journalists during protests.

U.S. District Judge Wilhelmina Wright on Tuesday approved an $825,000 settlement for journalists who were attacked and injured or arrested by troopers while covering protests following the murders of George Floyd and Daunte Wright.

“The ability of journalists to cover civil unrest in our communities must be protected and encouraged,” DPS Commissioner John Harrington said in a statement. “The hallmarks of this agreement are transparency, accountability and excellence in policing. Our agency is committed to those principles as we work with members of the media to implement the terms of this agreement.”

“The unprecedented civil unrest and riots of the last two years were difficult for all involved, including media and law enforcement,” Col. Matt Langer, chief of the State Patrol, said in a statement. “We learn from incidents like these and look for ways to make us better. That’s why we have already implemented several improvements, including the use of an ombudsman for media, a public information officer in the field, and the deployment of body-worn cameras.”