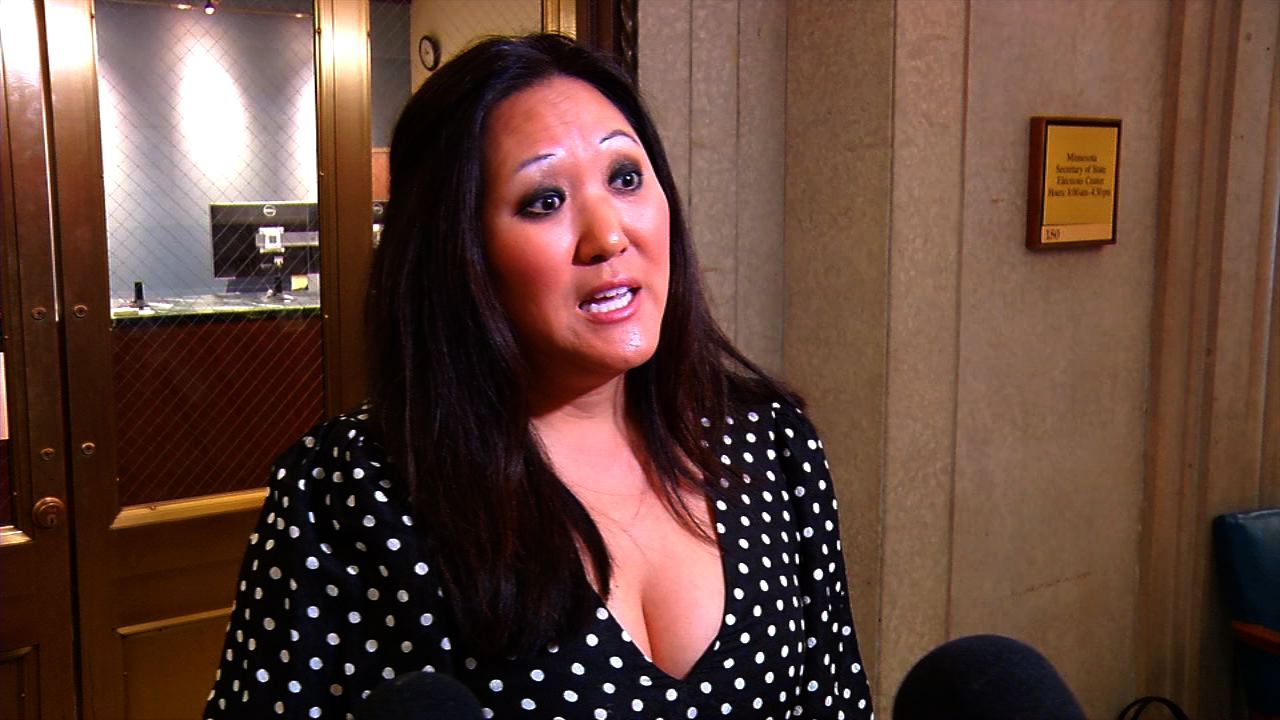 UPDATE: Faribault police said Wednesday that they have contacted the person believed to have been involved in the incident with Republican congressional candidate Jennifer Carnahan on Tuesday night.

Carnahan claimed a man threatened her and then swerved at her with his vehicle.

Police told 5 EYEWITNESS NEWS that the case remains under investigation but no citations or arrests were made.

The department is working to find any possible security footage from the area to confirm what happened, as no witnesses were found.

Police are investigating a claim by Republican congressional candidate Jennifer Carnahan that she was threatened by a man Tuesday evening while canvassing in Faribault.

In a statement, Carnahan alleged a young man “threatened my life” before he got in a car and swerved at her while she was walking on the 1000 block of First Street Southeast.

A Faribault police official confirmed Carnahan called 911 at 5:23 p.m. to report the incident but would not specify what kinds of threats were made toward her. It appeared Carnahan was alone when the incident occurred, police said.

Carnahan described the man to police as a man between 18 and 20 years old driving a blue Ford Focus.

“I sincerely thank the men and women of the Faribault Police Department and 911 call centers for responding immediately, helping me through a very scary encounter and all our law enforcement officers do to keep us safe,” Carnahan stated.

In a news release, Faribault Police Chief John Sherwin called the incident “unacceptable” and said efforts are underway to identify the person.

Carnahan, the widow of former U.S. Rep. Jim Hagedorn, is running in a special election to fill her late husband’s seat in Minnesota’s 1st Congressional District.