Minnesota Republican Party Chairperson Jennifer Carnahan has resigned after a meeting of the state party’s executive committee on Thursday night.

"It’s been the honor of a lifetime to serve as Chairwoman for the Republican Party of Minnesota," Carnahan said in a statement.

She added that she believes "it’s in the best interest of the party and my mental health" to resign. 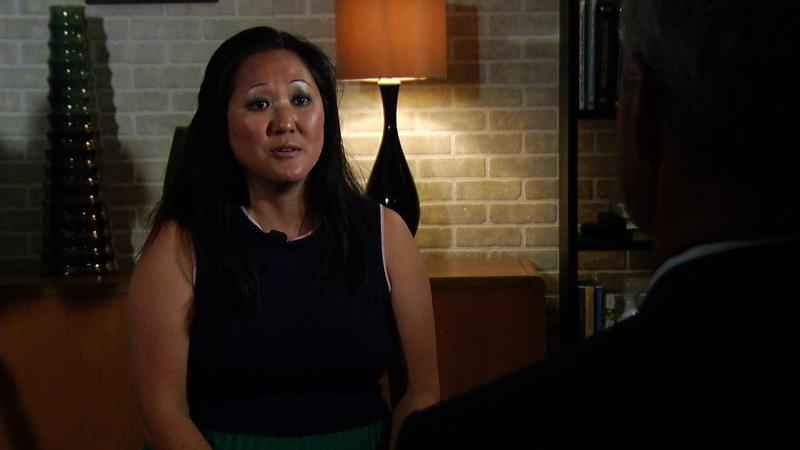 Deputy Chair Carleton Crawford is now the acting chair of the state Republican Party. The party has 45 days to call a State Central Committee meeting to elect a new chairperson.

"Jennifer Carnahan’s resignation is the first step in moving the Republican Party of Minnesota forward. However, if we are to restore integrity and live by the conservative values we stand for, there is more work to be done. I urge the executive board to continue on with full investigations into any alleged impropriety. I am grateful to the victims who have come forward, and I hope the Party will do everything possible to honor their stories and help them heal. Despite these heartbreaking events, our Republican values still hold fast and I am confident that we will unite to better our state as we look ahead to 2022."

"What transpired over the past week involving our state party has been shocking and embarrassing. A culture of distrust and disrespect has clearly permeated party leadership and it cannot be allowed to continue.

"I want to thank the individuals who courageously stepped forward to share their stories. There is absolutely no excuse for the abusive, toxic, and retaliatory behavior they endured. I also want to thank the leaders in our party who stood with them. Speaking out against such behavior shouldn’t be a tough call.

"While we must begin to move forward, we are not absolved of our duty to investigate each allegation and, if necessary, take action. As such, there must be an independent investigation into the state party’s finances, communications, and personnel, as well as the alleged use of non-disclosure agreements and legal threats by party leaders to silence dissenters. The investigation should be conducted by an outside firm and its findings should be publicly released. Full transparency is required to begin rebuilding trust in the Republican Party of Minnesota.

"This is not about a single person; this is about the future of our party. This must serve as a wake-up call as we work to victory in 2022 and beyond."

Below is Carnahan’s full statement, as released by the Minnesota GOP.

Our party has faced difficult circumstances this past week with the indictment of one of our party’s major donors for the heinous acts of sex trafficking and obstruction of justice. I want to be very clear in unequivocally stating I had no knowledge or involvement in those activities. I trust that justice will be served, and he will spend the rest of his life in prison.

In the past few days, numerous allegations have been swirling regarding sexual harassment claims and allegations of which I had no knowledge. It is unfortunate that the mob mentality has come out in this way to defame, tarnish and attempt to ruin my personal and professional reputation. I am confident a full investigation will uncover the facts and prove my innocence.

However, I signed up for this party to help us elect Republicans and I want to ensure we can continue to do that. At this point, it’s in the best interest of the party and my mental health to resign from my position as Chairwoman, effective upon the conclusion of tonight’s Executive Committee meeting, and step away from the party.

I will be forever grateful and thankful for everything we’ve accomplished together in the past four years. From paying off our legacy debt to flipping Congressional seats to turning out a record number of votes for Republicans, we have much to be proud of.

Thank you for all you’ve done to make my experience a positive one. With great love, respect, and appreciation.

Carnahan also tweeted, "Thanks everyone for an amazing past four years! We’ve done much to build our party to where it is today and I’m proud of what we’ve accomplished. Remember, love always wins over hate, and I can’t wait to share what is next up in my career. Stay tuned!"

Thanks everyone for an amazing past four years! We’ve done much to build our party to where it is today and I’m proud of what we’ve accomplished. Remember, love always wins over hate, and I can’t wait to share what is next up in my career. Stay tuned!

This is a breaking news story. Stay with 5 EYEWITNESS NEWS for the latest updates on air and online.

Embattled Minnesota Republican Party Chairperson Jennifer Carnahan says she has no plans to resign but her own party could decide her future later Thursday night.

Carnahan reiterated to 5 EYEWITNESS NEWS’ Tom Hauser on Thursday that she had no knowledge that prominent fundraiser and donor Tony Lazzaro, who has close ties to Carnahan, was involved in any illegal activities. He was charged last week with child sex trafficking.

"I don’t think it’s fair for people to say things like that because that assumes it’s guilt by association because you’re friends with somebody," Carnahan said.

Several Republican leaders have called on Carnahan to resign, citing not only her ties to Lazzaro but also her role in creating a toxic work environment.

"To say it’s been this ongoing toxic work environment, I think that’s very unfair, and I think a little bit of it might be some former employees that maybe have an ax to grind with me for whatever reason and that’s fine. That’s one them," Carnahan said.

She also denied some specific allegations, saying, "Anyone that knows me knows I’m one of the most open-minded, open-hearted, kind people in the world. So to try to put that on me I think is just wrong."

When asked about the possibility of her resigning, Carnahan said, "We will have to see what happens in tonight’s discussion, but my intention is to put the best interests of the party first."

She wouldn’t confirm or deny whether she’s seeking a severance package.

The Minnesota GOP Executive Committee meeting was scheduled to start at 6:30 p.m. on Thursday.