Travel woes continue Friday as flights canceled, portions of I-90, I-35 closed

It’s going to be another busy day at the Minneapolis-St. Paul International Airport (MSP), as travelers continue to try to make their way to their holiday destinations and hope their flights aren’t canceled or delayed.

Thursday, hundreds of flights were delayed, which caused a long line of cars outside the airport. That traffic, as well as Friday’s traffic, are causing what’s expected to be the busiest travel days before Christmas. Wednesday may also be one of the busiest days due to the last-minute re-books to get out of town before the winter storm arrived.

According to MSP representatives, around 33,000 travelers are expected to hit the skies out of MSP Friday, but that is solely based on bookings and doesn’t include the travel vouchers issued by multiple airlines.

Thursday, more than 100 flights were canceled at MSP and hundreds of others were delayed. 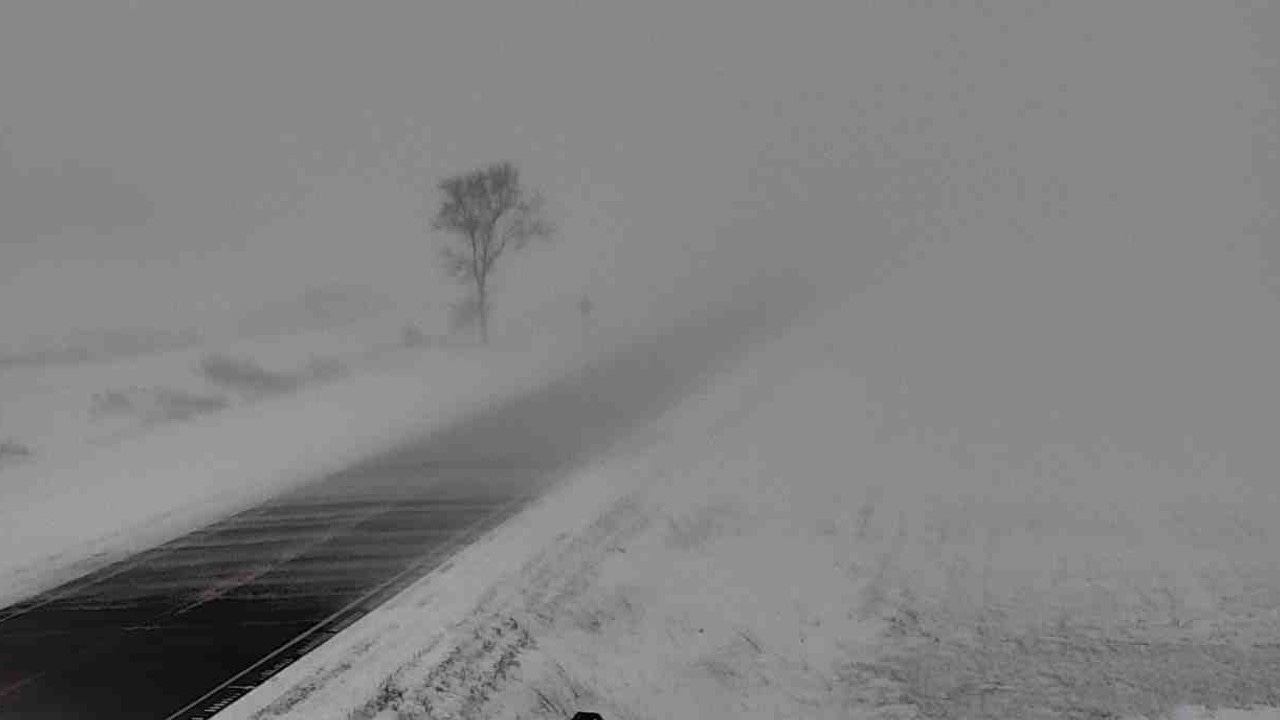 Nationally, there are more than 5,000 flights being canceled. In South Dakota, the Sioux Falls Regional Airport is closed until 6 p.m. Friday due to blizzard conditions. That closure started at 1 p.m. Thursday.

“We have nowhere to go, our dorms are closed, we are depending on family nearby,” said air traveler Noemi Serrano, a student.

“I couldn’t sleep after three this morning, but everything is fine… I’m optimistic!” said fellow air traveler, Cheri Anderson, who is going to Costa Rica.

Many travelers have been nervous about making their flights due to the forecast, which is calling for ground blizzards across the state. CLICK HERE to learn more about ground blizzards.

MnDOT temporarily re-opened Interstate 90 at 10:30 a.m., but announced shortly before 1 p.m. Friday the highway would close from the south Dakota border to Albert Lea once again starting at 2 p.m. In addition, a “No Travel” advisory remains in effect for all highways in Blue Earth, Brown, Cottonwood, Faribault, Jackson, Le Sueur, Martin, Nicollet, Nobles, Rock, Sibley, Waseca and Watonwan counties.

At 3:30 p.m., MnDOT announced that southbound I-35 at Albert Lea would close at 4 p.m. due to whiteout conditions in Iowa. The Iowa Department of Transportation closed the highway in northern Iowa. Motorists will now be unable to travel southbound on I-35 and westbound on I-90 at Albert Lea.

RELATED: MnDOT issues closures of portion of I-90, several state highways in southwest and southcentral MN

As of Friday morning, the 511 system for the Minnesota Department of Transportation (MnDOT) showed many highways and roads in southern Minnesota were closed. Closures also ran from the Iowa border north to Redwood Falls, Winthrop, Gaylord and St. Peter.

In addition, 511 shows north and west of those areas, travel wasn’t advised stretching from the Waseca area north to New Prague, and northwest to Hutchinson, Litchfield, Belgrade — all the way to the South Dakota border.

The conditions are so bad in some areas, including in Meeker County, that plows are being pulled off the roads.

According to 5 EYEWITNESS NEWS meteorologist Chris Reece, the worst of the windy conditions are expected Friday afternoon through Saturday morning, including the metro area. CLICK HERE for the latest forecast from 5 EYEWITNESS NEWS. Blizzard warnings for ground blizzards have been issued for much of the Midwest, including Minn., Wis., Iowa and the Dakotas. Those winds will also bring wind chills ranging from 25-to-40-below zero.

Overnight, the Minnesota State Patrol said there were 112 crashes statewide from 9:30 p.m. Thursday to 7:30 a.m. Friday. Eleven of those crashes involved injuries. There were an additional 140 vehicle spinouts and one jackknifed semi.

CLICK HERE for a list of the most current weather alerts, and HERE for road conditions. An interactive traffic map can be found below.

In Wisconsin, roads across much of the state were considered as either having slippery stretches or being snow-covered. CLICK HERE for the Wisconsin 511 system.

Below are some photos submitted by viewers. Share your pictures with us here.