A busy night at MSP.

“Just looking forward to the holidays with the family,” exclaims Carol Lowell, of Minneapolis. “I came in from Atlanta where it was nice and warm.”

But for passengers like Lowell, there’s been a holiday hurry up and wait.

“Lots of flights are coming in right now. There are a lot of flights delayed,” she says. “So you can see everybody inside, picking up their luggage and everything.”

At least 100 flights are now canceled and 75 are delayed. 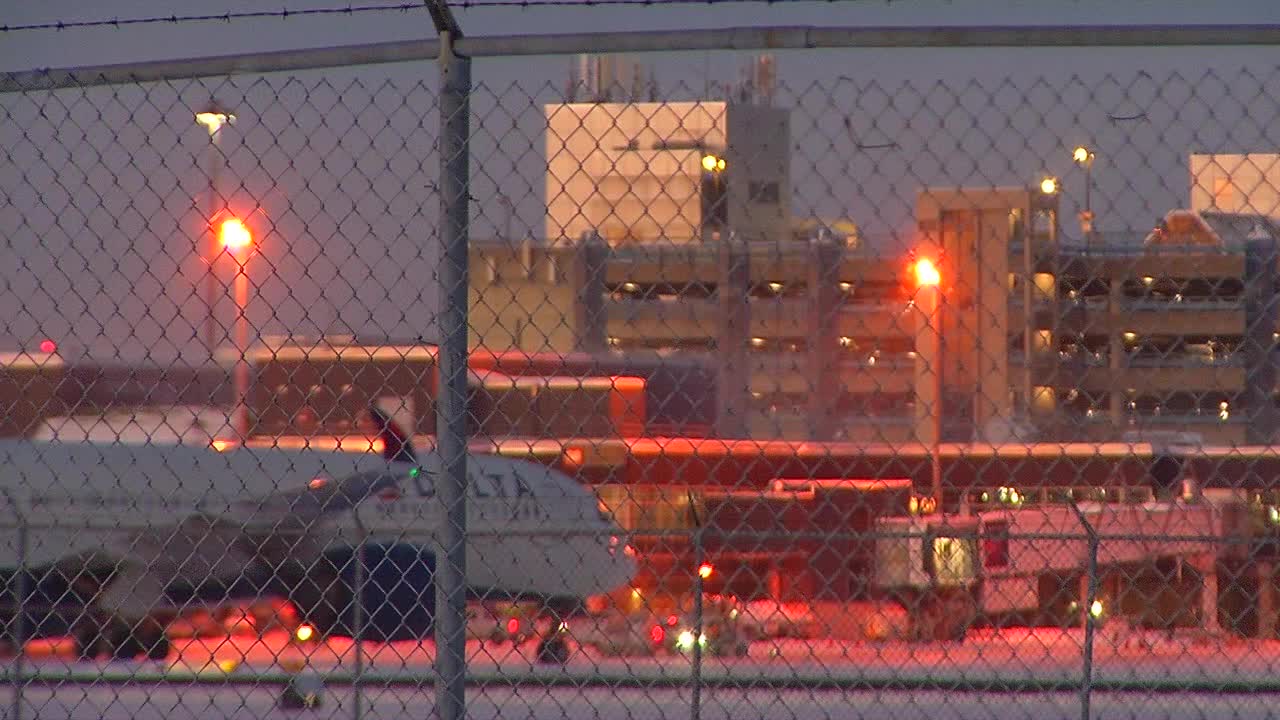 Barry Hoke, from Eau Claire, was among those camping out in their cars at the cell phone lot, waiting for his daughter Tracy’s flight to arrive — along with the family dog, Mabel.

Their plan includes driving back to Eau Claire — a good 90 miles away through tonight’s weather.

“The wind is picking up, but at least I’ll be going in the same direction as the wind, so that will help,” Hoke says. “Cross winds get kind of bad sometimes.”

Those flight delays also meant a long line of cars, their engines running, waiting outside the terminal.

“We’ve been waiting about an hour and a half now,” says Mary Mason, from Lakeville.

“It’s like a traffic jam. Kind of exciting though. My daughter is coming in from England, so I hope to see her out here soon,” Mason says.

Flightaware.com says more than 9000 flights are in the air just days before Christmas.

Sarah McGarr left an ice storm behind in Seattle to visit her sister here in Minnesota.

The bitter cold and expected high winds are a concern for Mike Hanson — both here and where his son’s flight began in Texas.

“It’s a little scary, the wind, coming out of Dallas, there’s strong winds down there, they actually had flurries down there,” he says.

Like many passengers, and the people waiting for them, there’s worry about the weather to come.