It’s been nearly a year since Saint Paul voters passed one of the strictest rent regulation ordinances in the nation. It caps annual rent increases at 3% regardless of a change in tenancy.

Earlier this year, the city established a set of rules that allows landlords to apply for exceptions beyond the 3% limit.

Renters and advocates have attended City Council meetings week after week to weigh in on proposed amendments to the ordinance.

“I do hope this council does take seriously the will of the voters,” said Vivian Ihekoronye, who lives in Ward 5 and is an ISAIAH lead organizer. “We are looking to see if there will be a change to removing full vacancy decontrol.” 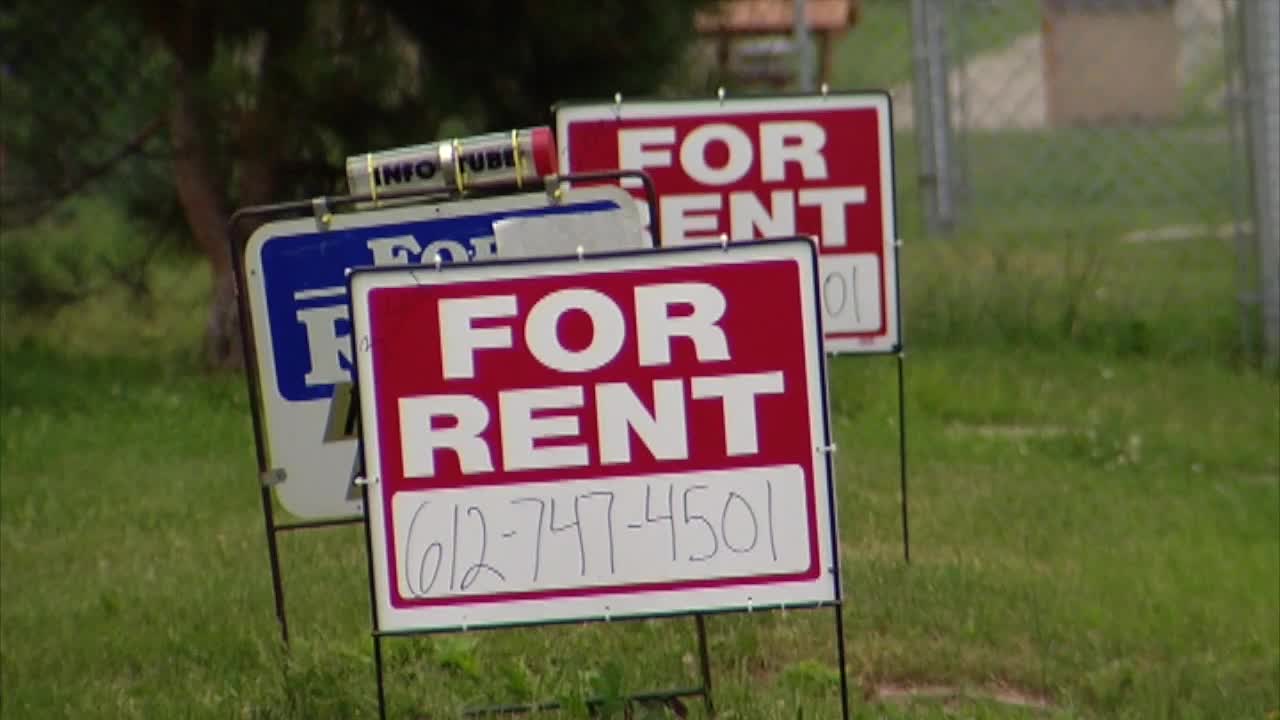 A series of "for rent" signs are placed in a line. (KSTP/file)

Last week, City Council Member Jane Prince introduced a full vacancy decontrol amendment. It would allow a landlord to raise rents any amount after a change in tenancy after what’s called a ‘just cause vacancy’.

Reasons for a just cause vacancy are detailed in the ordinance and include a tenant refusing to re-sign a lease offered to them by the landlord, the landlord seeking to rehabilitate or renovate the unit, a tenant violation such as failure to pay rent or creating substantial damages, a landlord or family member wanting to move into the unit, building demolition, and a government order to vacate.

Discussion on the amendment resumed during Wednesday’s meeting.

“Vacancy decontrol allows landlords to preserve long tenancies without having to raise the rent every year, knowing that at the end of the rental period they can reinvest in the unit and maintain their market rate,” explained Prince.

“I feel disappointed by the path this has gone down,” said Jalali. “I think this is a bad precedent set to our city.”

Community members also shared their concerns about the amendment.

“If you are a landlord who is really focused on making profit at all costs, you might actually try to push your tenant to be evicted to leave the unit in order to make that unit empty so that way you can increase the rent as much as you want,” said Ihekoronye.

Council President Amy Brendmoen and Council Member Chris Tolbert responded to the criticism with an additional amendment, which was presented as a compromise.

“What we heard loud and clear that folks were concerned we were giving out a blank check,” said Brendmoen.

The new amendment would still allow landlords to raise rents following a change in tenancy under the just cause vacancy provision but it would cap that increase at 8% plus the Consumer Price Index.

“I will support this amendment because it makes something better that I think was bad,” said Jalali. “I still think this is a policy direction that will create issues in our city.”

Noecker added, “I also left last week’s meeting feeling very uncomfortable with where we landed having voted against full decontrol. I really appreciate my colleagues hearing those concerns and I think this provides much stronger protection for tenants.”

The Council unanimously approved the new amendment. There will be a public hearing on it next week, when the Council also hopes to pass the full amended rent stabilization ordinance.

Previously, the City Council advanced additional amendments to the ordinance, including a 20 year new construction exemption. Disorderly conduct was also removed as a reason for a just cause vacancy, and fluctuations in the Consumer Price Index was added in the section pertaining to return on investment.

The council also approved provisions to notify tenants before signing a lease whether a unit is rent-controlled and whenever a landlord has applied for an exemption.

“This is not cast in stone, it’s a great experiment and something we’re doing to improve the lives of our community and to increase housing units which we desperately need,” said Brendmoen.