St. Paul City Council is considering an overhaul of the city’s rent stabilization ordinance, which was passed by voters in the last election.

The policy, which went into effect in May, caps rent increases at 3% per year.

Now some buildings and developers may be able to get around the rules, if proposed changes go into effect.

City council heard from renters, landlords and developers Wednesday about how the policy is working and what people would like to see moving forward. 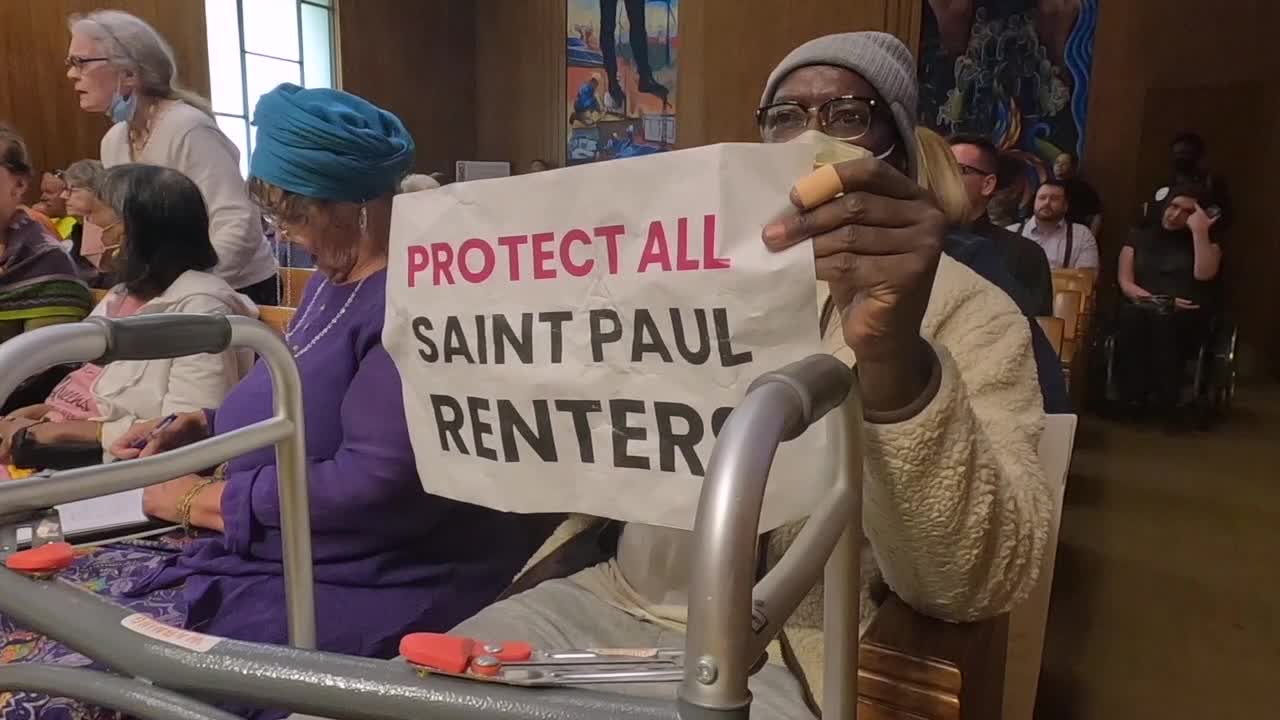 A St. Paul resident holds a sign during a city council meeting (KSTP).

“These are not minor changes. Some of these are very major changes,” said Margaret Kaplan, president of the Housing Justice Center, which was one of many organizations that came together to get the original rent stabilization measure on the ballot. “I think it is important for people to look at what they voted for and then also to think about what the city council is doing today and to ask themselves: is this consistent with the will of the voters?”

Those in favor of the proposed changes, such as affordable housing developers, say they need the extra leeway to raise rent when appropriate because money is tight for them as well.

Both sides agree that there is more work to be done when it comes to working out the details of rent stabilization in the city.

The amendments that passed Wednesday now go into a larger rent control amendment that the city council is scheduled to vote on next week.

You can reach out to your council member with any thoughts or concerns on this issue before their next vote.