The largest tourist attraction in the state updated its procedures days after a 19-year-old was shot and killed inside Nordstrom.

Three people have been charged and arrested in connection to that crime. A fourth suspect, 17-year-old Lavon Longstreet, is also charged with second-degree murder, but officials say he is on the run. 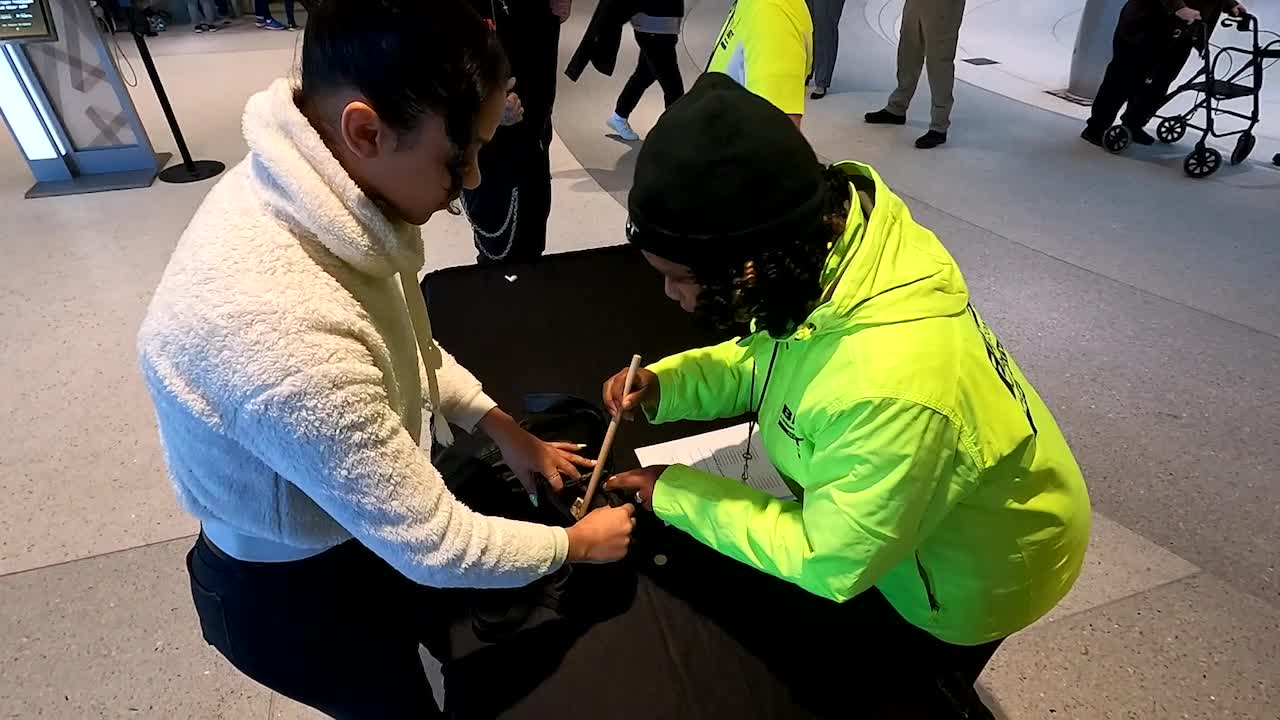 A Mall of America employee searches a patron's bag at a security checkpoint Friday, Dec. 30, 2022. (KSTP)

“It’s a sad state of affairs, but it’s reality,” said Phil Burke, a shopper from Austin, Minnesota. “That makes me feel better. I fly all the time, and it’s routine for me, so it’s no difference. I’d rather have them do that than nothing at all.”

Johntae Hudson of St. Paul was shot and killed inside the mall’s Nordstrom store on Dec. 23. Police say it all started with a fight involving up to nine people.

“Hearing and seeing this stuff continually happen is tough and we need to focus on solutions,” Hanks said.

Gov. Tim Walz is calling the most recent violence unacceptable and addressed mall security on Friday.

“We’ll see what comes out of where the experts are at, what they request, but I think one of the things is we’re in a position to be good partners, and the state of Minnesota can help provide the resources to make sure those plans are implemented,” Walz said.

Within the past year, there have been multiple gun-related incidents at Mall of America.

In August, nobody was hurt after shots were fired into a crowded Nike store. Weeks later, there was an armed robbery at the Lids store when a man walked in armed with an AR-style rifle. On New Year’s Eve 2021, the mall went into lockdown after someone shot two people on the second floor.

“This is an incredibly important piece of Minnesota,” Walz said. “It’s a place where people gather, and we need to make sure people feel safe here.”

Mall of America is calling the security upgrades “significant,” saying you will see added security officers including the increased presence of Bloomington Police. In October, the mall tested out a weapons screening system, a machine that alerts security to have a visitor empty their pockets or open a bag. It’s unclear if the mall uses this technology in the future.

“We need to take whatever measures are necessary and this is definitely necessary,” Hanks said, adding: “I’d rather take a couple seconds to make sure that everybody in here in safe.”