If you like to watch reruns, keep an eye on the Minnesota 2nd Congressional District race between Democratic incumbent Angie Craig and Republican challenger Tyler Kistner.

“This is a tight race,” Carleton College political analyst Steven Schier said, struggling to describe just how close this race could be. “There’s no favorite. It’s a toss-up. It could go either way. A lot of variables in play here. Impossible to predict.” He settled for all of the above.

For the second election cycle in a row, there’s also the complicating factor of a deceased candidate on the ballot. 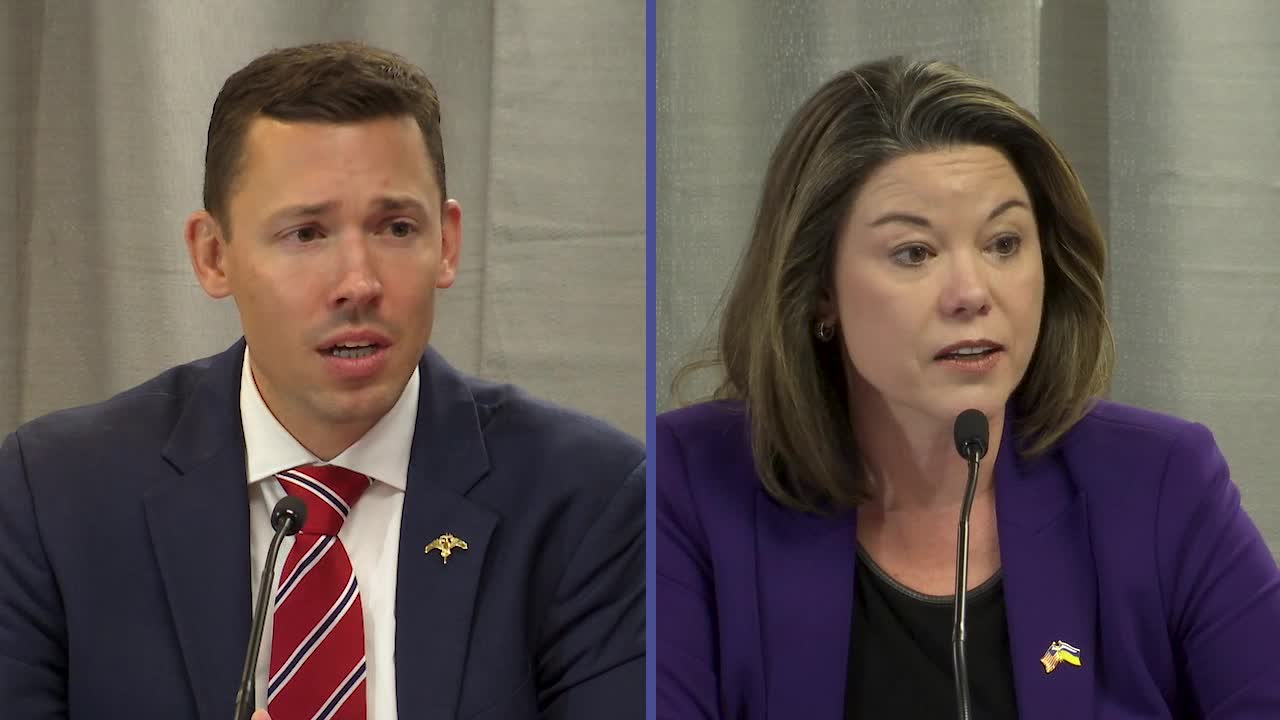 In 2020, another Legal Marijuana Now candidate, Adam Weeks, died not long before Election Day and his name remained on the ballot. He received nearly 25,000 votes, or nearly 6%.

“Paula Overby needed to be in this survey, and it needed to be presented as the voters will find Paula Overby on the ballot because when they go in on Election Day, they’re not going to receive a special notice that, ‘Hey, by the way, this person is deceased,’” Schier told 5 EYEWITNESS NEWS after analyzing the poll.

Our 2022 poll also indicates a big gender gap similar to what we’ve seen in other races.

Any way you slice the numbers, it points to a very close race, according to Schier.

“When you look at the issues that are motivating the vote on one side the Democratic issues and on the other side the Republican issues, you can see how this becomes basically a toss-up,” he said.

SurveyUSA interviewed 750 adults from Minnesota’s 2nd Congressional District from Oct. 13-16. Of the adults, 660 were identified as being registered to vote; of the registered voters, 586 were determined by SurveyUSA to be likely to vote in the Nov. 8 general election or to have already cast their ballot.

This research was conducted using blended sample, mixed mode. Respondents reachable on a home telephone (39% of likely voters) were interviewed on their home telephone in the recorded voice of a professional announcer, using telephone sample of registered voters purchased from Aristotle in Washington DC. Respondents unreachable on a landline telephone (61% of likely voters) were shown the survey questions on the display of their smartphone, laptop or tablet, using online adult panelists chosen randomly by Lucid Holdings, LLC of New Orleans.

The combined pool of survey respondents was weighted to US Census targets for gender, age, race, and home ownership.