Early Wednesday morning, 22-year-old Amir Locke was inside a Bolero Flats apartment in downtown Minneapolis. He was deep asleep when Minneapolis Police entered the residence to execute a search warrant, according to Locke’s parents.

“He was laying on his stomach, under the cover on his stomach, with his face down,” said Andre Locke, Amir’s father. “I know this kid, I’ve known this kid all his life.”

He described his son as “a bright light”, as he expressed his grief during a press conference on Friday afternoon.

“Put yourselves in our shoes, how does that feel to know that your son is sleeping comfortably in a safe place, peacefully and someone takes it upon themselves to choose who lives and who dies,” said Andrew Locke.

According to family members, Amir Locke was staying at his cousin’s apartment when officers unlocked the door and entered. 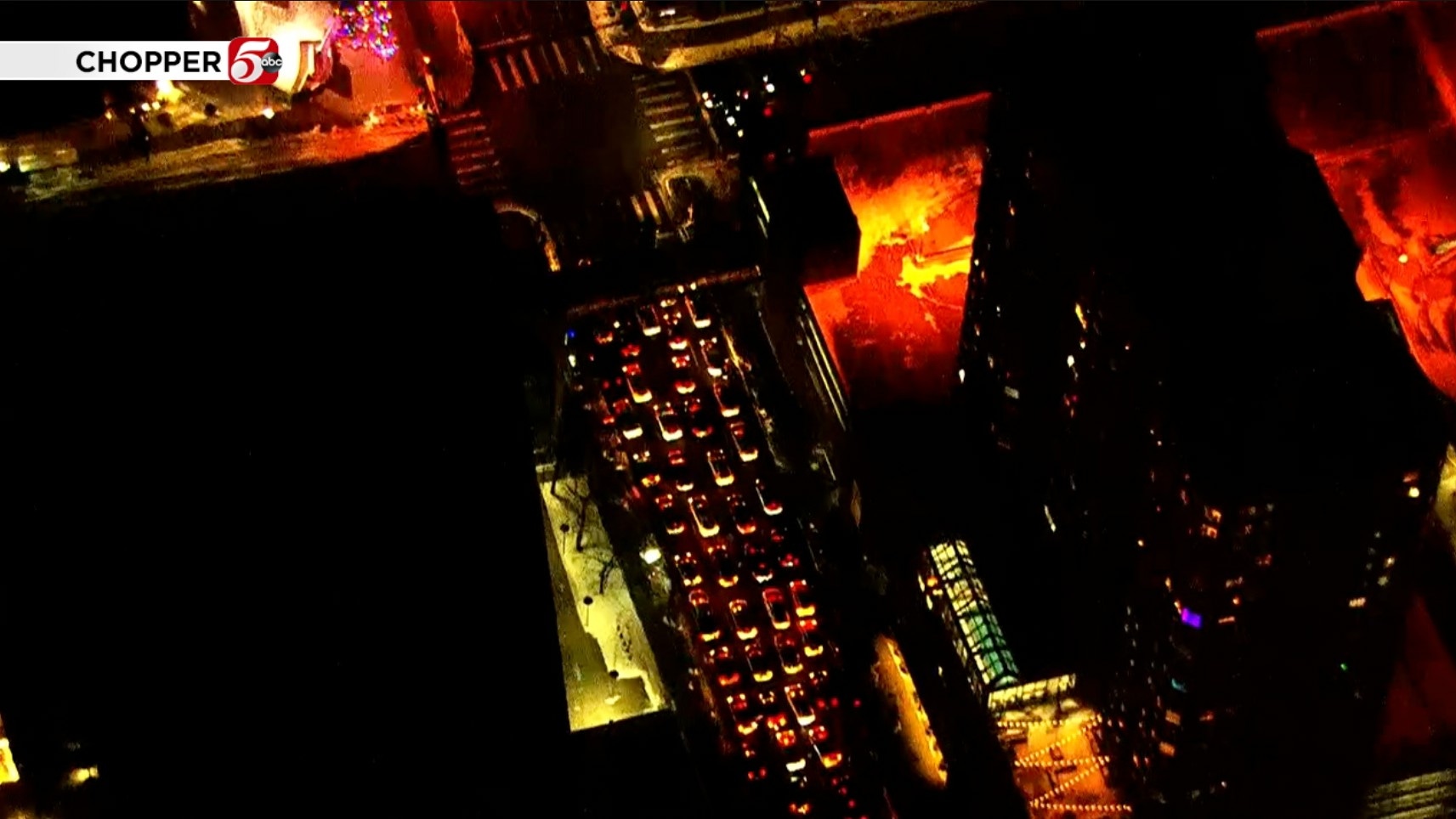 Minneapolis Police released a still frame from the bodyworn camera footage, which shows Locke had a gun in his hand as he rose up from the couch.

According to his family, Amir Locke was licensed to carry a gun.

“Of course he had his gun by his side, because where else is he going to put it? He was sleeping at somebody else’s house.” said Linda Tyler, his aunt.

“Amir wasn’t even moving until the officer startled him when he kicked the couch,” said Andre Locke, who said he watched the body camera footage about three times with city officials.

Locke said he noticed the position of his son’s finger, which was not on the trigger.

“He was taught right, that he was trained right. He listed to my cousin, my cousin is a federal law enforcement officer,” said Locke. “For me to see where his finger was, on the gun, alongside the barrel with his thumb up, I said, ‘We’ll get justice for Amir’.”

The Minnesota Gun Owners Caucus released a statement on Friday addressing the shooting. Chair Bryan Strawser wrote, “Mr. Locke appears to be sleeping on the couch during the execution of a no-knock warrant. He is awoken with a confusing array of commands coming from multiple officers who are pointing lights and firearms at him.”

Senior Vice President of Governmental Affairs Rob Doar added, “Mr. Locke did what many of us might do in the same confusing circumstances, he reached for a legal means of self-defense while he sought to understand what was happening.”

Minneapolis Police Officer Mark Hanneman has been identified as the officer who shot and killed Locke.

“I want the police officer that murdered my son to be prosecuted and fired,” said Karen Wells, Locke’s mother.

Ward 6 Council Member Jamal Osman joined family members at the press conference, where he said, “Publicly, right now, I will call the mayor and tell him fire that officer, fire that officer. We need justice.”

Interim Police Chief Amelia Huffman said on Thursday that Officer Hanneman had to make a split-second decision when he saw the gun.

Huffman said, “to assess the circumstances to determine whether he felt like there was an articulable threat and whether the threat was of great bodily harm or death, and that he needed to take action right then to protect himself and his partners.”

When asked by 5 EYEWITNESS NEWS for the specific point in the video where Locke pointed a gun at the officers, she said Hanneman was just outside of the frame, in the direction the barrel emerged from the blanket.

“Certainly when the county attorney’s office is reviewing the case they will be carefully examining all of those factors,” said Huffman.

“But it’s important that we wait for all of the facts to get out in terms of why that search warrant was conducted at that time, what police were looking for, who and what they were expecting there,” he said.

He disagrees with the calls to fire the officer. He told 5 EYEWITNESS NEWS he feels the officers followed policy and if people want to change policy, that’s up to lawmakers — not police.

“It’s important to point out high-risk search warrants can be very dangerous to police officers,” he said.

Last year, lawmakers passed new restrictions on no-knock warrants, including requiring law enforcement agencies to report any use of those warrants to the Department of Public Safety. The measures were less than what some DFL lawmakers had hoped to make.

Members of the United Black Legislative Caucus gathered Friday evening for a healing event. They answered questions about current state law and pledged to work to pass additional regulations in the upcoming legislative session.

“I just don’t want to see it happen to anyone else,” said Andre Locke.

Policing, particularly with a SWAT team, is a dangerous, high-stress profession where officers are forced to make important split-second decisions in defense of themselves and fellow officers, especially when weapons are involved. Weapons are drawn and used when officers are faced with significant safety threats.

This particular SWAT team was conducting a homicide-suspect search warrant, authorized by a judge, as part of an investigation of a violent crime. Officers were obviously prepared for a very dangerous and high-risk situation. During the event, as shown in the body-camera footage, Officer Hannemen quickly encountered Mr. Locke who was armed with a handgun and made the decision to use deadly force. No officer goes into a dangerous setting like this wanting to use a weapon. That decision was not taken lightly, and the impact of the use of deadly force will affect these officers, their families, and the family of Mr. Locke for the rest of their lives.

We express our sympathies to the family for the loss of Amir Locke that resulted from this tragic chain of events as well as our support of the officers and their families.”