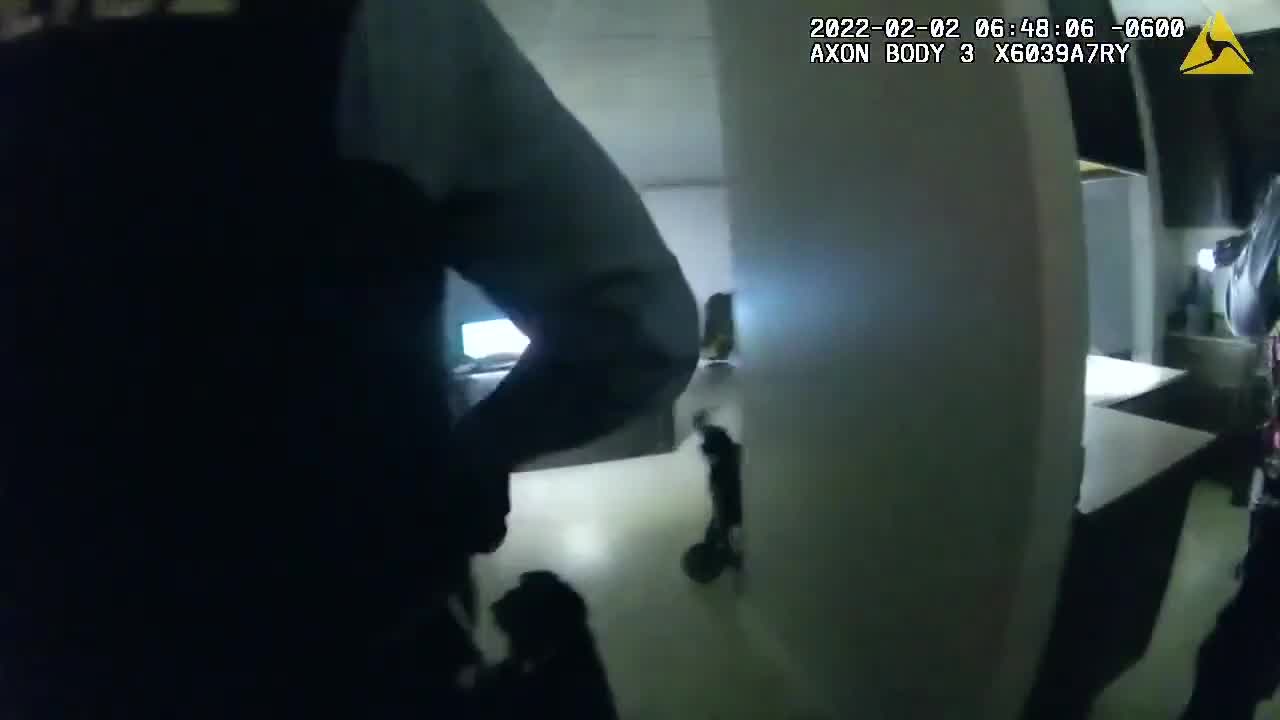 The family of Amir Locke spoke out Friday and Hennepin County Attorney Mike Freeman announced he and Minnesota Attorney General Keith Ellison will be working together to review Locke’s death.

Locke, 22, was shot Wednesday morning while a search warrant was being served in connection with a St. Paul homicide case.

Police stated Thursday that Locke wasn’t named in the search warrant. Locke was staying at a family member’s home at the time, his family said Friday.

The officer who shot Locke was identified as Minneapolis police officer Mark Hanneman.

Civil rights attorney Ben Crump said during a Friday morning news conference that Locke’s family was “just flabbergasted at the fact that Amir was killed in this way” and disgusted at how the SWAT team raid was conducted.

“They didn’t even give him a chance,” Crump said.

Meanwhile, members of the Unity Community Mediation Team (UCMT) also responded Friday to the release of the body camera video.

The Hennepin County Medical Examiner released its report Friday as well, saying Locke’s death was caused by multiple gunshot wounds. While the examiner ruled the manner of death was a homicide, the report also stated that the “manner of death classification is a statutory function of the medical examiner, as part of death certification for purposes of vital statistics and public health. Manner of death is not a legal determination of culpability or intent. Under Minnesota state law, the Medical Examiner is a neutral and independent office and is separate and distinct from any prosecutorial authority or law enforcement agency.”

Earlier Friday, Hennepin County Attorney Mike Freeman announced he and Minnesota Attorney General Keith Ellison will be working together to review the death of Locke.

According to Freeman, Daniel Mabley, a retired judge and now Chief Criminal Deputy in the Hennepin County Attorney’s Office, has been asked to lead the office’s efforts.

Freeman says he and Ellison will work with the Minnesota Bureau of Criminal Apprehension (BCA) during the evaluation, saying they will decide if criminal charges should be filed.

“Amir Locke’s life mattered. He was only 22 years old and had his whole life ahead of him. His family and friends must now live the rest of their lives without him.

“I promise the Locke family and all Minnesotans that we will work with the Hennepin County Attorney’s Office to conduct a fair and thorough review of the BCA investigation and that we will be guided by the values of accountability and transparency.

“My heart is with the family and friends of Amir Locke. An investigation is underway so we don’t have all the facts yet, but a 22-year-old life ending in gunfire is a tragedy.

“Minnesota made strides last year, passing statewide restrictions on the use of no-knock warrants. But the events leading to the death of Amir Locke illustrate the need for further reform. To ensure the safety of both residents and law enforcement, we need to make additional changes to police policies and practices regarding the execution of search warrants.

“We can be a state that values both public safety and accountability. We can and must make change in Minnesota. I am committed to getting answers, and I am committed to creating a state where all Minnesotans live without fear for their safety.”

“Attorney General Keith Ellison and County Attorney Mike Freeman are right to partner on, and commit to, a thorough review of the tragic death of Amir Locke,” said Frey. “This morning I shared with them my support for this partnership in arriving at a well-informed decision following the BCA investigation.”

While many facts remain unknown at this time, information indicates that Amir Locke was a law-abiding citizen who was lawfully in possession of a firearm when he was shot and killed by Minneapolis Police on the morning of February 2nd.

“As seen in the body-worn camera video released by Minneapolis Police, Mr. Locke appears to be sleeping on the couch during the execution of a no-knock warrant, ” stated Bryan Strawser, Chair, Minnesota Gun Owners Caucus. “He is awoken with a confusing array of commands coming from multiple officers who are pointing lights and firearms at him.”

“Mr. Locke did what many of us might do in the same confusing circumstances, he reached for a legal means of self-defense while he sought to understand what was happening, ” added Rob Doar, Senior VP, Governmental Affairs.

Mr. Locke was not a suspect in the crime for which the warrant was issued and was not named at all in the search warrant.

“The tragic circumstances of Mr. Locke’s death were completely avoidable, ” stated Doar. “It’s yet another example where a no-knock warrant has resulted in the death of an innocent person. In this case, as in others, the public should expect and receive full transparency and accountability from law enforcement agencies that serve and protect our local communities.”

The Minnesota Gun Owners Caucus expects a transparent and independent investigation into the circumstances of this tragic incident.

Stay with 5 EYEWITNESS NEWS and KSTP.com for updates on this developing news Friday.