Family members and activists spoke out Friday afternoon in response to the release of Minneapolis police body camera video of the death of Amir Locke, demanding increased transparency and new leadership in the Minneapolis Police Department.

The Communities United Against Police Brutality group is gathered alongside Locke’s parents and other family members at Minneapolis City Hall.

Locke, 22, was shot Wednesday morning while a search warrant was being served in connection with a St. Paul homicide case. 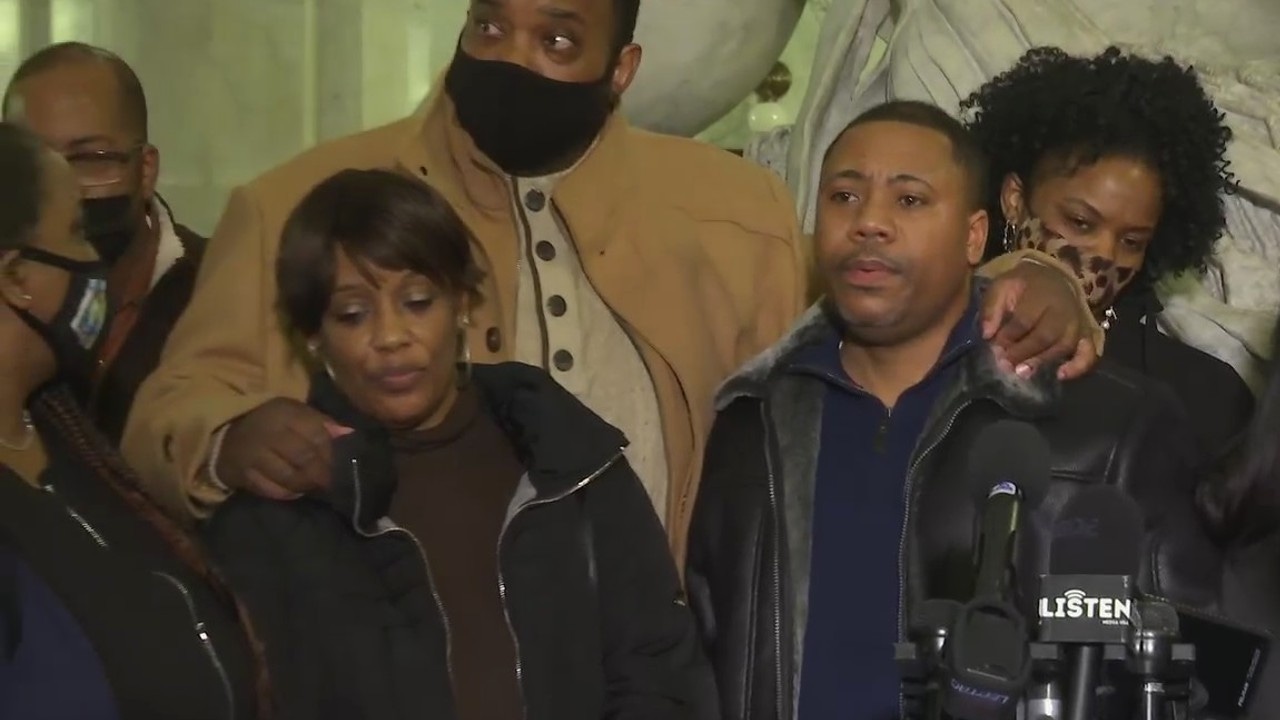 Police said Locke pointed a loaded gun “in the direction of officers.”

The officer who shot Locke was identified as Minneapolis police officer Mark Hanneman.

Storms called Locke’s death a “wholly avoidable situation” and added, “Unless we stand up and demand real actual change and accountability, we’re all going to be back here again.”

“At the end of the day, I believe that (Amir) was executed by the MPD and I want the police officer that murdered my son to be prosecuted and fired,” Karen Wells, Locke’s mother, said.

Wells added, “My son didn’t deserve what happened to him.”

“How does that feel to know your son is sleeping comfortably, in a safe place, peacefully, and someone takes it upon themselves to choose who lives and who dies,” Locke’s father, Andre, asked the room.

“I just don’t want to see it happen to no one else,” Andre Locke added.