“They’re not alone”: Minnesotans with loved ones in Ukraine rally to denounce invasion

On a cold and snowy Thursday afternoon, the bells of St. Constantine’s Ukrainian Catholic Church rang out across University Avenue in northeast Minneapolis.

It was the day after the Russian invasion of Ukraine began.

“We’re here in solidarity with our friends and families in Ukraine, to show them they’re not alone,” declared Stephen Vitvitsky of Minneapolis.

He and several dozen other members of the Ukrainian American community gathered outside to denounce the invasion — and to talk about relatives in harm’s way in their home country.

“I’d say the overwhelming sentiment is one of massive anxiety,” Vitvitsky says. “People are terrified and rightly so, they’re being invaded. Russian bombs are raining down all around Ukraine from the East to the West.”

Vitvitsky says he’s seen the news reports of helicopters flying over smoking ruins, debris and wreckage on the ground and traffic gridlock, as people try to flee the capital, Kyiv. 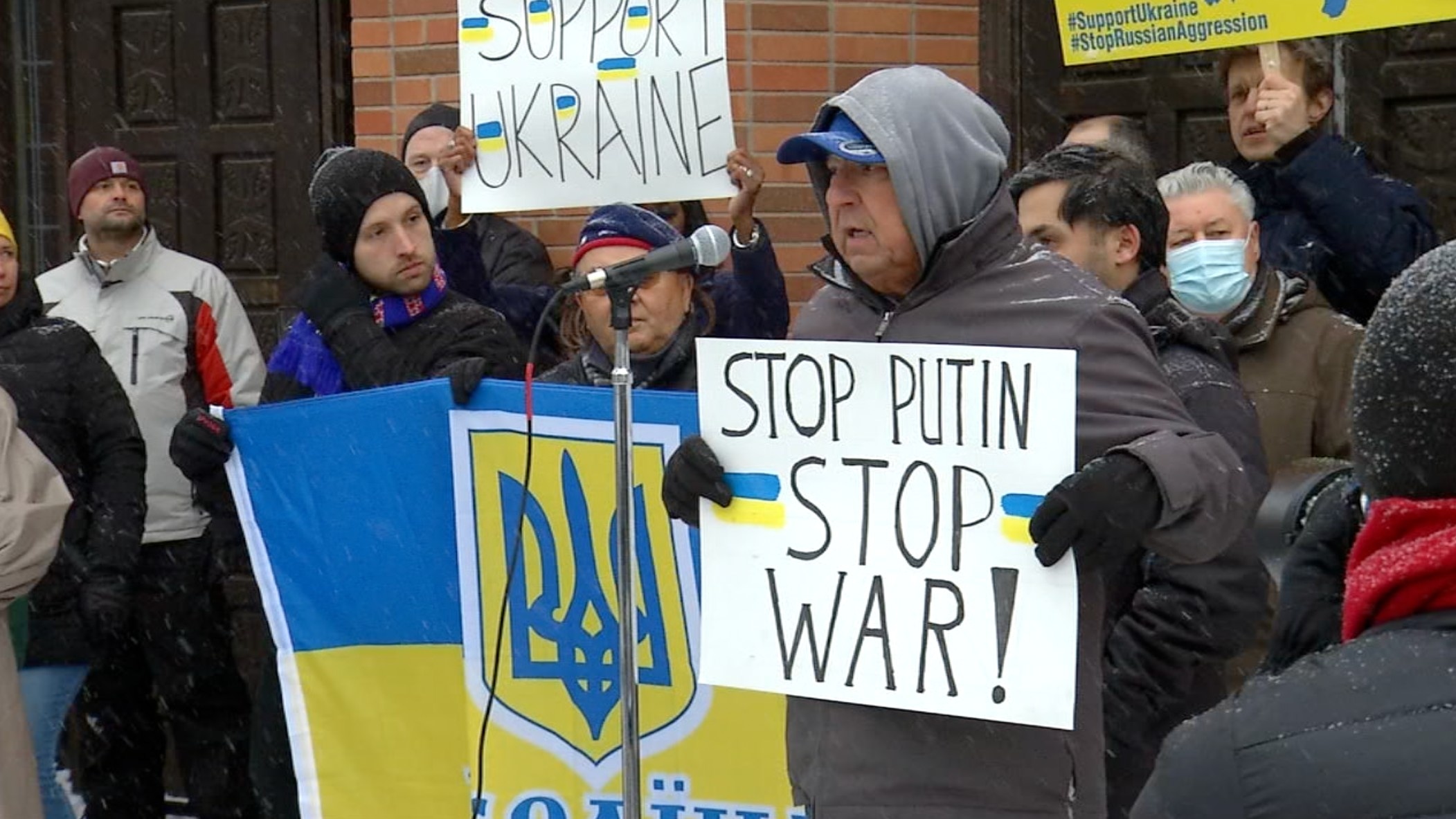 “You can’t look away, it’s deeply traumatizing,” he notes. “This is not a small-scale invasion, this is affecting every part of Ukraine and every Ukrainian.”

On Thursday, there were other protests in New York, Chicago, and even Moscow — where nearly 1000 activists were detained by Russian authorities with officials warning that unauthorized protests are illegal.

“I would implore all our leaders to impose as tough a sanctions as possible,” says Brook Kabanuk, whose grandparents came to Minnesota from Ukraine. “We all knew this day was going to happen, but of course, when the day comes, nobody’s prepared for it.”

Several people in attendance say they hoped the U.S. would provide additional military aid to Ukraine.

The Biden administration has sent more than $650 million in military assistance there over the past year.

For many at the gathering, the mounting fear, terror, and destruction is a very personal thing.

“I was raised to be prideful of my country, and I am,” says Halina Alexejun of Minneapolis. “That’s why this affects all of us. My mother and father emigrated after World War II when they fled.”

She says family members in Ukraine are sheltering in place, but adds Ukrainians are bred to fight for their country — and she says they will.

“It’s heartbreaking because my family fled Ukraine and to know how hard generations before me have fought for democracy, and this diabolical man has invaded our country,” Alexejun says. “And we deserve better.”