President Joe Biden on Thursday announced a new round of sanctions targeting Russia after its invasion of Ukraine, charging that Russian leader Vladimir Putin “chose this war” and that his country will bear the consequences of his action.

EXPLAINER: Just how hard could US sanctions hit Russia?

The penalties fall in line with the White House’s insistence that it would look to hit Russia’s financial system and Putin’s inner circle, while also imposing export controls that would aim to starve Russia’s industries and military of U.S. semiconductors and other high-tech products.

Biden, for now, held off imposing some of the most severe sanctions, including cutting Russia out of the SWIFT payment system, which allows for the transfers of money from bank to bank around the globe, or Russia’s energy sector. 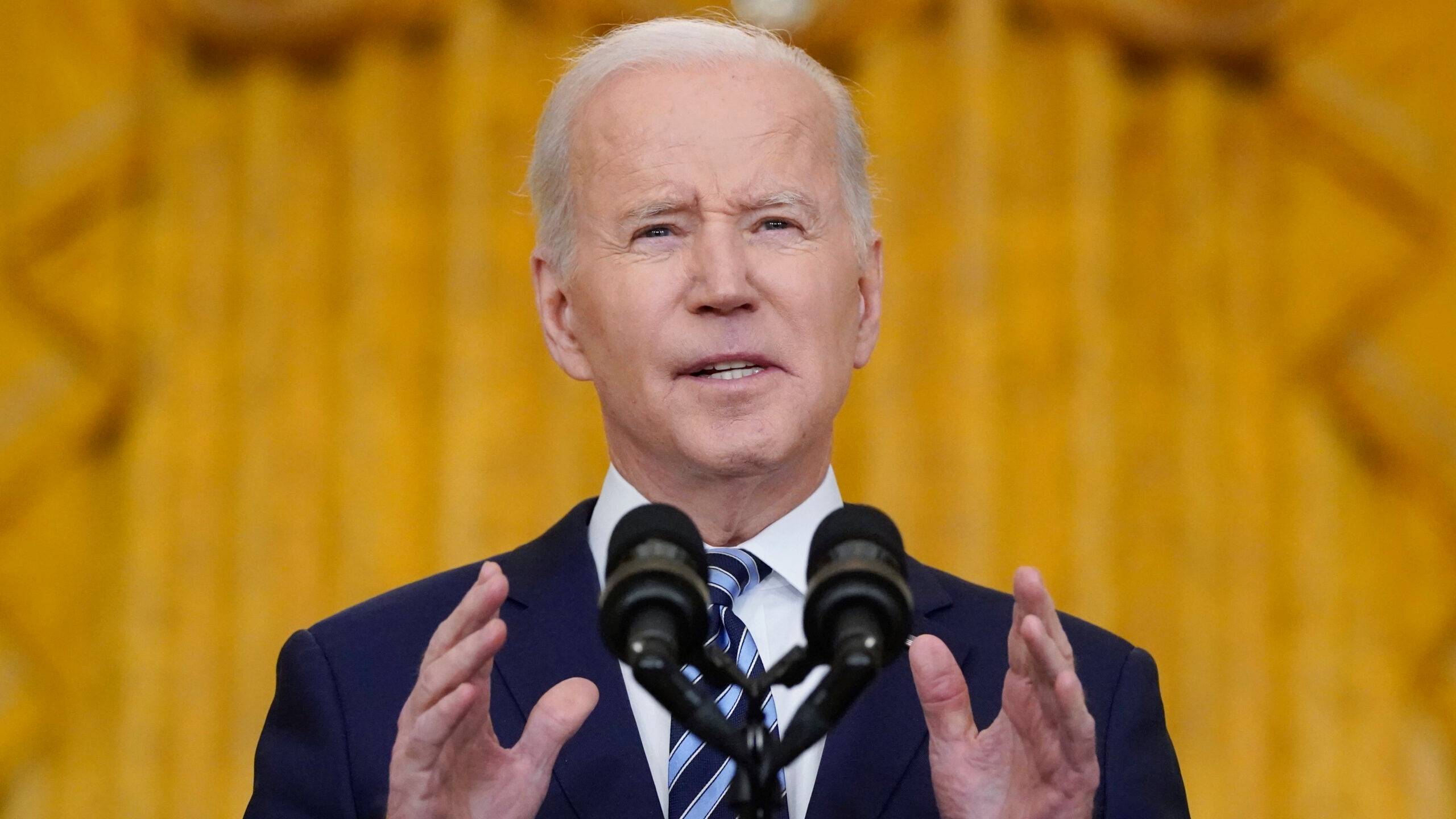 President Joe Biden speaks about the Russian invasion of Ukraine in the East Room of the White House, Thursday, Feb. 24, 2022, in Washington. (AP Photo/Alex Brandon)

Biden announced the sanctions as Ukraine’s government reported mounting casualties as Russian forces attack from the east, north and south.