Politicians and groups across the country are reacting to the decision by justices of the United States Supreme Court to overturn Roe v. Wade.

You can find a compilation of statements from both political parties and groups below.

“Reproductive rights are on the ballot in November, and the stakes could not be higher. The governor’s office is now the last line of defense against an abortion ban in Minnesota. My opponent has pledged to use this decision to ban abortion without exceptions for rape and incest. This is my pledge: not on my watch.”

“This disastrous ruling leaves Minnesotans with a clear choice. As long as we are in the governor’s office, Gov. Walz and I will not put anti-choice judges on the state Supreme Court and we will block any anti-choice legislation. The Republican ticket has promised to pass one of the most extreme abortion bans in the nation – we cannot let that happen. We ask Minnesotans to come together to protect our reproductive rights from a dangerous anti-choice agenda.”

“We have seen many lives diminished after this court ruling decades ago. While Minnesota’s Supreme Court ruled that there is a right to an abortion, as governor I still want to seek out loving and caring alternatives like universal adoption, family planning measures to prevent pregnancies and policies like counseling and alternative referrals, medical assistance and other measures that value people – both born and unborn. I will be a leader that will solve problems, as I have done before such as bipartisan insulin legislation, which values life.  Minnesota values are not ‘up-to-the-moment-of-birth’ abortions as Tim Walz and Peggy Flanagan support. The restrictions allowed by our courts are supported by the vast majority of Minnesotans and late term, nine month abortions championed by Tim Walz are not Minnesota values. I would ask Minnesotans to carefully reflect on that position, along with many other distinctive differences like gas prices, public safety and inflation and choose better leadership that offers positive solutions for this state.”

“This is an unfathomably grim day for our state and our country. I am heartbroken—for the millions of Wisconsinites and Americans the U.S. Supreme Court has abandoned and for our country and our democratic institutions. This is an absolutely disastrous and unconscionable decision by the U.S. Supreme Court, the consequences of which I hoped to never see again in my lifetime. I know many across our state and nation are scared—worried about their own health and about the health and safety of their family members, friends, and neighbors, who could very soon see the ability to make their own reproductive healthcare decisions stripped from them. My heart breaks for them, I grieve for them, and I pray for their strength and courage in the days ahead.

Our work to do the right thing for the people of this state must continue. We will fight this decision in every way we can with every power we have. As people in Wisconsin and across our country make their voices heard in the days and months ahead, we will do so peacefully and without violence. I’ve said it before, and I’ll say it again today: I will never stop fighting to make sure that every single Wisconsinite has the right to consult their family, their faith, and their doctor to make the reproductive healthcare decision that is right for them, and without interference from politicians or members of the Supreme Court who don’t know anything about their life circumstances, values, or responsibilities.”

“Today, the Supreme Court, aided and abetted by anti-abortion extremists in Congress, has failed our country and state by taking away Americans’ right to make their own medical decisions. Overturning Roe v. Wade directly contradicts the will of the public, advice of countless medical professionals, and decades of settled precedent and jurisprudence. As a result of this decision, Wisconsin’s 1849 abortion ban is now enforceable, and doctors in our state can be put in jail for doing their jobs.

Today’s decision underscores the importance of electing leaders at every level of government who will protect every person’s basic human right to make their own medical decisions. Governor Tony Evers and Attorney General Josh Kaul have been brick walls against Republicans’ war on reproductive health at the state level. Senator Tammy Baldwin and Representatives Gwen Moore, Ron Kind, and Mark Pocan have been fierce defenders and advocates for legislation that would codify abortion protections into federal law. 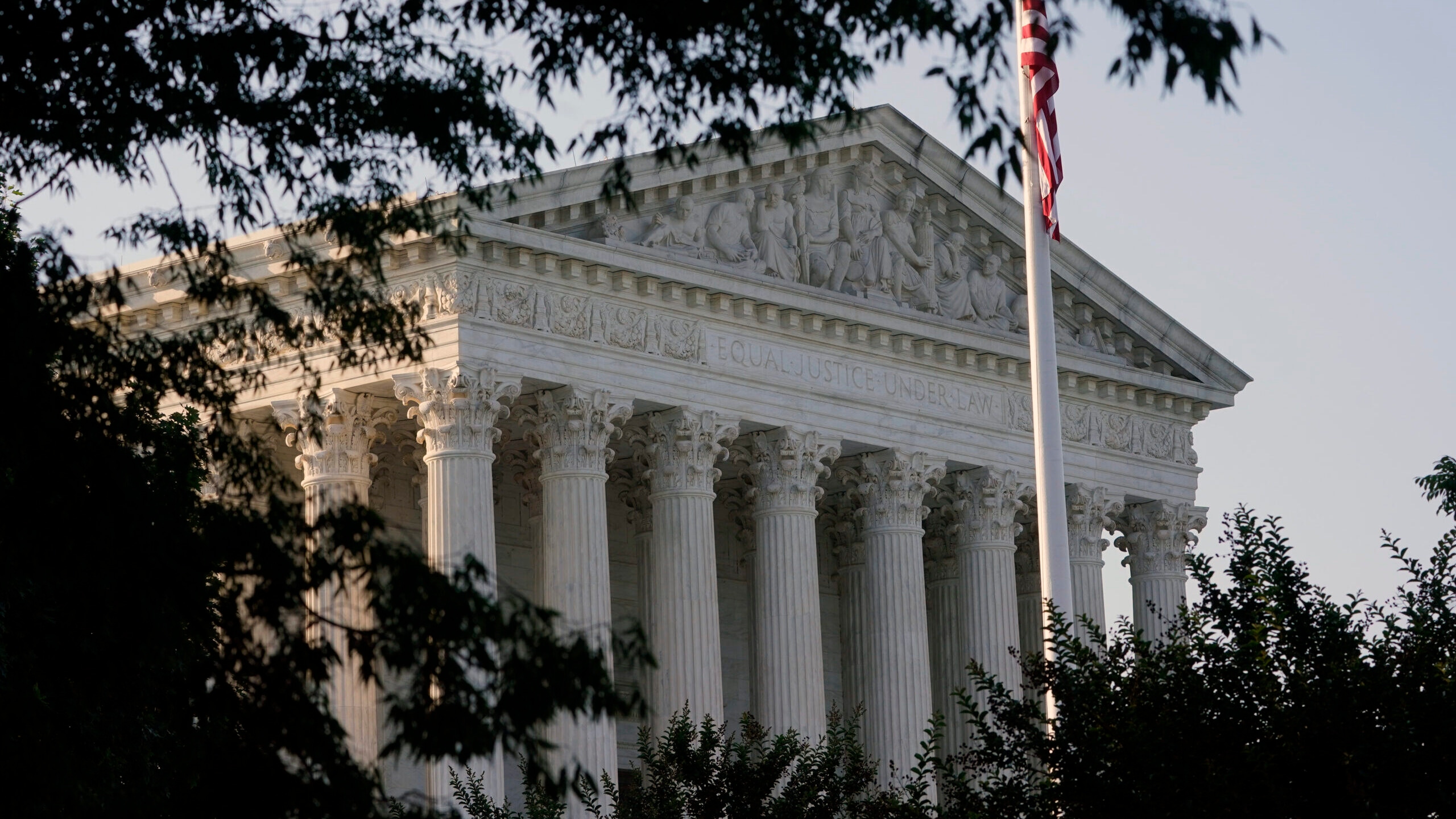 Now more than ever, abortion is on the ballot this November. All four Republicans running for governor have advocated for abortion bans that go beyond even the 1849 law and have vowed to pursue even more extreme restrictions on reproductive health care. Ron Johnson, who previously called the repeal of Roe v. Wade ‘the correct decision,’ has carelessly told Wisconsinites that if they don’t like the abortion laws in their state they simply ‘can move.’

The stakes of the 2022 elections couldn’t be higher: we’re fighting for the ability of each person to make their own decisions about their body, life, and future.”

In Wisconsin, the Associated Press reports Planned Parenthood has halted all scheduled abortions at its clinics in Madison and Milwaukee following the ruling.

Wisconsin has an 1849 law that bans abortion, except to save the life of the mother, but whether that law is enforceable was expected to be the center of yet-to-be-filed lawsuits.

Planned Parenthood of Wisconsin President Tanya Atkinson said in a statement Friday the group will now focus on getting patients in Wisconsin access to “safe abortion care where it remains legal, offering travel assistance, and providing appropriate follow-up care when they return home.”

Back in Minnesota, leaders in both the Republican and DFL parties sounded off on the high court’s ruling:

“Today is a victory for every unborn child, affirming their life has value and is worth protecting. Senate Republicans are committed to working together to find consensus on protections for babies, and support for moms and families who choose life.”

“Today life prevailed with a decision that will save countless unborn lives. While there is no immediate impact here in Minnesota, this is an important step toward building a nation that values and recognizes life as a gift that should be protected.

The United States has long been an extreme outlier on abortion on par with countries like North Korea and China who allow abortion up until the moment of birth. 90% of European countries have similar restrictions to those passed in Mississippi that were in question in the Dobbs case. It’s long overdue that we join the rest of the civilized world in providing protections for unborn babies with heartbeats and who can feel pain.

I am so grateful to the millions of pro-life Americans who have raised their voices, marched, voted, and prayed for this historic day.”

“This Supreme Court’s ruling is a travesty of justice that will inflict tremendous suffering on countless people across America. With federal abortion protection gone, we know that Republicans are going to redouble their efforts to ban abortion in Minnesota, as Scott Jensen, Doug Wardlow, and Jim Schultz have promised.

The Minnesota DFL Party and our leaders will do everything in our power to defend access to abortion. Voters who don’t want to see anyone jailed for seeking reproductive health care must show up and vote like our health depends on it, because it does. Republicans will use the same playbook they used nationally to erode protections for abortion here in Minnesota, and the only way to stop that is by defeating them at the ballot box.”

David Hann, Chairman of the Republican Party of Minnesota:

“This is a tremendous victory for the U.S. Constitution, the rule of law, and the sanctity of life. It was widely accepted that Roe v. Wade was deeply flawed on constitutional grounds. As Republicans, our party has always stood for human rights, including those of the unborn. With today’s rulings, The Supreme Court returned to the states and the people their rightful authority to govern themselves and protect the unborn.”

David Hann, Chairman of the Republican Party of Minnesota

“Today’s ruling is a calamitous decision that upends decades of precedent and rolls back fundamental rights for millions of Americans. And it is just the beginning of government overreach into the private, personal decisions of American families. The federal government has no place interfering in the decisions between a woman and her doctor, criminalizing abortion or enacting arbitrary laws that undermine women’s reproductive freedoms. Our state’s abortion laws are sensible and widely supported by the vast majority of Minnesotans – and I am fiercely opposed to any efforts to roll them back in accordance with this ruling.”

“Today’s historic ruling by the Supreme Court will save countless innocent lives. As the father of five beautiful children, I believe that all life has value and should be protected, and this ruling is a win for the sanctity of life. Additionally, this decision also returns decision-making power back to elected officials in states as intended.”

“Today is a victory for life and for those who have fought for decades to protect the unborn. For almost fifty years the decision of nine unelected Justices have prevented a democratically derived consensus on the profound moral issue of abortion to be formed.  This decision will now allow that democratic process to unfold in each state to determine at what point does society have the responsibility to protect life.  Hopefully, the debate will be conducted with sincerity, compassion, and respect for the broad range of views that people hold.”

An activist majority of the Supreme Court has overturned Roe and nearly 50 years of precedent, taking away the constitutional rights of American women to make their own personal choices about their body, their health, and their family. Republicans have taken Wisconsin women back to 1849 and it is Republicans who want to keep us there with support for having politicians interfere in the freedoms of women who will now have fewer rights than their mothers and grandmothers have had for decades. I ask people to join this fight with their voices and their votes because we will not be taken back, we will move forward.”

Minnesota Citizens Concerned for Life (MCCL) issued the following statement in response to the ruling:

“The decision in Dobbs v. Jackson is a monumental victory for unborn children and their mothers and a big step for inclusion and equality under the law. The Constitution does not mandate abortion-on-demand, as Roe v. Wade falsely claimed. Today’s ruling returns to the American people the ability to decide their own abortion policies, restoring the constitutional separation of powers between the branches of government. Although Dobbs will not cause any immediate change in Minnesota, those of us in the pro-life movement will strive to protect the human rights of human beings in the womb and to support and empower their mothers. We will work harder than ever to love both mother and child.”

“The U.S. Supreme Court decision is wrong and will harm millions of people. This decision is an unconscionable rollback of fundamental rights for all people in the United States. Because people’s right to access abortion is no longer guaranteed by federal law, it now depends on where you live and how much money you have to travel out of state for abortion care. Forced pregnancy is a grave violation of human rights and dignity.

We have been preparing for months to be able to best serve patients across our region Our doors are open and Planned Parenthood is committed to providing abortion care where it remains legal.

We have a lot of work ahead of us. We are now living through an unmatched moment where our rights to bodily autonomy are being decimated and, therefore, our democracy is being threatened. Now is the time for every person who supports abortion rights to stand up and act.”