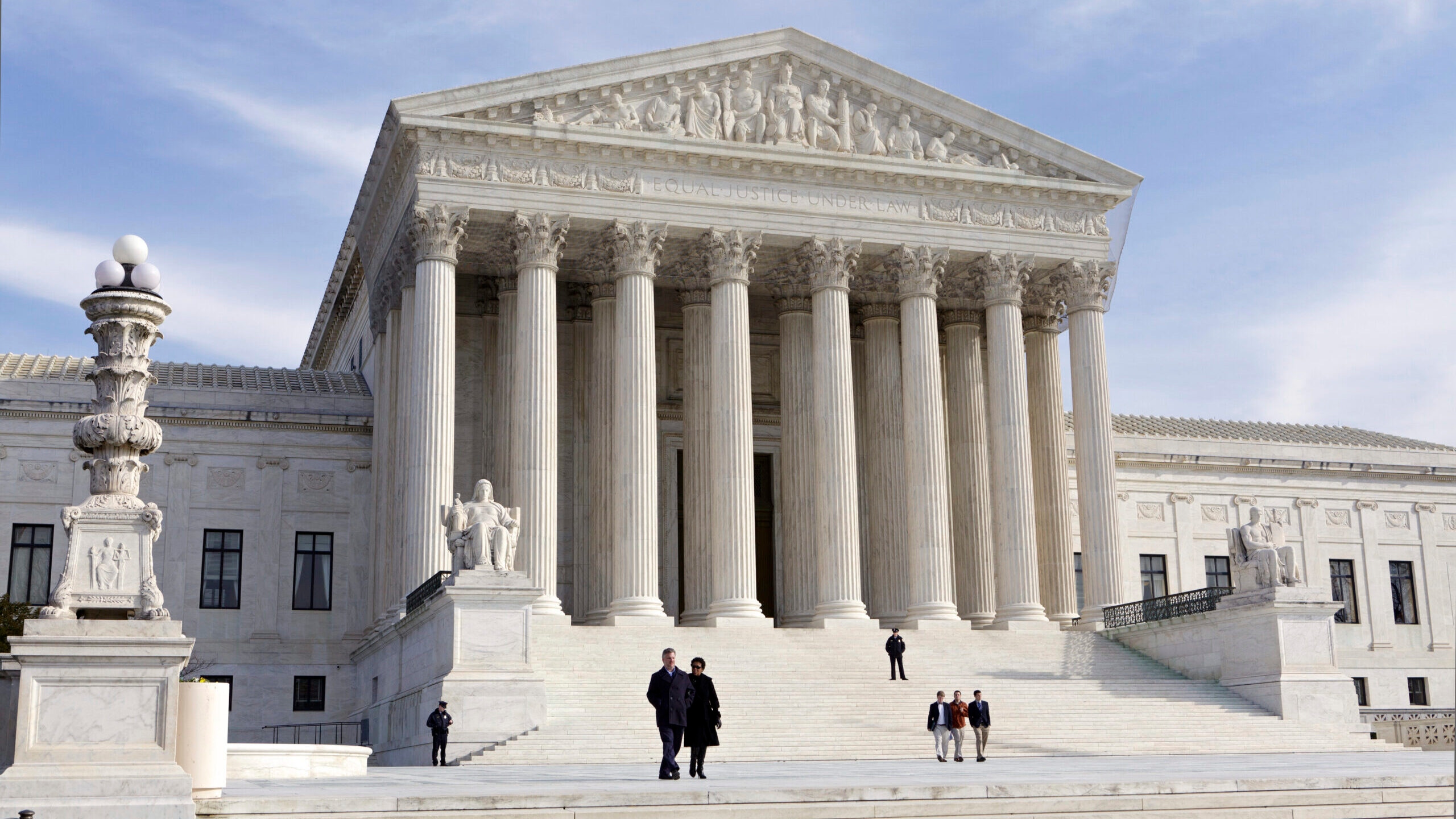 Friday, the United States Supreme Court ended constitutional protections for abortion that had been in place nearly 50 years – a decision by its majority to overturn the court’s landmark abortion cases.

“Today, the Republican-controlled Supreme Court has achieved the GOP’s dark and extreme goal of ripping away women’s right to make their own reproductive health decisions. Because of Donald Trump, Mitch McConnell, the Republican Party and their supermajority on the Supreme Court, American women today have less freedom than their mothers.

“With Roe now out of their way, radical Republicans are charging ahead with their crusade to criminalize health freedom. In the Congress, Republicans are plotting a nationwide abortion ban. In the states, Republicans want to arrest doctors for offering reproductive care and women for terminating a pregnancy. GOP extremists are even threatening to criminalize contraception, as well as in-vitro fertilization and post-miscarriage care.

“A woman’s fundamental health decisions are her own to make, in consultation with her doctor and her loved ones – not to be dictated by far-right politicians. While Republicans seek to punish and control women, Democrats will keep fighting ferociously to enshrine Roe v. Wade into law.

“This cruel ruling is outrageous and heart-wrenching. But make no mistake: the rights of women and all Americans are on the ballot this November.”

“Every unborn child is precious, extraordinary, and worthy of protection. I applaud this historic ruling, which will save countless innocent lives. The Court is right to return the power to protect the unborn to the people’s elected representatives in Congress and the states.

“In the days that follow, we must keep rejecting extreme policies that seek to allow late-term abortions and taxpayer dollars to fund these elective procedures. Much work remains to protect the most vulnerable among us.“

Former President Donald Trump praised the U.S. Supreme Court’s decision overruling a woman’s right to an abortion. He said in an interview with Fox News that the decision “will work out for everybody.”

“This is following the Constitution, and giving rights back when they should have been given long ago,” Trump said, according to the channel. “I think, in the end, this is something that will work out for everybody.”

“Today, Life Won. By overturning Roe v. Wade, the Supreme Court of the United States has given the American people a new beginning for life and I commend the Justices in the majority for having the courage of their convictions.

“By returning the question of abortion to the states and the people, this Supreme Court has righted a historic wrong, and reaffirmed to right of the American people to govern themselves at the state level in a manner consistent with their values and aspirations.

“Now that Roe v. Wade has been consigned to the ash heap of history, a new arena in the cause of life has emerged and it is incumbent on all who cherish the sanctity of life to resolve that we will take the defense of the unborn…

“…and support for women in crisis pregnancies to every state Capitol in America. Having been given this second chance for Life, we must not rest and must not relent until the sanctity of life is restored to the center of American law in every state in the land.“

“For nearly fifty years, the Supreme Court has imposed an unpopular and extreme abortion policy on our nation, but as the annual March for Life gives witness to, Roe’s allowance of abortion-on-demand, up-until-birth has never represented where most Americans stand on life! Today, the ability to determine whether and when to limit abortion was returned to the American people who have every right to enact laws like Mississippi’s which protect mothers and unborn babies after 15 weeks – when they have fully formed noses, can suck their thumb, and feel pain. We are so grateful to the countless pro-life people of goodwill who contributed and sacrificed to make today possible – including the millions of those who have marched for life over the years – and we recognize that this is just the beginning of our work to advance policies that protect life. We will continue to march until abortion is unthinkable because equality begins in the womb.”

This morning, the Supreme Court overturned Roe v. Wade and nearly 50 years of precedent, eliminating the federal constitutional right to abortion, and stripping people of the right to control their own bodies. It is as dangerous as it is shocking, and it opens the floodgates for states across the country to ban abortion.

This final decision in Dobbs v. Jackson Women’s Health Organization, which is largely aligned with the draft decision that leaked seven weeks ago, could lead 26 states to quickly move to ban abortion, leaving at least 36 million women of reproductive age, and other people who can become pregnant, without abortion access. The consequences of this devastating decision will fall largely on people who already face the greatest barriers to health care due to this country’s legacy of racism and discrimination, including Black, Latino, and Indigenous communities, people with low incomes, LGBTQ+ people, immigrants, and people living in rural areas.

As Justice Breyer said in his dissent, “Countless women will now make different decisions about careers, education, relationships, and whether to try to become pregnant than they would have when Roe served as a backstop. Other women will carry pregnancies to term, with all the costs and risk of harm that involves, when they would previously have chosen to obtain an abortion. For millions of women, Roe and Casey have been critical in giving them control of their bodies and their lives. Closing our eyes to the suffering today’s decision will impose will not make that suffering disappear.”

This decision defies the will of the American people, 80% of whom support legal abortion. Poll after poll shows Americans overwhelmingly disapprove of the court’s move to overturn Roe v. Wade.

“Knowing this moment would come does not make it any less devastating. The Supreme Court has now officially given politicians permission to control what we do with our bodies, deciding that we can no longer be trusted to determine the course for our own lives. Due to centuries of racism and systemic discrimination, we already know who will feel the consequences of this horrific decision most acutely: Black, Latino, and Indigenous communities, people with disabilities, those living in rural areas, young people, immigrants, and those having difficulties making ends meet. Make no mistake – if they can take away the right to abortion, a right we’ve held for nearly 50 years, they won’t stop here: All of our freedoms are on the line.

“To anyone today who is scared, or angry, or determined, know this — 17 million Planned Parenthood supporters proudly stand with you. We will rebuild and reclaim the freedom that is ours. We won’t go back. And we won’t back down.”

Even with today’s horrible decision, abortion is still legal in most of the country. People who need care should go to abortionfinder.org.