President Joe Biden said Friday that “it’s a sad day for the court and the country” after the Supreme Court overturned Roe v. Wade, the landmark 1973 decision that legalized abortion nationwide.

“Now with Roe gone, let’s be very clear, the health and life of women across this nation are now at risk,” he said from the White House.

He added that “the court has done what it’s never done before — expressly taking away a constitution right that is so fundamental to so many Americans,” he said.

The White House has been preparing for this moment since a draft of the decision leaked in May. Officials have been huddling with state leaders, advocates, health care professionals and others to prepare for a future without Roe v. Wade.

Now Biden’s plans will be tested in terms of politics and policy. Biden said his administration would defend a woman’s right to cross state lines to seek an abortion.

Outside the Supreme Court, a crowd of abortion supporters swelled to the hundreds after the ruling was issued. One chanted into a bullhorn, “legal abortion on demand” and “this decision must not stand.” Some shouted “the Supreme Court is illegitimate.” 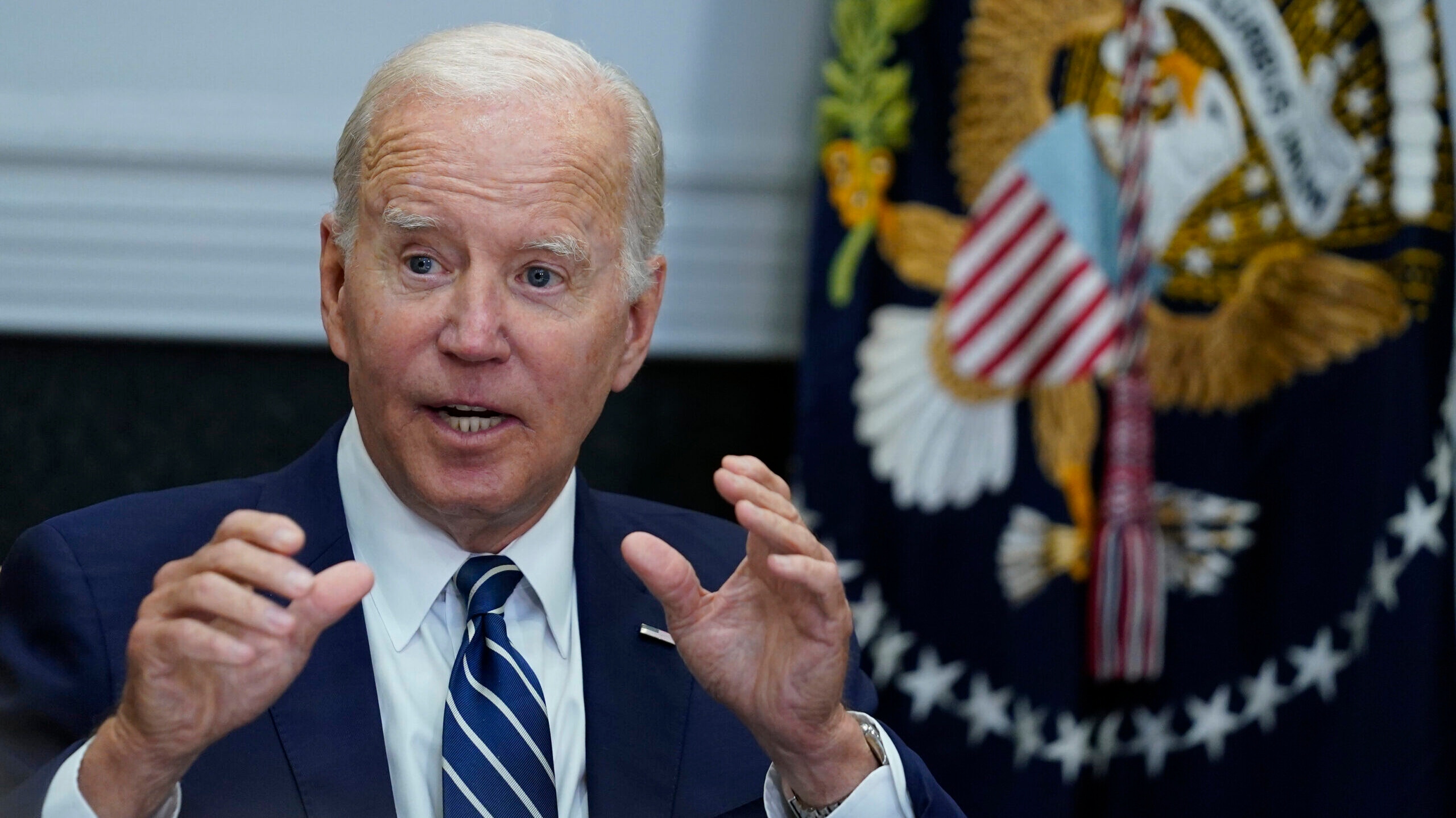 “It’s a painful day for those of us who support women’s rights,” said Laura Free, an Ithaca resident and women’s rights historian who came to Washington to do research. When she learned of the decision, she said, “I had to come here.”

A competing faction demonstrated in favor of the ruling, holding signs saying “the future is anti-abortion″ and “dismember Roe.”

Garrett Bess, with Heritage Action for America, a lobbying arm of the conservative Heritage Foundation, said his organization would be working in states to continue efforts to limit abortion.

“This has been a long time coming and it’s a welcome decision,” he said.

Biden and other Democrats hope to use outrage over the court decision to rally voters in November’s midterm elections. Although nationwide legislation ensuring access to abortion appears out of reach, more Democratic victories at the state level could limit Republican efforts to ban the practice.

In a statement, Attorney General Merrick Garland said the Justice Department “will work tirelessly to protect and advance reproductive freedom.” He said that in addition to protecting providers and those seeking abortions in states where it remains legal, “we stand ready to work with other arms of the federal government that seek to use their lawful authorities to protect and preserve access to reproductive care.”

He also noted that the Food and Drug Administration has approved the use of mifepristone, a drug used to end pregnancies.

“States may not ban mifepristone based on disagreement with the FDA’s expert judgment about its safety and efficacy,” Garland said.

House Speaker Nancy Pelosi, D-Calif., said the court’s ruling “is outrageous and heart-wrenching” and fulfills the Republican Party’s “dark and extreme goal of ripping away women’s right to make their own reproductive health decisions.”

“A lot of lives are going to be saved,” McCarthy told reporters. “But it also goes back to people in the states to have a say in the process.”

Many Republican-controlled states are poised to severely restrict abortion, or even ban it outright.

The White House has been exploring options for Biden to take executive action to safeguard abortion rights, but his options are limited.

Lawrence Gostin, who runs the O’Neill Institute for National and Global Health at Georgetown Law, said before Friday’s ruling that he expected the Biden administration to be “to be nibbling around the edges, and is not going to do anything really profound.”

Gostin said he’s discussed a variety of options with administration officials but believes they are “gun shy” given the potential for legal challenges that could lead to more roadblocks from a Supreme Court dominated by conservatives.

Some of Gostin’s suggestions included having Medicaid cover the cost of traveling across state lines to end pregnancies, as well as expanding access to abortion medication that can be delivered by mail.

“States couldn’t pick and choose what cancer drug they would allow, and they shouldn’t be permitted to choose what options women have for medication abortions that are fully approved as safe and effective,” he said.

During their preparations, White House officials have held a series of meetings with advocates, medical groups and faith leaders who are supportive of abortion access.

The Rev. John Dorhauer, the general minister and president of the United Church of Christ, drove from Cleveland to Washington to attend one meeting earlier this month. Another virtual meeting was held this week, featuring Vice President Kamala Harris.

“It was rather impressive to see the commitment the White House and the vice president’s office has had to gather advocates from around the country,” Dorhauer said.

However, there are also concerns that the administration is not ready.