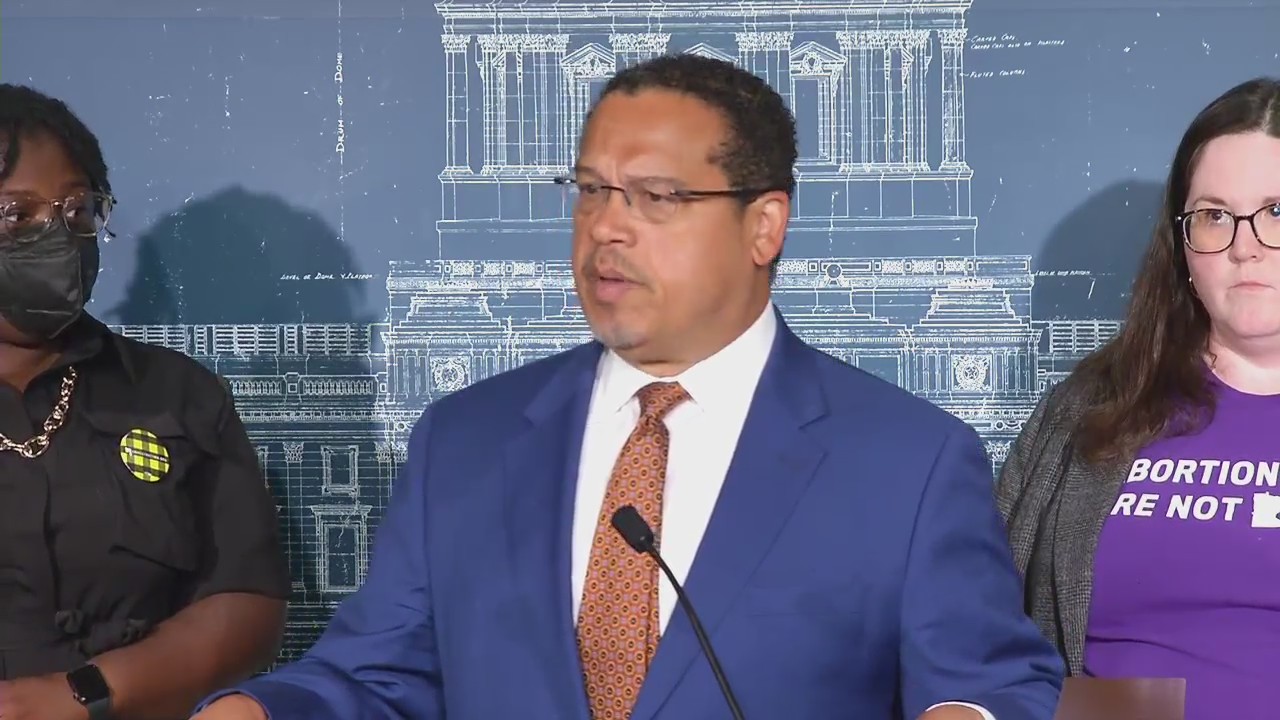 More than two weeks after a Ramsey County judge struck down several of Minnesota’s abortion restrictions, Minnesota Attorney General Keith Ellison says he and the state won’t appeal the decision.

On July 11, Judge Thomas A. Gilligan, Jr., ruled that the laws violate the state’s constitution and ordered them to stop being enforced immediately.

Ellison’s office had said it was still reviewing the order but, on Thursday, said it will not pursue an appeal.

The attorney general said he “must consider the broad public interest in deciding whether to appeal any court outcome, including rulings related to the constitutionality of state laws.” He added that the state is “unlikely to obtain a different result through an appeal” and would not be a “proper or prudent use of limited state resources.”

Ellison’s office also noted it has spent three years and more than $600,000 on the case.

The ruling put Ellison, a Democrat who has openly voiced support for abortion rights — and vowed to protect travelers coming to Minnesota for an abortion following the overturning of Roe v. Wade — in a difficult spot. Typically, the attorney general is supposed to defend the state’s laws, although there isn’t a legal obligation and the state’s attorney general didn’t pursue an appeal when the Gomez decision — protecting the right to an abortion in Minnesota — was handed down in 1995.

Ellison’s office also noted he similarly opted to not appeal a 2019 U.S. Court of Appeals ruling that remanded to a district court a St. Cloud-based videography company’s claims that its free-speech and free-exercise rights were being violated by not being able to turn away same-sex couples.

Ultimately, the company dismissed its own lawsuit.

Ellison’s full statement can be read below.

After three years of litigation in which my office and I thoroughly, vigorously, and faithfully defended the constitutionality of several state laws that regulate abortion, and after long and careful consideration of the district court’s ruling and consultation with each of my co-defendants, I have decided not to appeal in the case of Doe vs. Minnesota.

As Minnesota’s attorney general, I must consider the broad public interest in deciding whether to appeal any court outcome, including rulings related to the constitutionality of state laws. The public interest includes a number of factors, including the likelihood of success of an appeal, the proper and careful use of state resources, the impact on other areas of state law, and the public’s need for finality.

In my estimation, we are unlikely to obtain a different result through an appeal. At most, an appeal would remand the case to the district court for a bench trial in front of the same judge, where the State would once again be unlikely to prevail for the reasons the court outlined in its July 11 ruling. In addition, one of the State’s experts concluded that the challenged laws did not materially impact abortion rates in Minnesota, suggesting they were not achieving the policy goals set by the Legislature. Furthermore, the district court’s ruling has no impact on the constitutionality of any other types of state laws that my office might be called upon to defend. For these reasons — and in the context where my office alone has already spent more than 4,000 hours and $600,000 in defending these laws — appealing the case is not a proper or prudent use of limited state resources.

I have made clear throughout that my personal view has been that the challenged laws were not good public policy. I have nonetheless vigorously defended those laws. My office brought a motion to dismiss, three motions for summary judgment, a motion to exclude the majority of plaintiffs’ experts, and an appeal of an adverse jurisdictional decision. As a result, the court twice called my defense of the case “zealous.” As Minnesota’s chief legal officer, however, I am duty-bound to consider not only my role in defending state laws, but the public interest writ large. This is my job.

In my view, and in the view of my co-defendants, not appealing the district court’s decision in Doe v. Minnesota is in the public interest and is the right legal decision. It is also the right choice for Minnesota taxpayers and all Minnesotans who need the finality of knowing that they can make intimate decisions about their own bodies free of undue interference by the government.

“Doe v. Minnesota is an extreme and mistaken ruling that eliminated commonsense abortion policies in Minnesota. We are deeply disappointed that the attorney general has decided not to appeal it. No longer does Minnesota require parental notification prior to abortions performed on minors. No longer does Minnesota ensure that women receive informed consent information before they undergo the procedure. No longer do those performing surgical abortions have to be physicians. These longstanding and woman-empowering laws have been struck down, and the attorney general has decided to stop defending them. Too many of our leaders, including Gov. Walz, favor this no-limits approach to abortion rather than supporting reasonable laws that most Minnesotans can agree with.”