Minnesota’s attorney general delivered a pledge to protect travelers seeking legal abortion in the state in preparation for a potential U.S. Supreme Court ruling that could outlaw most abortions in several states. In May, a leaked Supreme Court draft decision reportedly showed justices might overturn Roe v. Wade. The controversial court case allowing women to obtain an abortion legally was first decided in 1973.

Ellison held a news conference to remind Minnesotans abortion will remain legal in Minnesota even if the U.S. Supreme Court overturns Roe v. Wade. “What we don’t know is exactly what the words of the opinion will say, but based on the leaked Dobbs opinion we anticipate that Roe v. Wade could be overturned,” he said Tuesday morning.

He says a Minnesota Supreme Court ruling protecting the right to abortion will remain the law of the land in Minnesota. Ellison said he anticipates women will come to Minnesota for abortions from other Midwestern states where abortion laws will likely be more restrictive. He says he will protect their rights under Minnesota law.

“No one who travels from another state to seek an abortion that is legal in Minnesota is going to be prosecuted,” he told reporters. He says the same goes for people who help women travel here and abortion providers who come here to perform legal abortions. 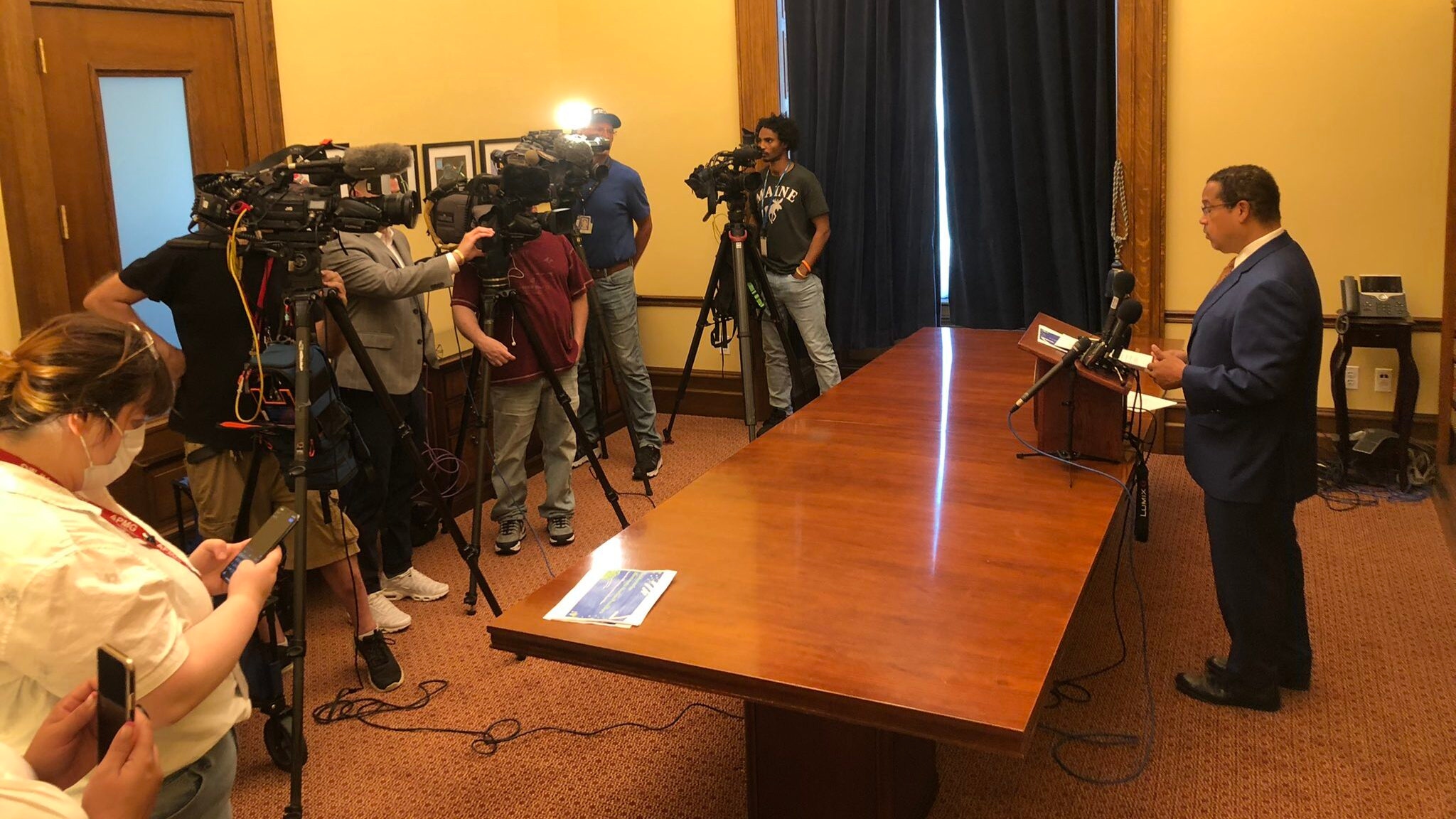 In addition to the pledge, Ellison also said he plans to issue guidance to abortion providers about their rights under state law.

Sarah Stoesz of Planned Parenthood says Minnesota and Illinois are the only two Midwestern states where abortion will remain “super solidly” legal if Roe vs. Wade is overturned. She’s certain Minnesota will become a destination for women seeking abortions.

“Simply banning abortion does not make the need for abortion disappear,” she said at the news conference standing alongside Ellison. “And women are going to continue to seek out safe, legal abortions and they will come to Minnesota for sure.”

The U.S. Supreme Court will release its ruling on abortion before their term ends June 30.