Community groups in Minneapolis are coming together to send a strong message following another violent night.

Police say two people are dead, including a 16-year-old. At least seven other people were injured as police responded to three separate shootings Thursday night into Friday morning.

On Friday, a large group gathered at Winner Gas at the corner of West Broadway and North Lyndale avenues in Minneapolis — the spot where four people were shot Thursday night at around 9:15 p.m.

“All this gun violence that’s going on, you have to stop,” said Trelisa McCray.

McCray’s son — her only child — is one of the shooting victims. 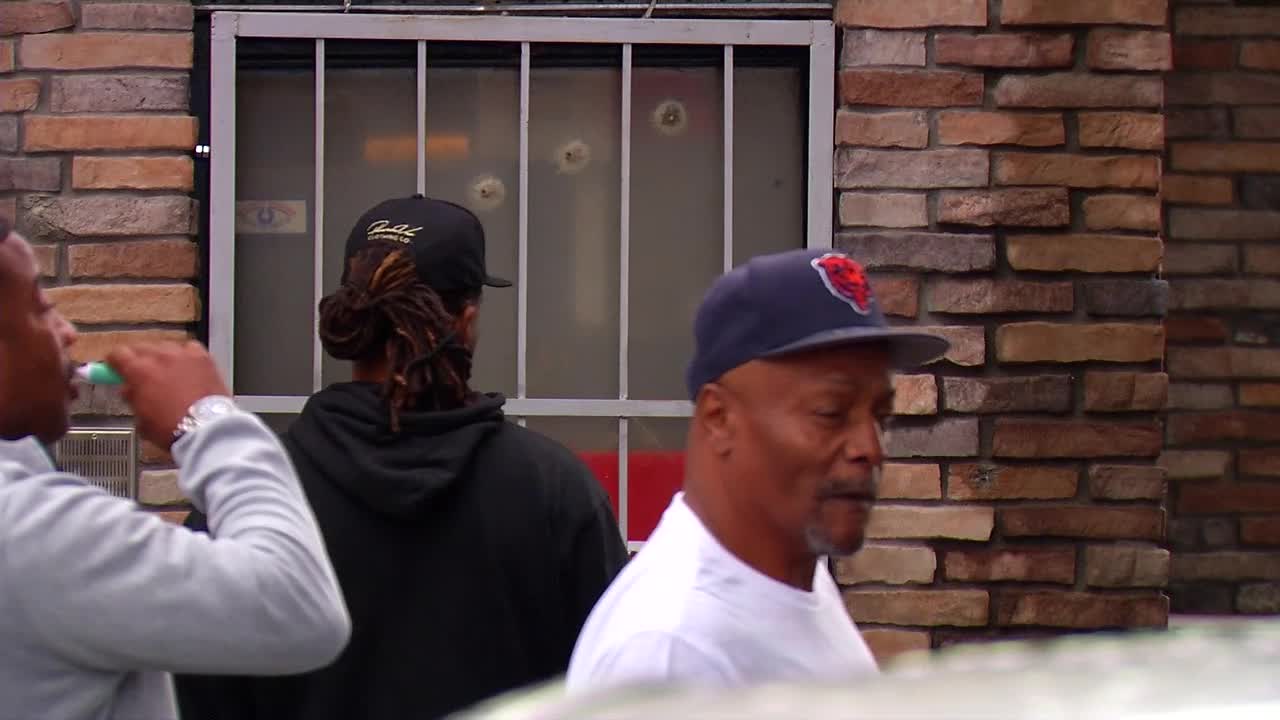 Community members stand outside Winner Gas at the corner of West Broadway and North Lyndale avenues on Friday, Sept. 9, 2022, after four people were shot outside the gas station the night before. (KSTP)

About an hour earlier on Thursday night, officers say a 16-year-old died after a shooting on Plymouth Avenue between Knox and James Avenues. Later, a 30-year-old man died at the hospital after a shooting at a bar on the 1400 block of Washington Avenue South.

“We’re losing an entire generation of young people to gun violence. It’s got to stop,” said Donna Anderson with A Mother’s Love.

Anderson and other members of her organization work to put an end to this violence.

“It’s heartbreaking for our team, we’re out here day and night trying to change the narrative of people’s lives,” Anderson said.

Many at Friday’s protest say certain businesses near the corner of Broadway and Lyndale are the problem, and that’s one of the reasons they decided to gather.

“This is a very active corner, man, and it doesn’t appear like some of these businesses over here are trying to help with the problem, so we’re taking it upon ourselves to do it ourselves,” said Trahern Pollard, CEO of We Push for Peace.

These latest shootings come as the city is set to host Open Streets Broadway on Saturday. The event makes stops in different parts of the city, shutting down car traffic in the area in hopes of bringing businesses, artists and groups together.

“We want them to come enjoy Open Streets on Broadway,” Pollard said.

Despite the recent violence on West Broadway, the hope is Open Streets Broadway is a success.

“The minute you start letting gun violence, gang violence, criminal activity stop you from doing what you would normally do to support and uplift your community is the moment that community starts to die, and we are not going to die,” Anderson said.

Minneapolis police have not announced any arrests in these shootings. If you have any information that can help investigators call Crimestoppers at 1-800-222-8477.