A local nonprofit is packing up to move to a different location in North Minneapolis, citing safety concerns.

The Northside Achieve Zone has been working to permanently close the achievement gap and end generational poverty in north Minneapolis. The building is located on West Broadway and Penn avenues.

Sondra Samuels, the organization’s president and CEO, said she’s walked into work at the Northside Achievement Zone at least four times and saw the windows were redecorated with bullet holes.

“It’s alarming. It’s upsetting,” Samuels said. “One of my employees asked another employee where would be the safest place to have their cubicle that would give them the least opportunity of being shot if a bullet came through.”

After 17 years of being in the space, Samuels made the decision to pick up and move because of safety concerns, but not too far away. 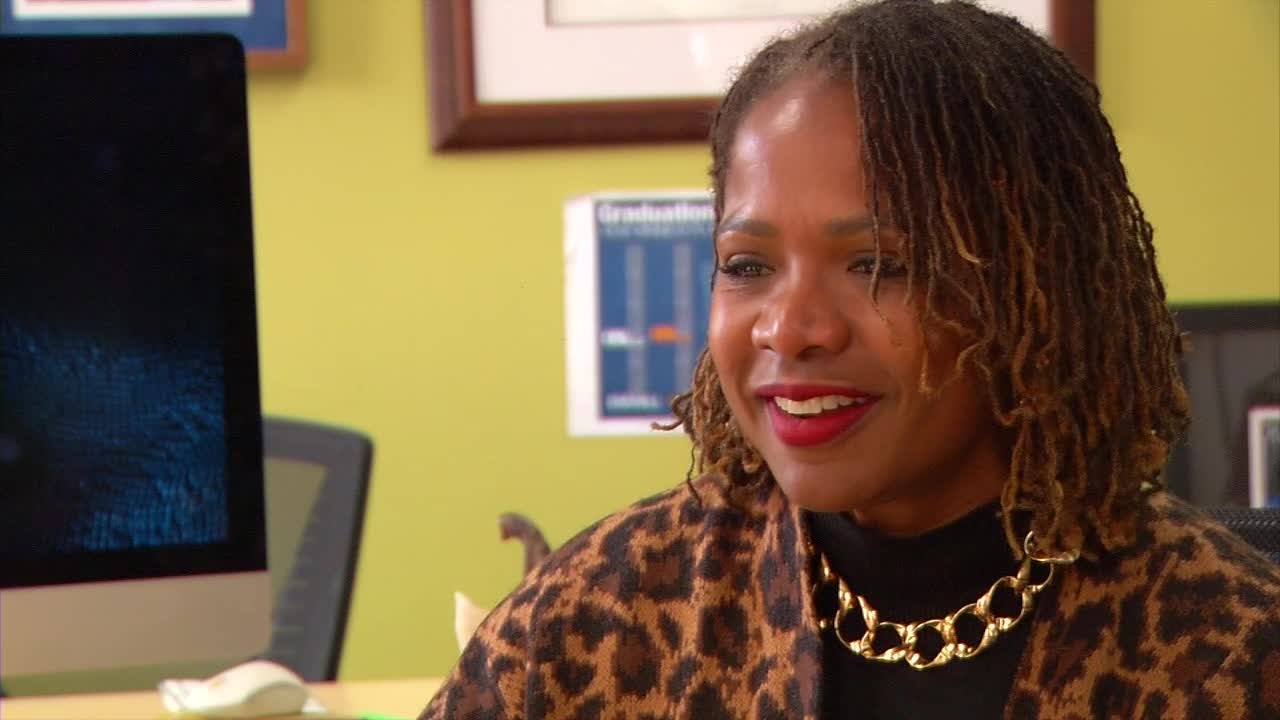 Sondra Samuels, president and CEO of Northside Achievement Zone, is interviewed on Thursday, Oct. 20, 2022. Her nonprofit is moving from its location at West Broadway and North Penn avenues, citing safety concerns. (KSTP)

The nonprofit bought a building on West Broadway and North Second Street, about 1.5 miles away from the original location.

Samuels said she’s choosing to stick around in north Minneapolis because things are getting better.

“We’ve seen a real decrease in a lot of things, from the car speeding to getting guns off the street because of Operation Endeavor,” Samuels said. “We have violence prevention organizations like A Mother’s Love that just purchased a home, and We Push for Peace actually managing the liquor store on Lyndale and West Broadway.”

“I think that the activity at Merwin Liquors has decreased quite a bit,” said Andrea Lee, Sanctuary Covenant Church operations manager.

Lee works right next door to a crime-ridden corner on West Broadway and North Lyndale avenues.

She agrees criminal activity is decreasing and the community is thriving with new construction for apartment buildings and small business expansions.

“That’s the beautiful thing about being part of the Northside community is that it is a place of hope and resiliency,” Lee said.

Samuels said investing in the community is a key part of change and she’s staying for good.

“We can’t hide from the realities here, and this is one of the best communities you can live in. That’s true, too.” Samuels said.

The Northside Achievement Zone plans to move into its new location in February.