Call the project a first of its kind in the north Minneapolis community in more than a decade.

The $68 million Satori Village project broke ground Thursday. The development will soon sit near the corner of West Broadway and Bryant Avenues. Community members and leaders hope it will revitalize the north Minneapolis community.

“This right here is a vision [that’s] come to fruition,” Minneapolis Mayor Jacob Frey said, adding that “This is a bright day on the Northside.”

Leading the way on this development is longtime Minneapolis resident, and former Minnesota Viking, Tim Baylor. In an interview with 5 EYEWITNESS NEWS about the project, Baylor said one of the goals with this project is to bring back the middle class into Minneapolis.

The first phase of this project will create 112 market-rate apartment units. The next two phases will include 78 units for senior living and 26 loft apartments with more than 3,000 square feet of commercial retail space. 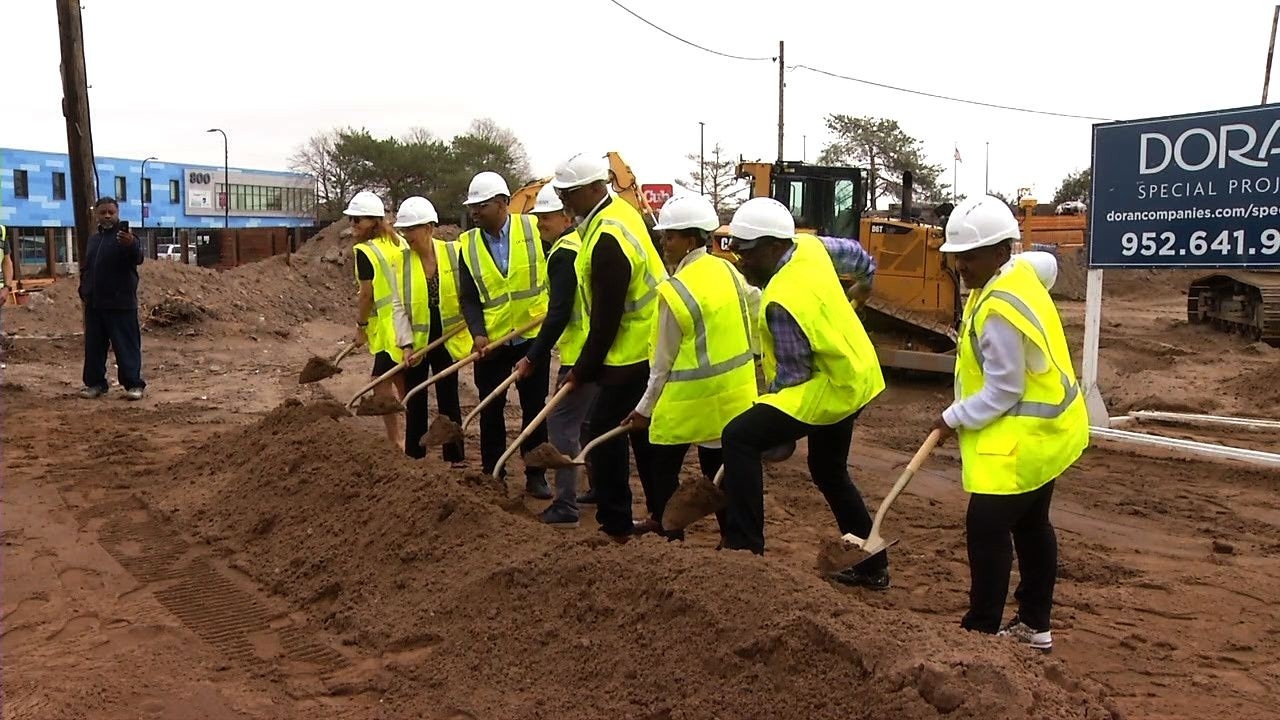 Community leaders break ground at the site of the Satori Village development (KSTP).

“We’ve seen less negative traffic and more positive traffic,” Nilsson said. “We are hopeful that as more residents come to the community, we can build a stronger neighborhood.”

Haven Housing provides healthy homes for women and family — they’ve been doing so for more than 40 years.

“Having a stable home is something that we all desire. But, we also all desire a stable neighborhood. And, even if we provide peace at home, it’s hard when the neighborhood is not peaceful,” Nilsson said.

At times over the last few years, Nilsson said the north community has not felt safe — due to an increase in violent crimes — but she has confidence in this project and community members to turn things around.

Across the street from Haven Housing sits Ascension Catholic School — principal for the school Benito Matias also has faith in Satori Village.

Matias says the vast majority of students live near the school, adding everyday they live in what “perhaps some folks just see on the news.”

“While we can’t predict the future in terms of what that outcome is going to be,” Matias said about the impact this project could make. “Our hope, our prayer is that it’s a plus, it’s positive for the neighborhood.”