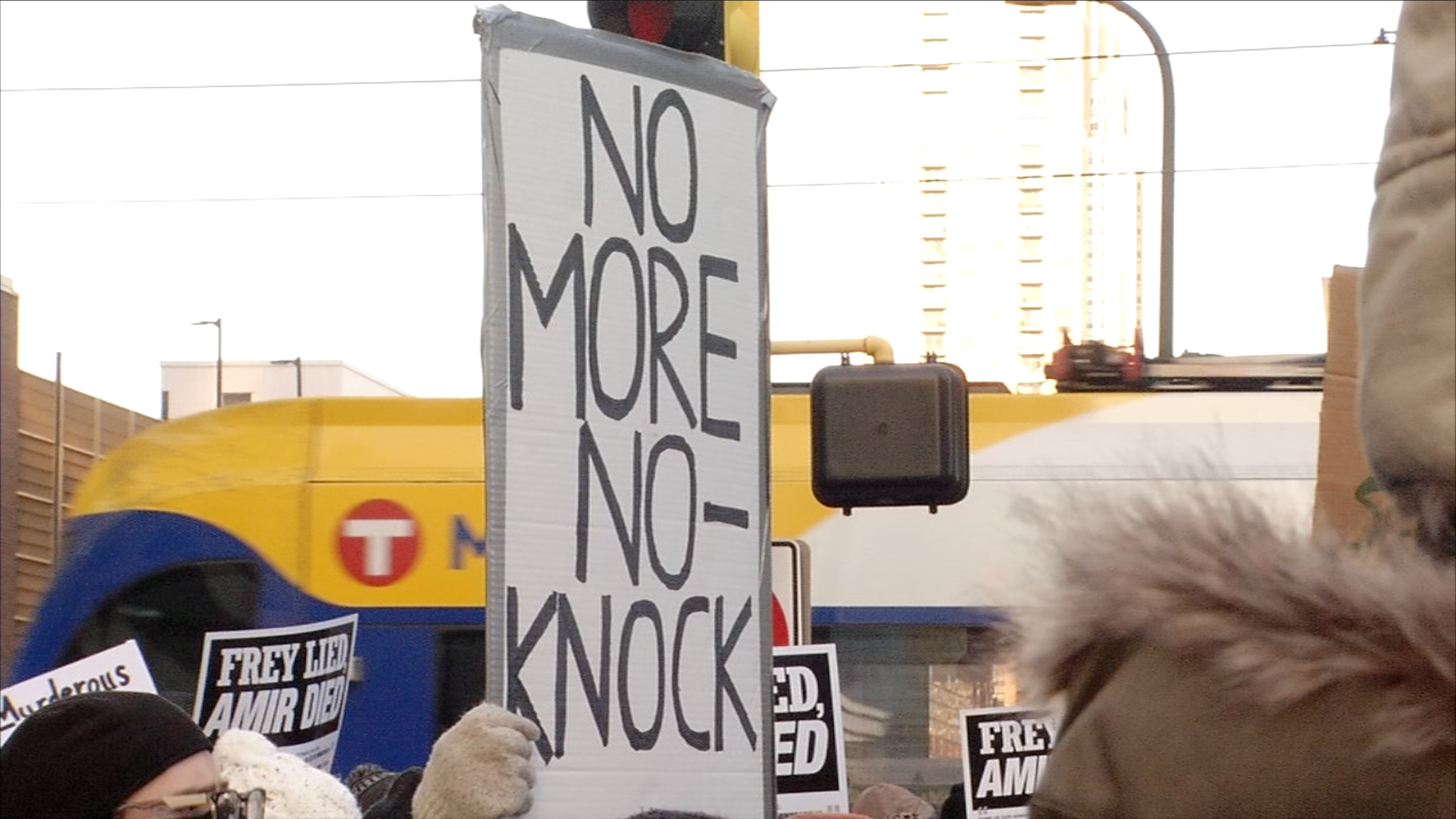 A protester holds up a "No more no-knock" sign during a protest over the Minneapolis police killing of Amir Locke during a no-knock search warrant. (KSTP/file)

A bill that would ban no-knock warrants across Minnesota has passed committee and now heads to the House floor.

House File 3398 was initially written to place severe restrictions on when law enforcement could apply for no-knock warrants. Since it was introduced, the legislation has been amended to ban the practice entirely.

The bill’s author, Rep. Athena Hollins, DFL-St. Paul, says there is an urgent need to pass this measure after Minneapolis police killed 22-year-old Amir Locke during a no-knock search warrant in February.

“We’re bringing this bill forward in Amir Locke’s memory, in Breonna Taylor’s memory, so that no more families have to grieve for people who died because we didn’t do enough,” Hollins said in a statement.

Opponents to the bill say no-knock warrants are necessary in situations that could put officers in danger.