Minnesota House Democrats say there is renewed urgency to restrict the use of no-knock warrants in the aftermath of the death of Amir Locke, the 22-year old man fatally shot by Minneapolis police during a no-knock search warrant.

“We all have some blood on our hands,” said Rep. Athena Hollins, DFL-St. Paul, author of a new no-knock warrant bill. “I was before this committee last session with a different no-knock warrant ban bill and we allowed it to be watered down and to be weakened to the point where this could happen again.”

But several Republicans on the House Public Safety Committee defended the use of the warrants in high-risk situations for police.

“I want the names on the roll call because I want to know who’s going to be answering for the blood on their hands of the officers,” said Rep. Paul Novotny, R-Elk River, shortly before the committee voted 10-9 to pass the bill.

If the bill were to become law, it would limit the use of no-knock warrants to cases where someone is being held against their consent and the warrant is necessary to “avert imminent death or great bodily harm.” The Minnesota Department of Public Safety would be required to develop a standard application form for the warrants, and all peace officers would need to undergo four hours of training by the Minnesota Attorney General on how the warrants can be used. 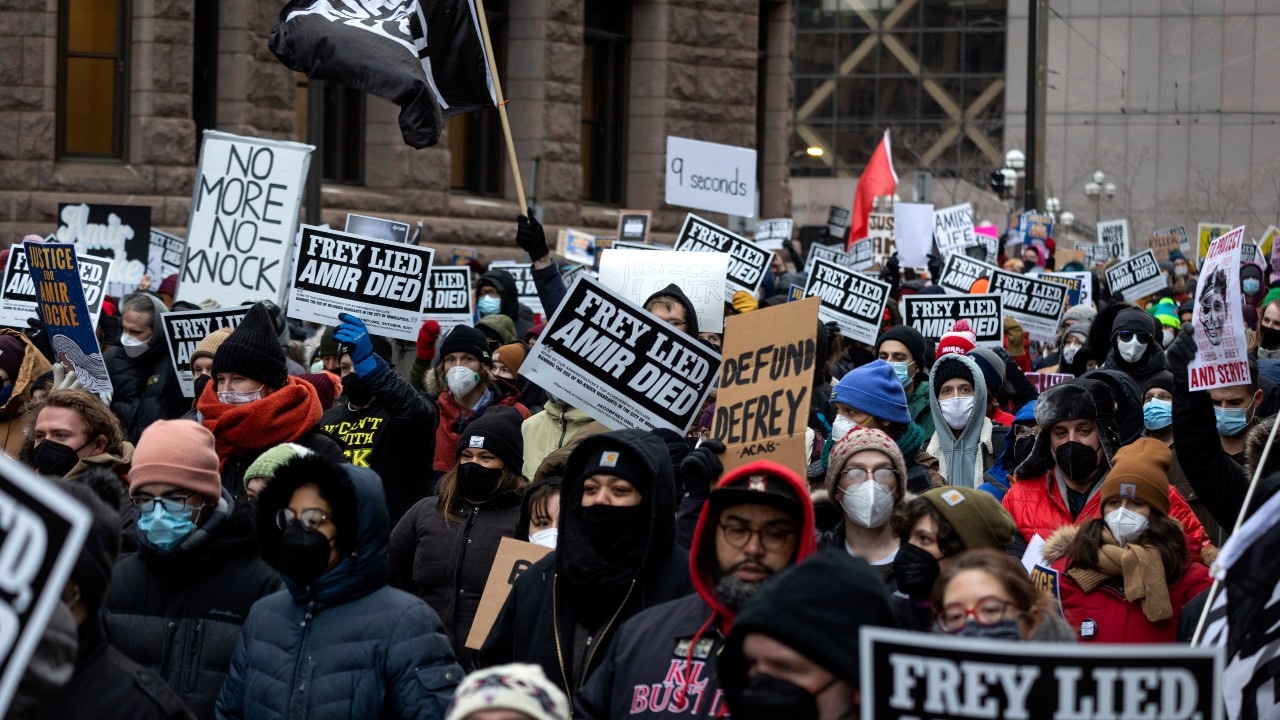 People march at a rally for Amir Locke on Saturday, Feb. 5, 2022, in Minneapolis. Hundreds of people filled the streets of downtown Minneapolis after body cam footage released by the Minneapolis Police Department showed an officer shoot and kill Locke during a no-knock warrant. (AP Photo/Christian Monterrosa)

At a public hearing online Thursday, law enforcement testifiers were divided on the issue.

The chief of the Mendota Heights Police Department supports a complete ban on no-knock warrants.

“There are perhaps members or supporters of this bill who have no idea what it is we’re doing on the streets,” he said. “We are not dealing with people who simply come to the door and answer it because we knock and ask them politely.”

The committee passed the bill on to the House Judiciary Committee. The legislation faces obstacles in the Republican-controlled Senate where leaders have only agreed to hear different viewpoints on the issue.