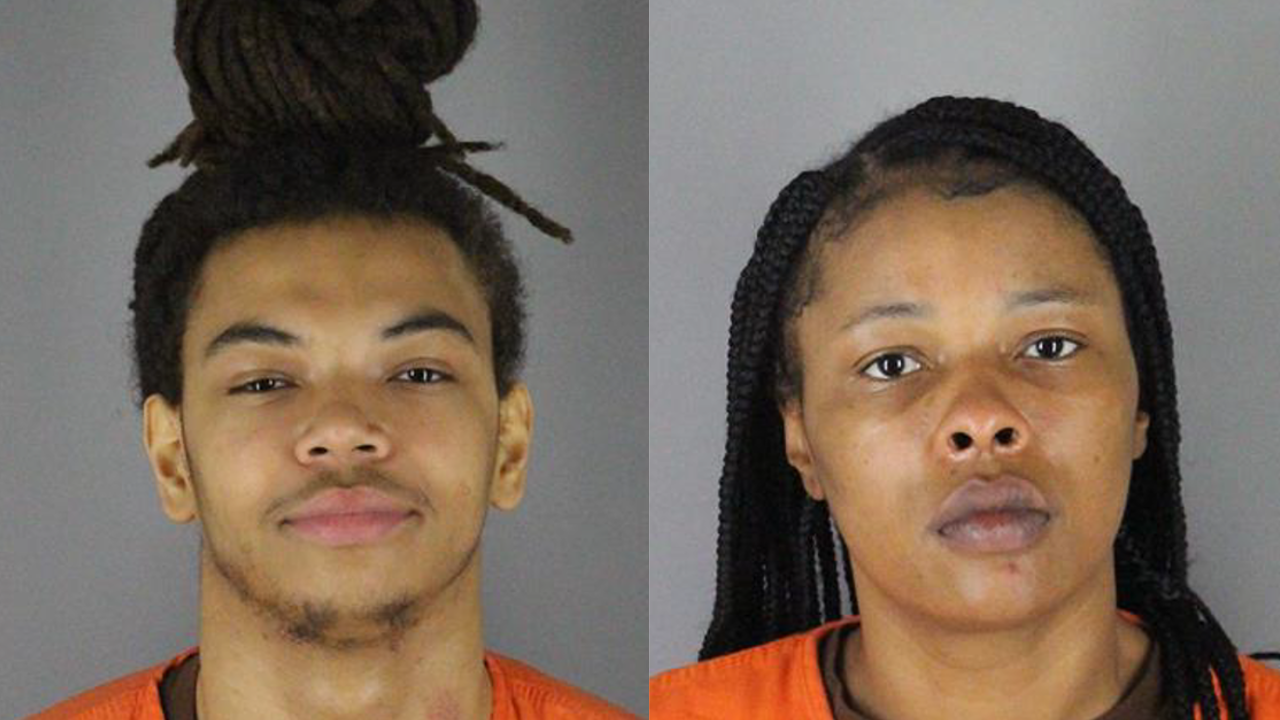 Prosecutors have filed charges against two suspects for their alleged roles in a double homicide last month in north Minneapolis that police say is related to an ongoing gang dispute.

Court documents show 21-year-old Deijuan Anthony McCaleb-Robinson of Minneapolis is charged with two counts of second-degree murder in connection with the shooting deaths of 51-year-old Mcconda Deion Robinson and 21-year-old Kayvon Jemell Williams. He is also charged with illegal possession of a fully automatic handgun.

Lerita Simone Rayford — the 28-year-old St. Paul woman suspected of driving McCaleb-Robinson and another suspect away from the May 14 shooting near the intersection of West Broadway and North Bryant avenues — faces one count of aiding an offender to avoid arrest.

A criminal complaint states witnesses saw two men wearing masks and hoodies got out of a Ford Fusion and pulled out guns. The man in a blue hoodie opened fire at the victims before both of the men got back in the car with a woman, who drove them away from the scene.

At the scene, officers found nine spent .357-caliber shell casings that were all fired from the same gun; a ShotSpotter activation at 3:45 p.m. that day registered 12 rounds from a fully automatic handgun, according to the complaint.

An informant told investigators Rayford was behind the wheel of the getaway car and also showed police the male suspects’ Facebook profiles.

The Ford Fusion used to drive McCaleb-Robinson and the other suspect to the scene was a rental, and police had cited Rayford on April 21 while she was driving that vehicle. The car was returned two days after the shooting, the complaint states.

Investigators cross-referenced GPS data from the Ford Fusion with data for cell phones belonging to Rayford and McCaleb-Robinson, according to the complaint. The locations of both of their phones matched up exactly with the path of the rental car leading up to and after the shooting.

Both Rayford and McCaleb-Robinson were booked into the Hennepin County Jail on Thursday and remain in custody.

McCaleb-Robinson is being held on $1 million bail, and Rayford’s bail is set at $500,000. They’re both due to make their first court appearances Tuesday afternoon.

Just over two weeks before the shooting at Broadway and Bryant, another person affiliated with the “Highs,” 23-year-old Eloe Aki Ameen Lomax, was believed to be killed by a “Lows” associate in a drive-by shooting near North 33rd and Knox avenues, the complaint states.

Court records show McCaleb-Robinson has outstanding charges connected to a “pistol-whipping” assault on April 25 and a July 31, 2021, shootout between rival gangs.