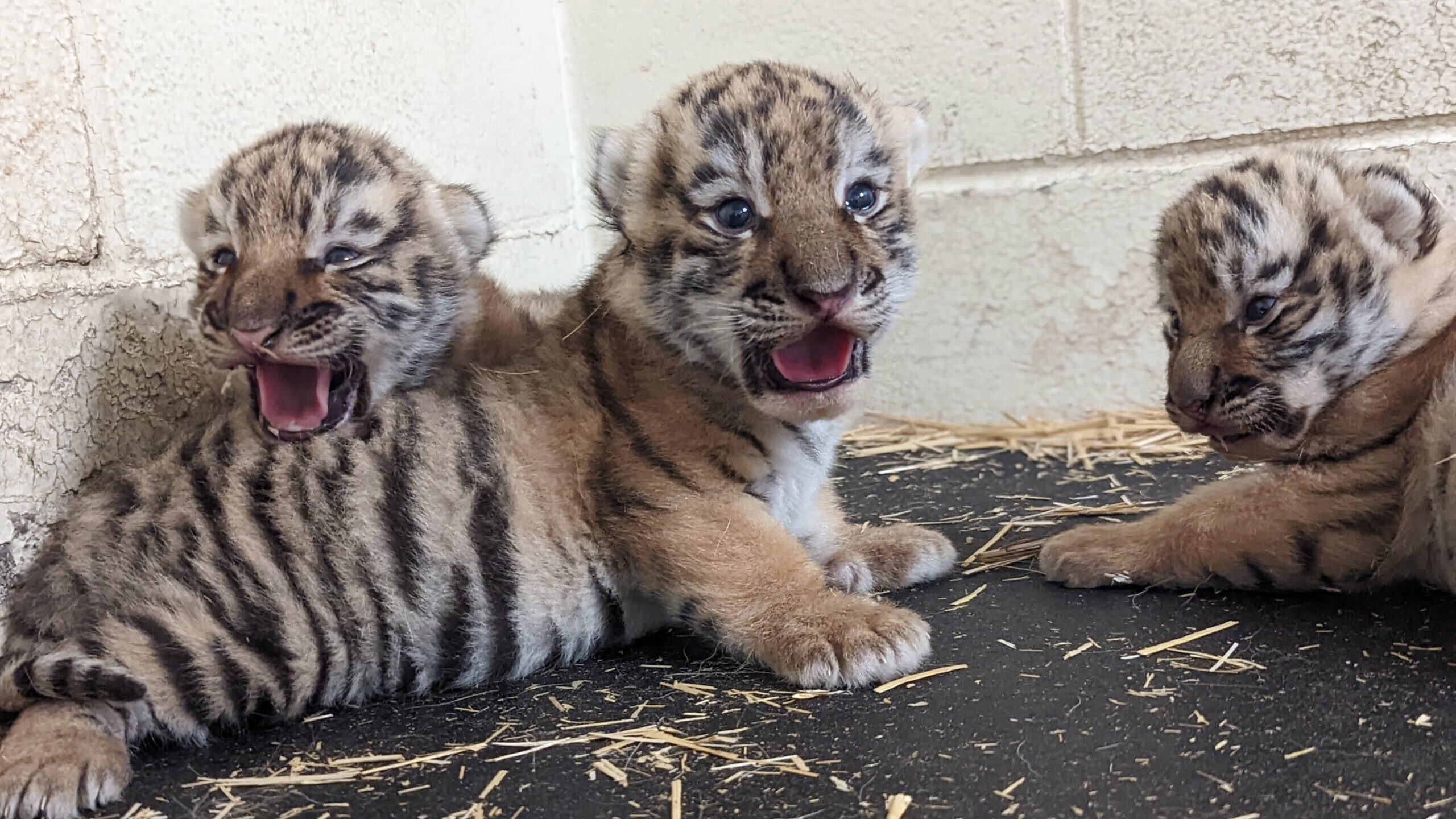 The Minnesota Zoo in Apple Valley is welcoming three Amur tiger cubs, born at the zoo.

According to the zoo, the cubs were born on Mother’s Day, May 8.

Zoo officials said four cubs were originally born but one did not survive, which officials said is common for a litter of that size. The other three tigers quickly bonded with mother Sundari.

Putin — the zoo’s 12-year-old Amur tiger that experienced cardiac failure during a routine medical examination and died in March — was the cubs’ other parent, the zoo reported.

“These cubs represent a major, positive step forward in our efforts to support the global population of Amur tigers,” Minnesota Zoo Director John Frawley said in a statement. “Having three thriving cubs, and a mother who is successfully raising them, is a true testament to the care and dedication provided by our incredible team of zookeepers and veterinary staff.”

Zoo officials said only about 500 Amur tigers remain in the wild.

“Amur tigers are among the most endangered animals in the world,” Seth Stapleton, Minnesota Zoo director of conservation, said in a statement. “Their numbers have declined dramatically over the last decades as a result of habitat loss, poaching, loss of prey, and other factors, which is why the role of zoos in tiger conservation is so crucial.”