A crowd gathered outside the Minnesota State Capitol around 3 p.m. Sunday to call for justice for Amir Locke.

People nationwide continue to protest over the death of Locke, who was shot and killed by Minneapolis police serving a no-knock search warrant at an apartment earlier this month, as well as for the end of no-knock warrants.

Sunday’s event was organized by Women Against Military Madness, Black Lives Matter and St. Paul Youth, among other groups.

By 5 p.m., after marching down University Avenue and looping back to the State Capitol, the crowd had mostly dispersed.

Locke was laid to rest on Thursday. 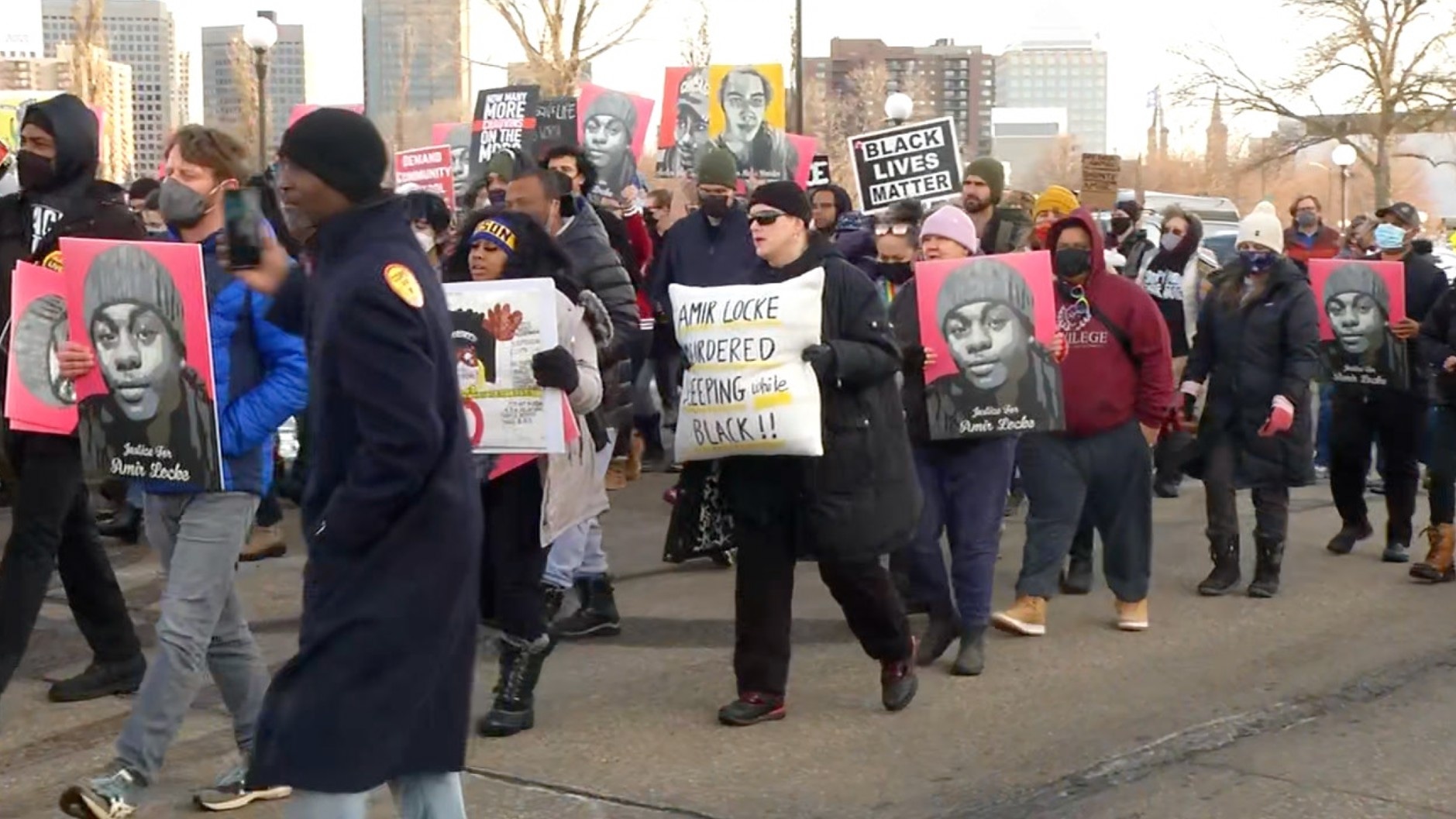 A suspect in the homicide related to the no-knock warrant — in which Locke was not named — was taken into custody and has a court hearing on March 16.