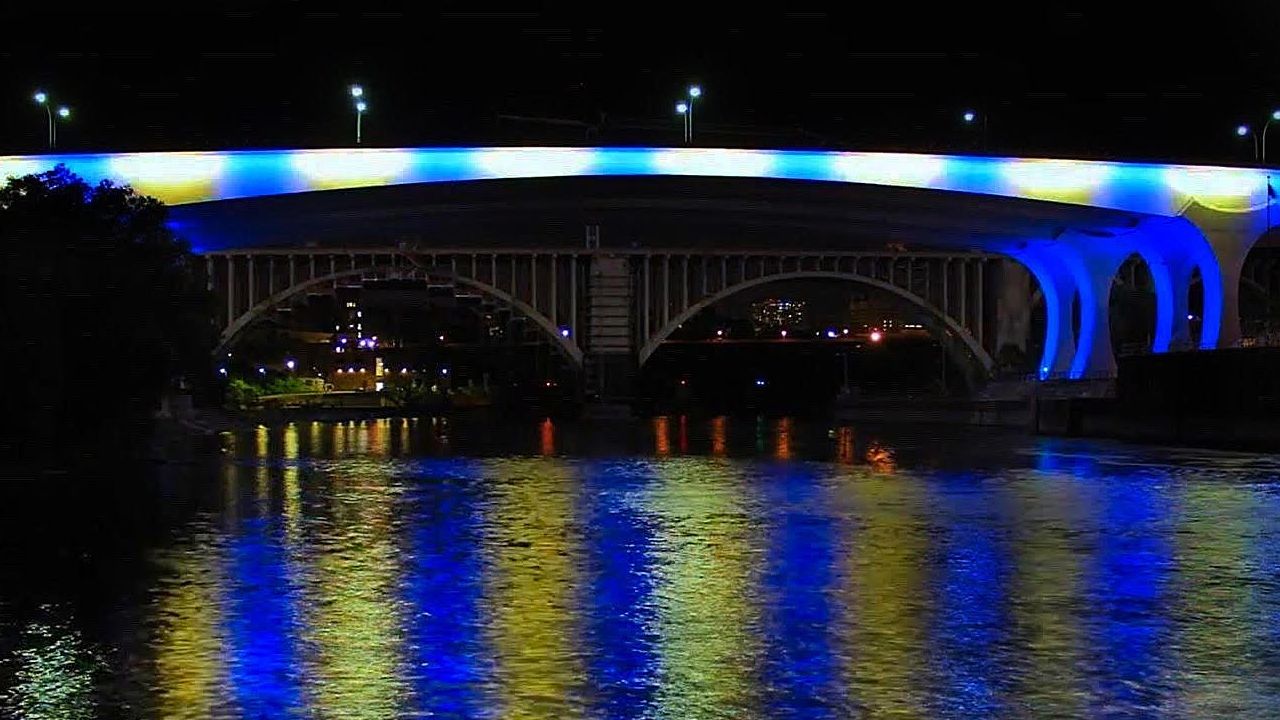 I-35W Bridge lit blue and yellow in support of Ukraine.

The Minnesota Department of Transportation has announced the I-3W bridge in Minneapolis will be lit in Ukraine’s colors Friday night and through the weekend.

According to the agency, the bridge will be blue and yellow, and is being lit to support Ukrainians as Russin forces invade the country.

The move of support comes as Russian forces, which began invading the country Thursday, close in on Ukraine’s capital city, Kyiv.

The assault, anticipated for weeks by the West, amounts to Europe’s largest ground conflict since World War II. It could also portend the emergence of a new “Iron Curtain” between the West and Russia, with global repercussions.