Records, video shed new light on extent of fuel leaks near U of M campus

Newly obtained surveillance video shows the moment an underground explosion rocked the Dinkytown area near the University of Minnesota earlier this summer.

The explosion on June 30 led to a mass evacuation on and off campus as officials tried to determine the cause of the mysterious gas odor. No one was injured.

The video, obtained by 5 INVESTIGATES through a public records request, shows manhole covers flying in the area and a group of people scattering nearby.

More than a month and a half later, investigators are still trying to track down what caused that leak and subsequent explosion — and another leak that occurred about a month later.

Texts, emails and records also obtained by 5 INVESTIGATES reveal the extent of the emergency and response. Incident reports reveal that the FBI was among the agencies that responded after the second leak on Aug. 2, which also led to evacuations on campus. 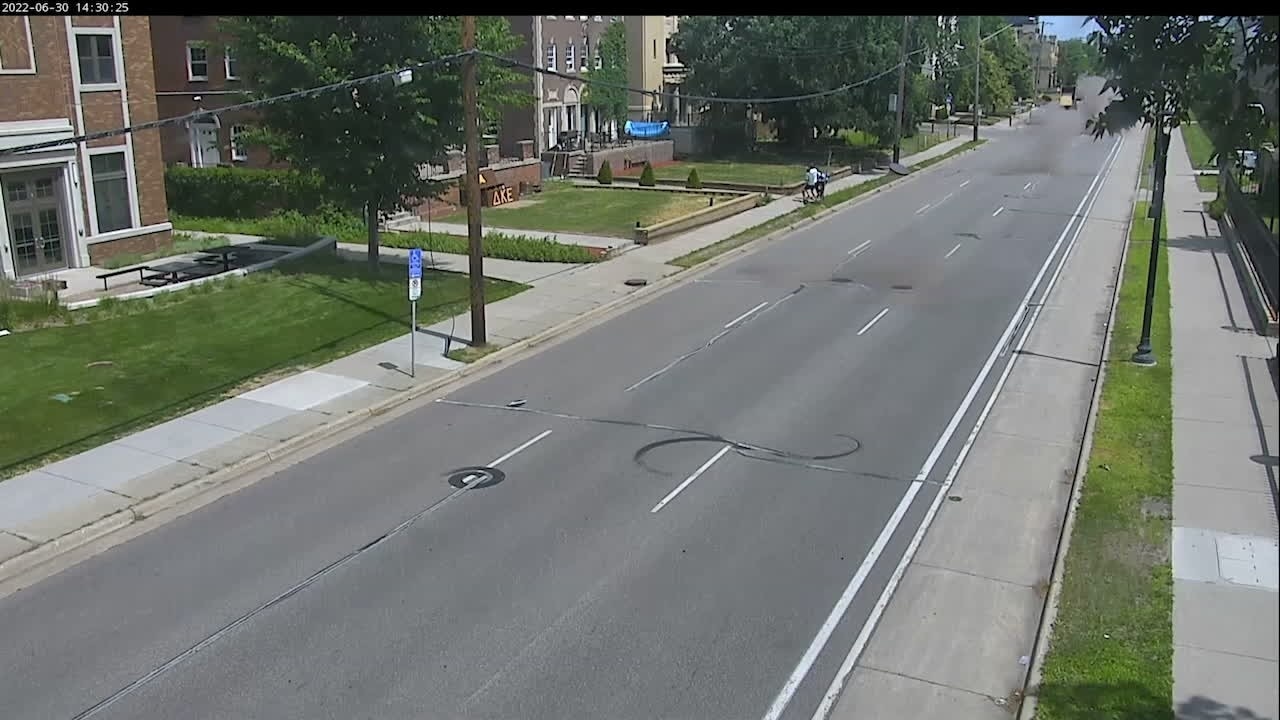 This still frame from surveillance video obtained by 5 INVESTIGATES shows the moment an underground explosion causes manhole covers to fly June 30, 2022, on University Avenue near the University of Minnesota campus.

One official texted a colleague, “there’s a smell of gas again and mpls is getting 100-percent readings” on the meters. The official added: “this one is not a drill.”

However, the records also indicate that complaints about the smell of gas started coming in four days earlier on July 29. The state fire marshal notified department leaders and said, “I will keep everyone looped in should it ramp up to something more.”

The University of Minnesota is expected to welcome students back on campus in a matter of weeks. A spokesman for the university said that there is no reason to believe the cause of the leak is anywhere on the university’s campus.