Several fraternity houses and buildings along University Avenue and the University of Minnesota were evacuated Thursday afternoon after a fire and explosion.

Firefighters and police responded to the area of 17th Avenue Southeast and University Avenue just before 3 p.m. for a fire in the basement of Delta Tau Delta fraternity house.

The Minneapolis Fire Department says crews found heavy smoke and flames coming from the basement of the building. As crews worked to extinguish the fire, several reports of an explosion that blew manhole covers off the road along University Avenue were made.

Authorities evacuated buildings along the University Avenue and Oak Street corridor between 10th and 19th streets.

U of M officials gave the all-clear notice at 9 p.m. for people to return to campus buildings, but University Avenue remained closed to vehicles between 15th Avenue Southeast and Oak Street Southeast.

The fire department also says children at the YMCA were evacuated and put on a bus for shelter while a daycare on 16th Avenue was evacuated to Bierman Field near campus. 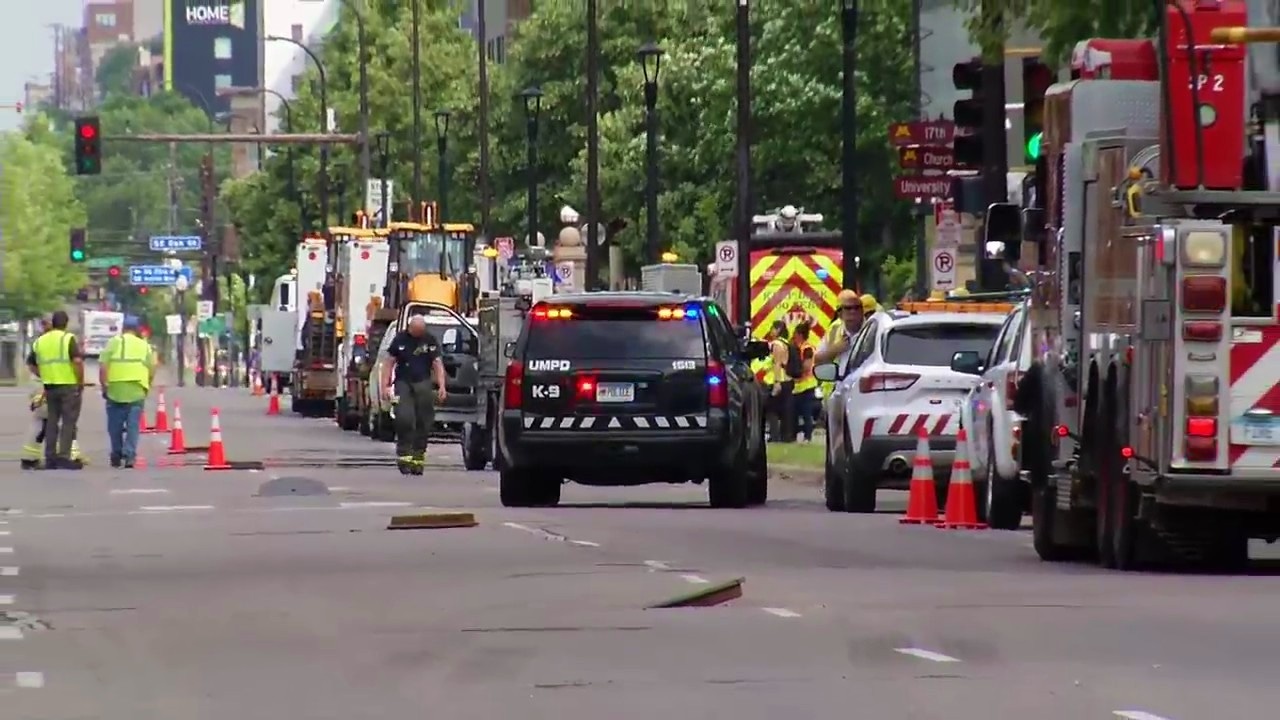 Fire, police and energy crews on University Avenue Southeast near 17th Avenue, where a fire and explosions were reported on June 30, 2022. (KSTP-TV)

Minneapolis Fire says it’s investigating a possible gas spill in the sewer line as the cause of the smell and the explosions.

The fire in the frat house was extinguished. No injuries have been reported at this time.

The scene was still active shortly before 5 p.m. and the public was asked to avoid the area.

Tweets by the Minneapolis Fire Department

University of Minnesota officials issued a series of social media posts regarding the incident:

This is a developing story. 5 EYEWITNESS NEWS has crews at the scene and is working to gather more information.