One of the first significant fentanyl cases in the country started in a small apartment in Minnesota, took nearly a dozen lives, and foreshadowed the pain of a crisis that is now growing larger every day.

For more than five years, 5 INVESTIGATES has closely followed the case of Aaron Broussard.

In September, Broussard was sentenced to life in prison for running an online drug operation in which he mailed deadly doses of fentanyl to customers who thought they were purchasing knock-off versions of Ritalin.

As first reported in 2017, Broussard’s victims included a “rising star” professor from Minnesota.

Now in a rare sit-down interview, federal prosecutors describe how they built the case right as fentanyl was replacing less powerful opioids as the leading cause of overdoses in the country. 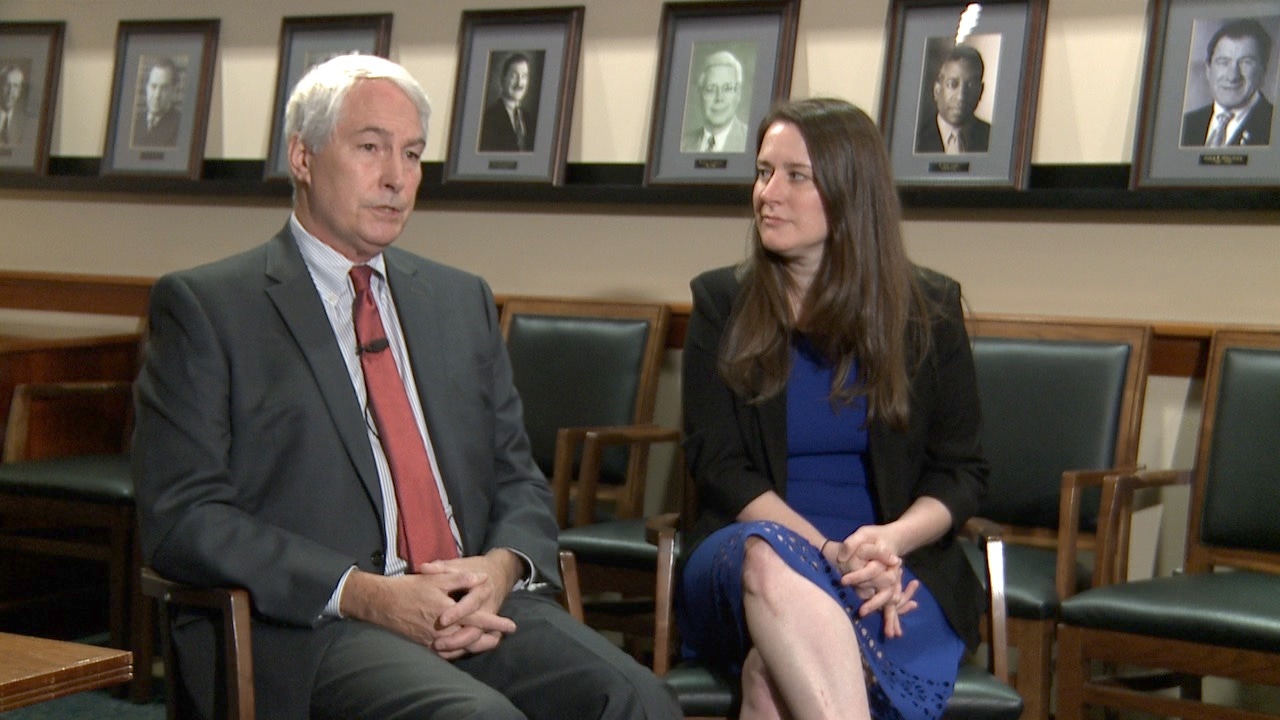 “The awareness of fentanyl and the landscape of fentanyl was very different than it is today,” said Melinda Williams, assistant U.S. attorney in Minneapolis.

When the investigation began, the dangers of the synthetic opioid were not fully known.

“This was prior to really anybody’s knowledge of fentanyl,” said Lucy Angelis, the widow of Dr. Jason Beddow, a University of Minnesota professor who overdosed and died in his campus office.

Within months, they tied 16 victims from around the country — including 11 who did not survive — back to Broussard’s apartment in Hopkins.

“We were able to really identify him not just by name and by identity, but also by his distinctive brand that he used,” said Tom Hollenhorst, the lead prosecutor for the U.S. Attorney’s Office in Minnesota. “He was killing his customers, and I think that was his downfall.”

Prosecutors suspect there are more victims whose deaths were not linked to Broussard simply due to the limited knowledge of the synthetic drug at the time.

“We had a victim, for instance, who was diagnosed by an excellent doctor or medical professional as having had a heart attack because there was no awareness to even test for fentanyl,” Williams said.

In Minnesota, Lucy Angelis said she was also told her husband died of a heart attack.

RELATED: U Professor Victim in Nationwide Fentanyl Operation Run Out of Hopkins Apartment

“It made you just stop in your tracks because you’re, like, starting to heal from the death,” Angelis said. “And then you’re told, ‘Well, it wasn’t just a death — there was actually some malicious intent.’”

During the trial last spring, prosecutors told the jury that the victims were not seeking fentanyl.

In fact, most of them likely did not know the drug even existed.

“Their loved ones were not heroin addicts. They were not fentanyl addicts,” Williams said.

Multiple chances to save lives

Angelis is now focused on honoring her husband’s life.

She helped form a scholarship in Beddow’s name at the University, where he taught applied economics and used data to better understand the impact of agricultural systems.

But for the past five years, she was consumed by a court case that dragged through the court system and dragged down the victims’ families.

Since the trial was in her backyard, Angelis sat in court at the federal courthouse in downtown St. Paul every day and formed a bond with the other families whom she had never met.

“For me, it was very healing,” she said. “I got to meet a majority of the family members that were impacted by this man.”

Broussard, who at times acted as his own attorney and successfully delayed the trial for years by repeatedly filing motions, has never taken responsibility for his deadly operation.

He didn’t apologize in court or in letters sent to the KSTP newsroom.

In 11 handwritten pages, Broussard maintained, as he did at trial, that he never meant to send his customers fentanyl and blamed the mix-up on his suppliers in China.

But prosecutors told the jury Broussard had multiple chances to save lives.

Suppliers urged him to get the drugs tested.

After surviving an overdose, one customer emailed him an urgent warning, according to evidence presented at trial and obtained by 5 INVESTIGATES.

“She reached out to him and said, ‘I experienced an overdose. You have to stop this before it goes any further,’” Williams said. “And he didn’t.”

In September, a federal judge sentenced Broussard to life in prison, saying that his “lack of remorse” makes him a “clear and present danger to society.

“He couldn’t be bothered to do the right thing,” Angelis said. “That’s what I think hurts the most.”

After spending years tracking the shipments, tracking down victims, and talking to their families, prosecutors described Broussard as a man who cared only about making money and keeping his business going.

“I can’t think of a better word than evil,” Williams said.

On Friday, Nov. 11, investigative reporter Ryan Raiche shared how this story came together over years of research. You can watch his conversation with anchors Lindsey Brown and Paul Folger below.