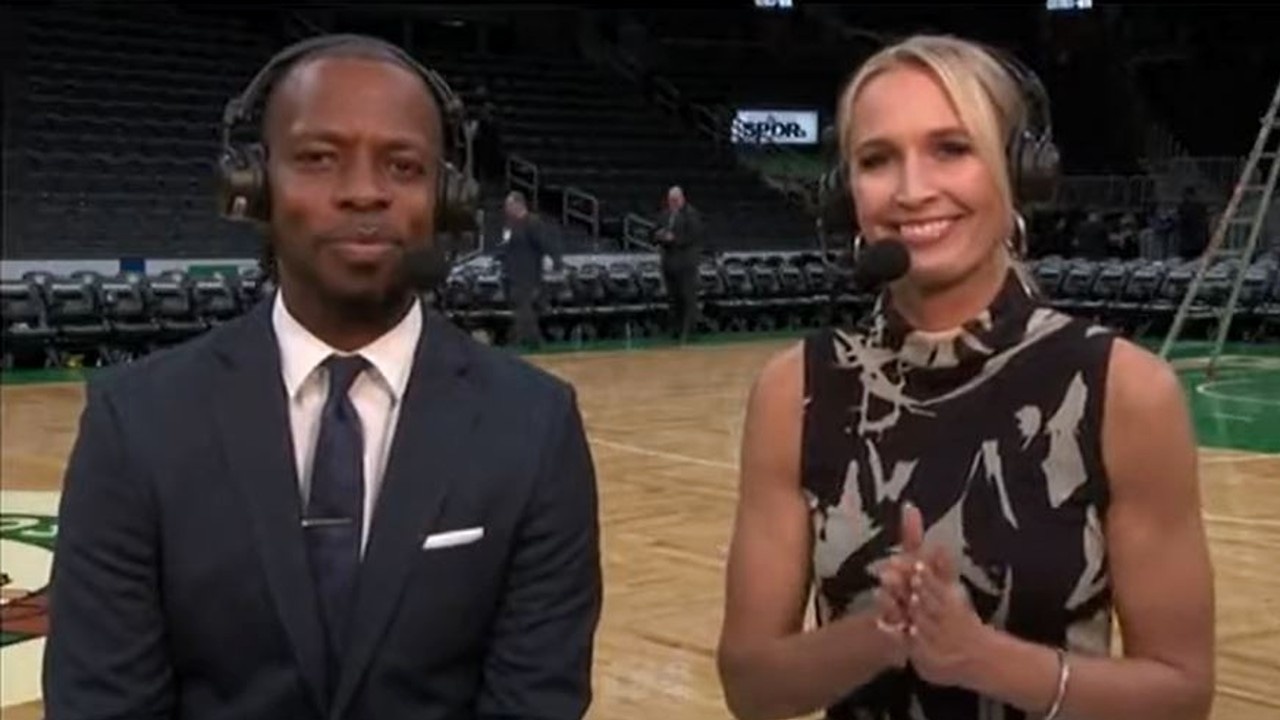 Michael Grady (left) and Sarah Kustok discuss the Brooklyn Nets loss to the Boston Celtics on April 20, 2022, on YES Network. Grady was named the new TV play-by-play announcer for the Timberwolves on Thursday. (Courtesy: YES Network)

Grady has spent the past six years as a courtside reporter for the Brooklyn Nets. He replaces Dave Benz, who was let go in May — to the dismay of fans — after 10 years in the role.

“Michael’s extensive knowledge of the game and his genuine on-air style make him the perfect fit for this role,” Timberwolves and Lynx CEO Ethan Casson said in a statement. “As Michael returns to his Midwest roots, we couldn’t be more excited to have his voice on the call for Timberwolves games for seasons to come.”

The 39-year-old is a multi-time Emmy Award-winning reporter, host and producer, as well as the winner of the 2016 Indiana Sportscaster of the Year Award. He started his career in his home state of Indiana in 2003, working in radio and TV, and also served as the Indiana Pacers’ public address announcer from 2010 through 2017 before joining the YES Network in New York to cover the Nets, host pre- and post-game shows for the Yankees and run play-by-play for the Liberty.

“Today is a thrilling day for myself and my family as this has been my lifelong dream to be an NBA play-by-play announcer,” Grady said. “I can’t wait to join Jim Petersen and the rest of the Bally Sports North crew calling games for this exciting franchise. I also look forward to interacting with our phenomenal Timberwolves fans and partners in the community to continue to tell the stories of this great basketball state.”

“Michael’s unique background and basketball acumen will serve him well in his new role,” Bally Sports North Executive Producer Tony Tortorici said in a statement. “Fans will enjoy his smooth delivery for this exciting new era of Timberwolves basketball and he will be a great compliment to longtime Timberwolves analyst Jim Petersen.”

The announcement comes a day after the release of the NBA schedule, which has the Timberwolves opening the upcoming season at home against the Oklahoma City Thunder on Oct. 19.