A celebration of life for former University of Minnesota standout running back Marion Barber III was held Wednesday at Huntington Bank Stadium.

Barber, who died at age 38, graduated from Wayzata High School, was an all-time Gopher football great from 2001-04, and then became a star player for the Dallas Cowboys during seven seasons in the NFL.

The event was open for the public to attend alongside those who knew Barber personally.

“It feels like you lose someone in your family,” said former Minnesota head football coach Glenn Mason. “Everybody knows he was a great player, great running back for the University of Minnesota. They saw him in person in the stadium, they watched him on TV. But when I think of Marion, I just think of him as a kid with a smile on his face, always upbeat, always giving me a laugh. Yeah, he was a great football player. He was a better person.”

Memorial contributions are also being accepted for the Marion S. Barber III Scholarship at the university’s College of Education and Human Development, with scholarship funds going to those in financial need, those with underrepresented identities or those who have overcome obstacles to achieve their educational goals. 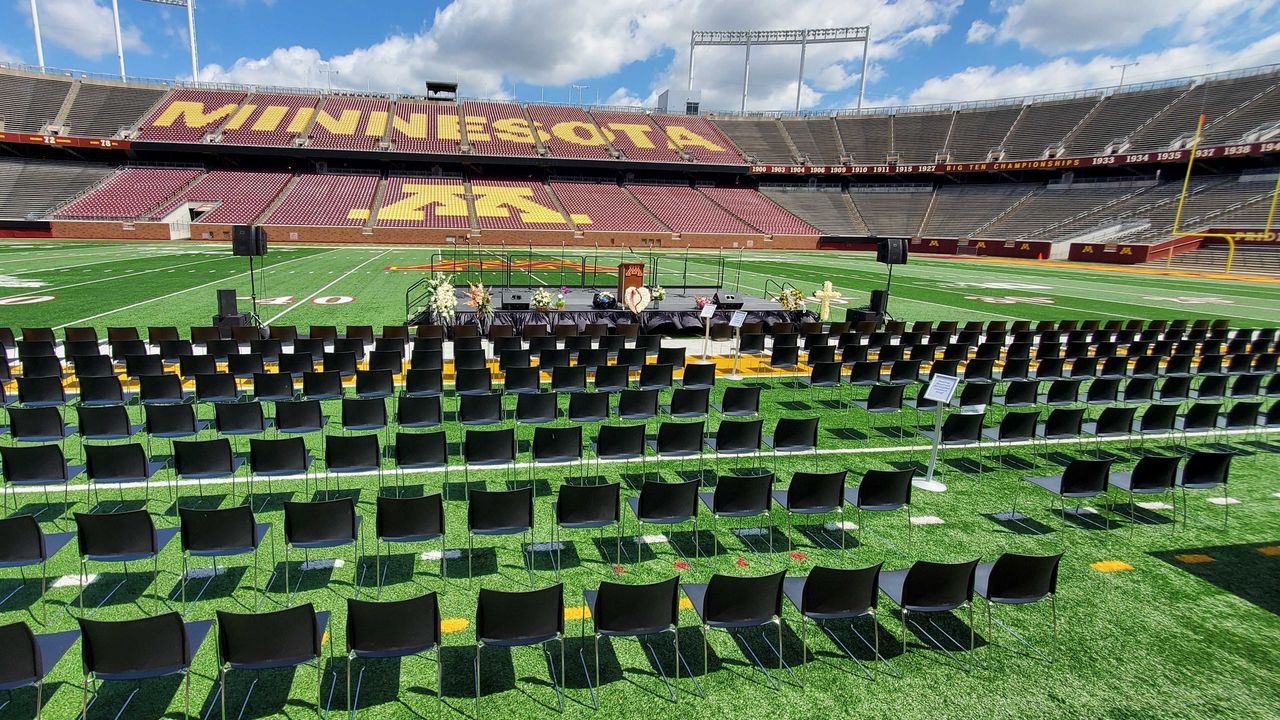 Chairs were set out for loved ones and the public to celebrate the life of Marion Barber III, a former University of Minnesota football player. (Erik Rognerud/KSTP)

Barber was found dead in his apartment in Texas on June 1. His cause of death is still unclear. He was said to have battled mental health issues after retirement.

His father, Marion Barber Jr., and two brothers, Dom and Thomas, all played for the Gophers. Thomas Barber is currently a defensive graduate assistant for the team.