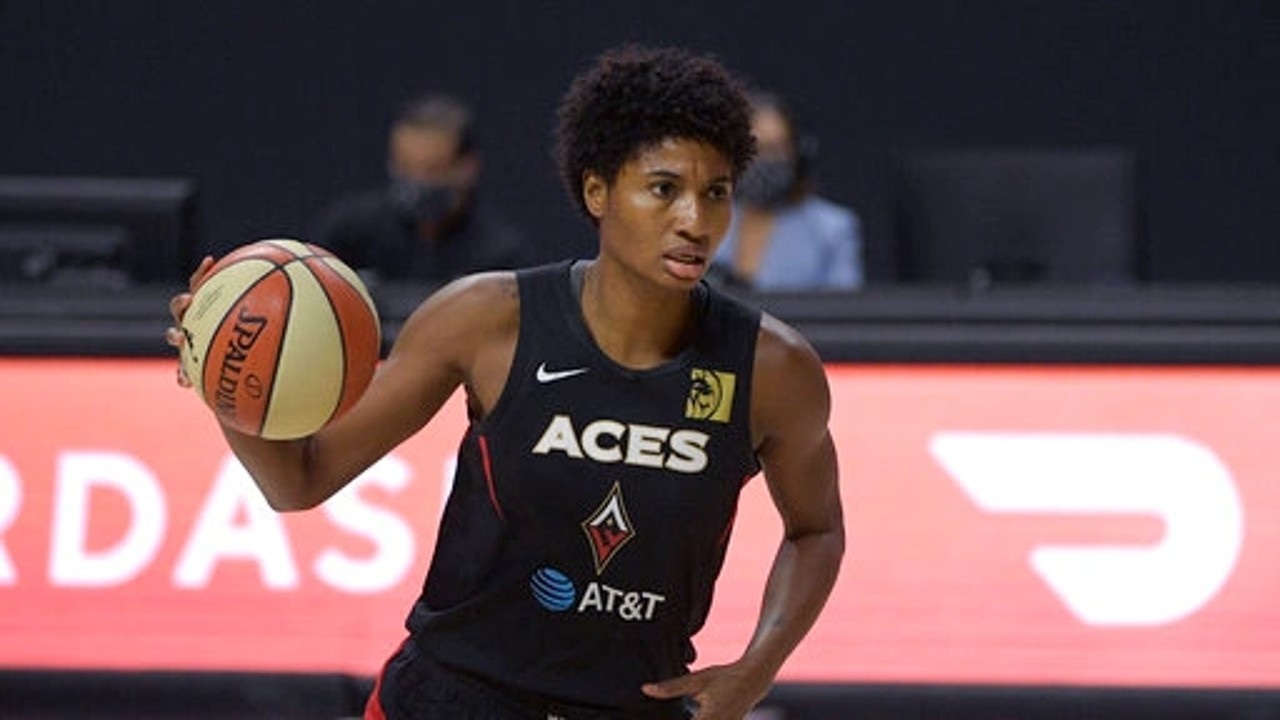 Angel McCoughtry’s Minnesota Lynx career is over just after it started.

The team on Thursday announced that it agreed to a contract buyout with the five-time WNBA All-Star.

McCoughtry signed with Minnesota this past offseason after spending the previous two years in Las Vegas. However, she missed all of 2021 with an ACL injury.

The 35-year-old played just two games in a Lynx uniform, averaging 10 minutes per game while recording 6 points per game, 3 rebounds per game and shooting 37% from the field.

“On behalf of the Lynx organization and players, I want to thank Angel for her belief in the Minnesota Lynx when she chose us in free agency,” Lynx Head Coach and General Manager Cheryl Reeve said in a statement. “Angel is one of the all-time greats in the WNBA and we wish her the very best.”

“Minnesota is a great organization and a class act,” McCoughtry said. “Thank you to Cheryl Reeve, the coaching staff and my teammates for the opportunity to come to Minnesota. Although the organization has been very patient with my injury and helping me heal my body, sometimes it’s about what fits best for both parties. I believe in myself and I know I will be all the way back to perform at the highest level. To my fans, thanks for your support during this time. It’s because of your support that I’ll be back and ready to give the game all I got.”

McCoughtry, the No. 1 overall pick in the 2009 WNBA Draft by the Atlanta Dream, is 15th in league history in total points.

The Lynx also waived guard Odyssey Sims on Thursday, just over a week after signing her. She played in two games this season, averaging 9.5 points per game, 3.5 rebounds per game and 3.5 assists per game in 27 minutes per game.

The Lynx have started the season 0-3.