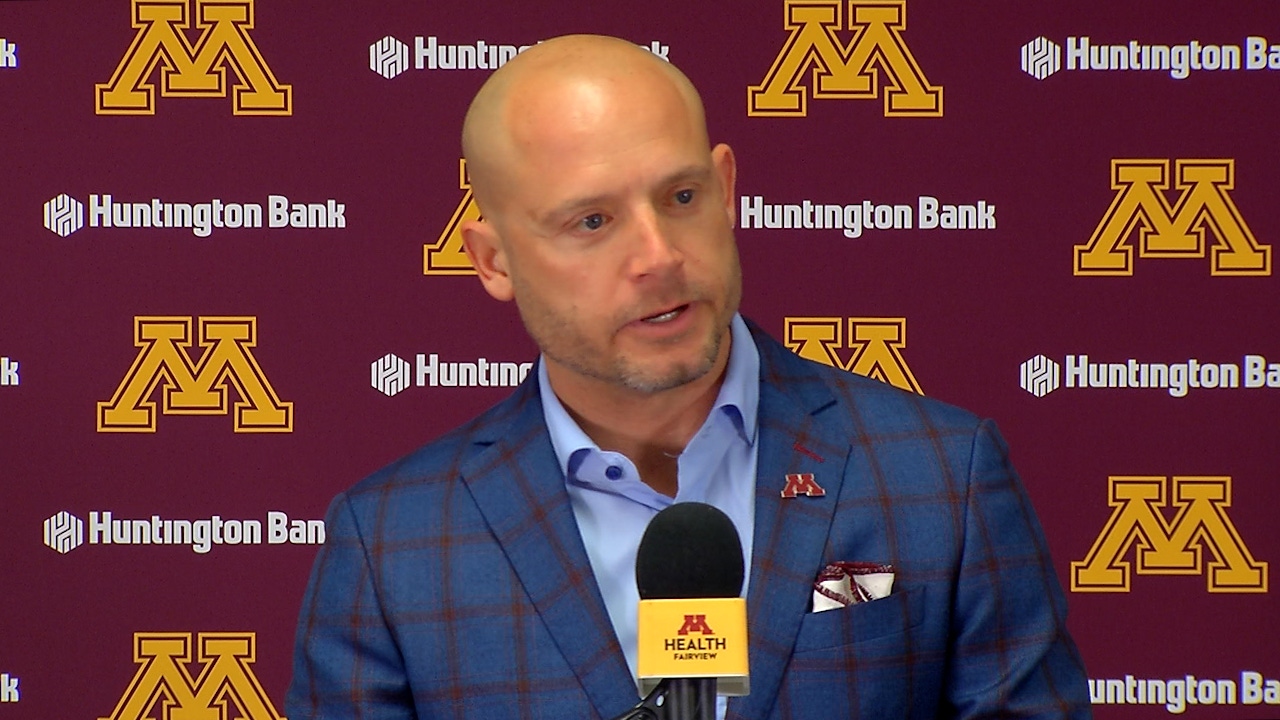 University of Minnesota football head coach P.J. Fleck has agreed to a new contract to continue leading the program for the next several years.

Wednesday, the university announced Fleck signed a new seven-year contract that runs through the 2029 season. The agreement still needs approval from the University of Minnesota Board of Regents.

It comes after the Gophers finished the 2022 regular season with a record of 8-4 (5-4 in conference play), earning an invitation to the Pinstripe Bowl.

In his six seasons leading the program, Fleck has compiled a 43-27 record. He’s already fifth in program history for wins and sixth for conference wins and games coached.

“This is all about cultural sustainability,” Fleck said in a statement. “We have talked about that from day one, and this new contract is a commitment to continuing to change our best academically, athletically, socially and spiritually. It is also a commitment to our elite staff and our tremendous fans. During the last six years, we have been able to do some amazing things at Minnesota, some of which have not been accomplished in more than 115 years. It is a tremendous honor to lead this football program, and our goal is to compete for championships every year. We are so grateful to the Board of Regents, President Joan Gabel, Mark Coyle and our staff for allowing us to do so. Heather and I and our family love living here and we are excited to continue on this journey with the entire state of Minnesota.”

“I am excited that P.J., Heather and their family will continue to call Minnesota home,” Director of Athletics Mark Coyle added. “What P.J. and his staff have done in a short amount of time is remarkable. He has recruited and developed some of the best student-athletes to ever play at Minnesota and his team continues to excel academically, athletically and socially. This year alone, a Gopher was either a semifinalist or a finalist for six different major college football awards, ranging from the best center in the nation to the best running back in the nation to the most impactful community service leader in the nation. P.J. consistently builds a team that Minnesotans can take pride in and one that competes for championships. I am grateful to President Gabel and the Board of Regents for their continued support, and I look forward to Coach Fleck continuing to lead the Gophers for a long time.”

While financial details of the contract weren’t immediately released by the university, Fleck’s new deal ties him to the program just one year longer than his past deal, as he signed a seven-year extension after last season.

KSTP Sports also confirmed that the new deal will give Fleck a raise of $1 million per season.

The 2019 Big Ten Coach of the Year has not only raised expectations on the field for the program, which has also resulted in 12 players chosen in the last four NFL Drafts — the most in program history over a four-year period since the draft was cut to seven rounds in 1994 — but he’s also overseen improvements off the field. During his tenure, the program has posted record GPAs and also participates in several efforts to give back to the community through events like diaper drives, school supply drives and canned food drives, as well as hospital visits.