The University of Minnesota and head coach P.J. Fleck have reached an agreement on a new seven-year contract, the university announced Wednesday.

Click the video box on this page to watch the complete press conference with P.J. Fleck and Mark Coyle as Fleck’s new seven-year contract was announced on Wednesday

The extension, if approved by the U of M Board of Regents, runs through the 2028 season.

"This is home," Fleck said in a statement. "Our family loves it here and we are excited to continue this journey at the University of Minnesota."

Fleck went on to say, "It’s a tremendous honor to lead this program, and we will continue to work to build a culture that connects the entire state." 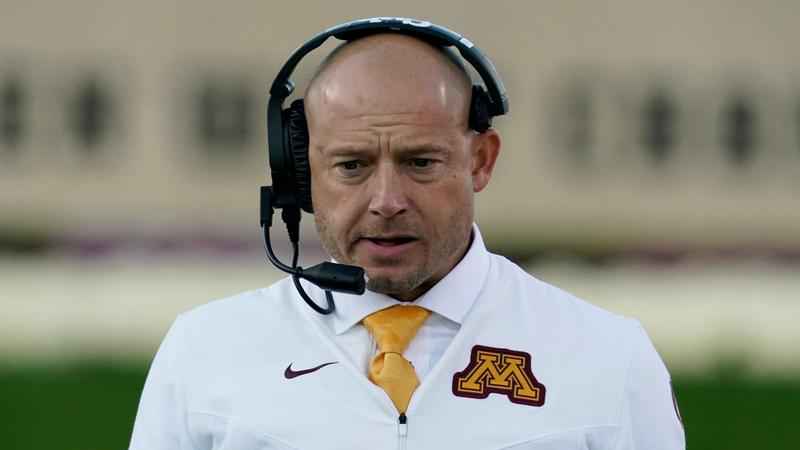 Minnesota head coach P.J. Fleck talks on the radio during the second half of an NCAA college football game against Northwestern in Evanston, Ill., Saturday, Oct. 30, 2021. [Nam Y. Huh/Associated Press]

This season, the Gophers are off to a 6-2 record and a 4-1 mark in Big Ten. Fleck is currently 32-21 overall with the Gophers, and in his last 34 games is 24-10—a record not realized in nearly 80 years, according to the university.

Currently in his fifth season, Fleck is ranked 10th in school history in terms of games coached (53 games) and sixth in wins (32 wins).

As a college head coach, Fleck is 62-43 overall. He’s been named Big Ten Coach of the Year once and Mid-American Conference Coach of the year twice.