Boxer Yerbossynuly in medically-induced coma after Saturday defeat at Armory 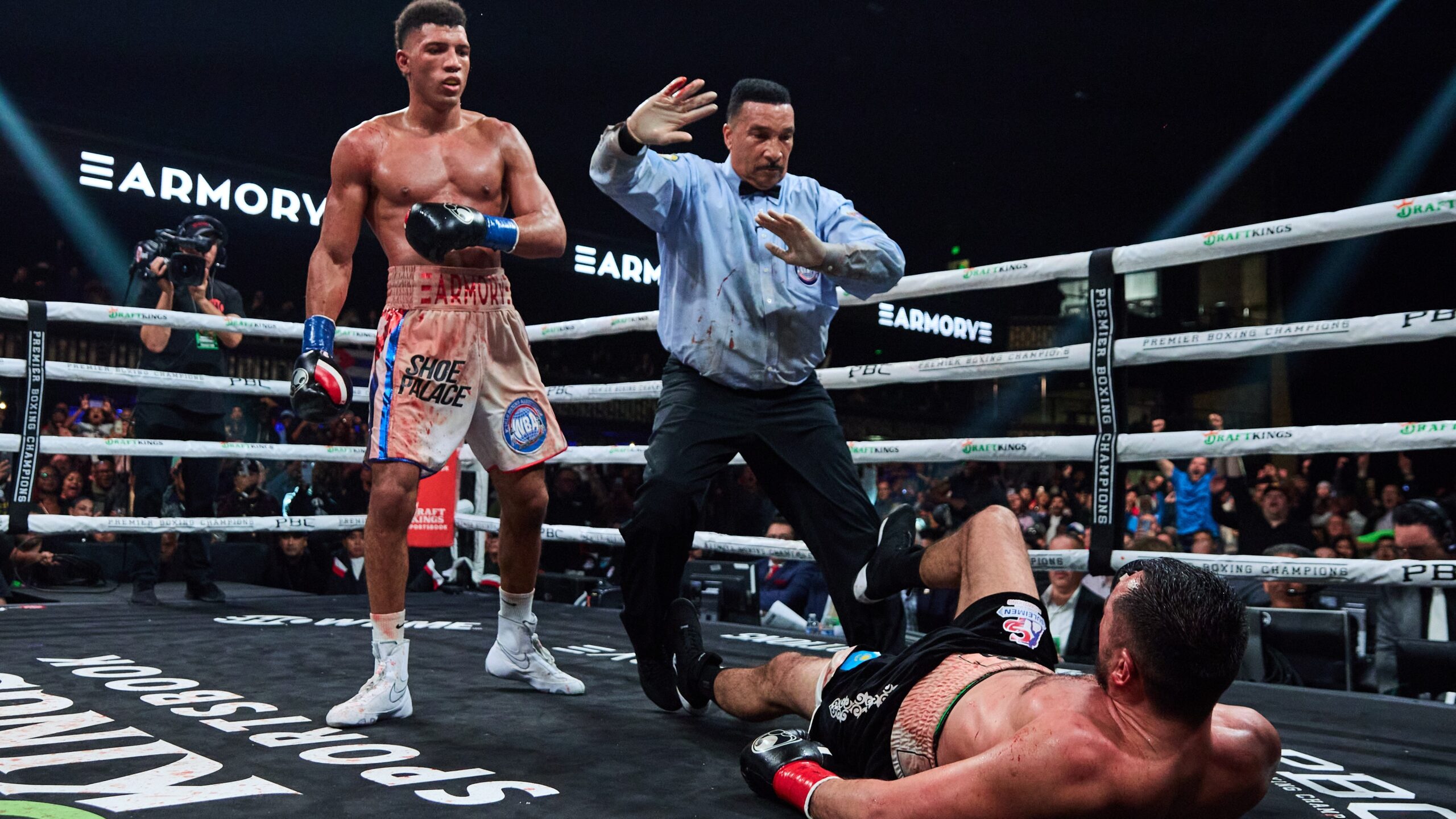 Aidos Yerbossynuly lies on the canvas after being knocked down by David Morrell in their WBA World Super Middleweight title fight at the Minneapolis Armory on November 5, 2022 (Photo: Esther Lin / SHOWTIME)

A source with knowledge of the situation confirmed to KSTP Sunday night Yerbossynuly had surgery to alleviate pressure on his brain. The source says it’s too soon to attempt a long-term prognosis.

Morrell dominated the bout with Yerbossynuly, knocking him down early in the twelfth and final round.

As the final round continued, referee Tony Weeks penalized Yerbossynuly a point on the scorecards for continuously hanging onto Morrell.

With about forty seconds left in the bout, Morrell landed a devastating right hook directly to Yerbossynuly’s face that sent him to the canvas, ending the fight.

Weeks didn’t even begin a ten-count, instead helping Yerbossynuly slowly rise to his feet.

Morrell was celebrating his victory as Yerbossynuly initially stood up, but then stumbled back into the ropes.

Seeing Yerbossynuly needed assistance, Morrell ran to him and kept him upright. Morrell helped Yerbossynuly walk to his corner and sit on his stool, where he immediately received medical attention.

The defeat was the first of Yerbossynuly’s career. He entered the bout 16-0 having waited fourteen months for the opportunity to fight Morrell, who is 8-0 in his career and the reigning WBA World Super Middleweight champion.