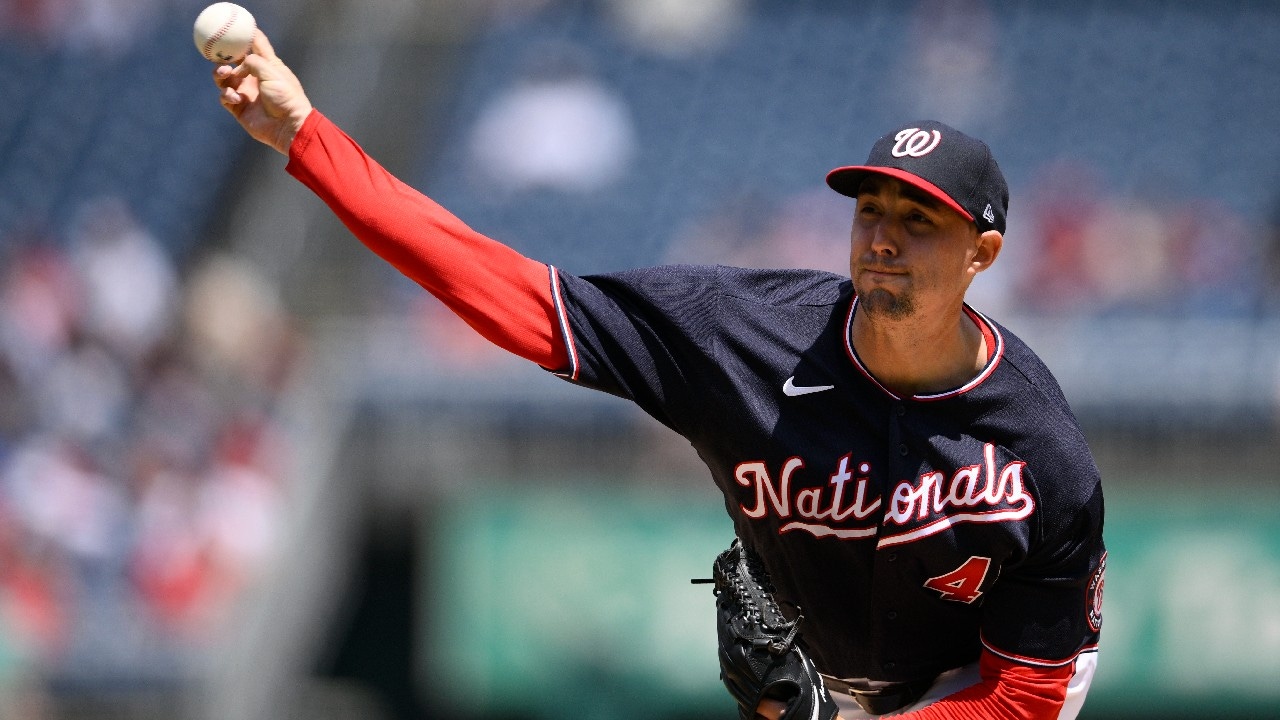 Washington Nationals starting pitcher Aaron Sanchez throws during the first inning of the first baseball game of a doubleheader against the Colorado Rockies, Saturday, May 28, 2022, in Washington. (AP Photo/Nick Wass)

The Minnesota Twins made a series of roster moves Monday, including selecting Monday night’s pitcher.

The club selected the contract of pitcher Aaron Sanchez, who will pitch Monday against Detroit.

Sanchez, 30, has made eight starts for the St. Paul Saints since signing with the organization in June, going 3-1 with a 4.26 ERA across 38 innings. He was designated for assignment by the Washington Nationals earlier this year.

Additionally, the Twins reinstated infielder Gio Urshela from the paternity list. He was placed on the list Friday as he and his wife were expecting a baby girl.

Gilberto Celestino, who was recalled to take Urshela’s spot, was moved to the paternity list himself on Monday as he and his wife await the arrival of a baby boy.

To take Celestino’s roster spot, the Twins recalled outfielder Mark Contreras from St. Paul. He had just been recalled Saturday and optioned back to Triple-A on Sunday.