What to watch in Tuesday’s primary election in Minnesota

Minnesota’s primary election day is Tuesday. Below, 5 EYEWITNESS NEWS has a guide for voters, including a look at what races we’re watching.

Click the dropdown below for a guide to help you prepare as you head to your polling place Tuesday:

WHAT IS A PRIMARY?

A primary election determines which candidates will appear on the November general election ballot.

To help explain, the Minnesota Secretary of State's Office provides this example: Five candidates from one political party might run for governor. The winner of the August primary election will represent their party in the race for governor on the November general election ballot.

You can see a list of political parties in the state here.

HOW DO I REGISTER?

If not already eligible, individuals can register to vote in a variety of ways, including online, by filling out a print form, or in person on the voting day.

HOW DO I VOTE?

Voters can vote in person or by voting early via mail. You can also locate your polling place here, which includes updated redistricting information. Polling places are usually open from 7 a.m. to 8 p.m.

The Minnesota Secretary of State's Office reports that as long as you're in line by 8 p.m., you can vote, even if you do not reach the front of the line until after 8 p.m.

WHAT SHOULD I BRING?

If your voter registration is current and active, meaning you were registered to vote at least 21 days before the election day and haven't moved or changed names, an identification card isn't required. If that is not the case, you will need to show proof of residence before voting.

WHAT'S ON MY BALLOT?

Enter your zip code or county via the Secretary of State Office's website to view a sample ballot.

WHEN WILL I SEE RESULTS?

According to the Minnesota Secretary of State's Office, election results are not official until they have been reviewed and certified by a canvassing board.

On Election Night, county election officials will enter unofficial election results on the Secretary of State's website. Following Election Day, county election officials will audit and proof their work before they canvass their results. Once results have been proofed by county election officials, the County Canvassing Board must review and approve the results before they are official. The county canvass report is then sent to the Minnesota Secretary of State's Office, where it is carefully reviewed and incorporated into a statewide canvass report that is presented to the State Canvassing Board. This board is responsible for canvassing and certifying the results of all statewide elections.

You can learn more about the canvassing board process here.

Additionally, the Minnesota Secretary of State's Office has launched a "Minnesota Elections Facts" webpage to answer questions Minnesota voters may have about the voting process and results.

RACES TO WATCH IN MINNESOTA

Here’s a breakdown of key races:

In their campaigns, both candidates have taken to pointing out topics on which they disagree. 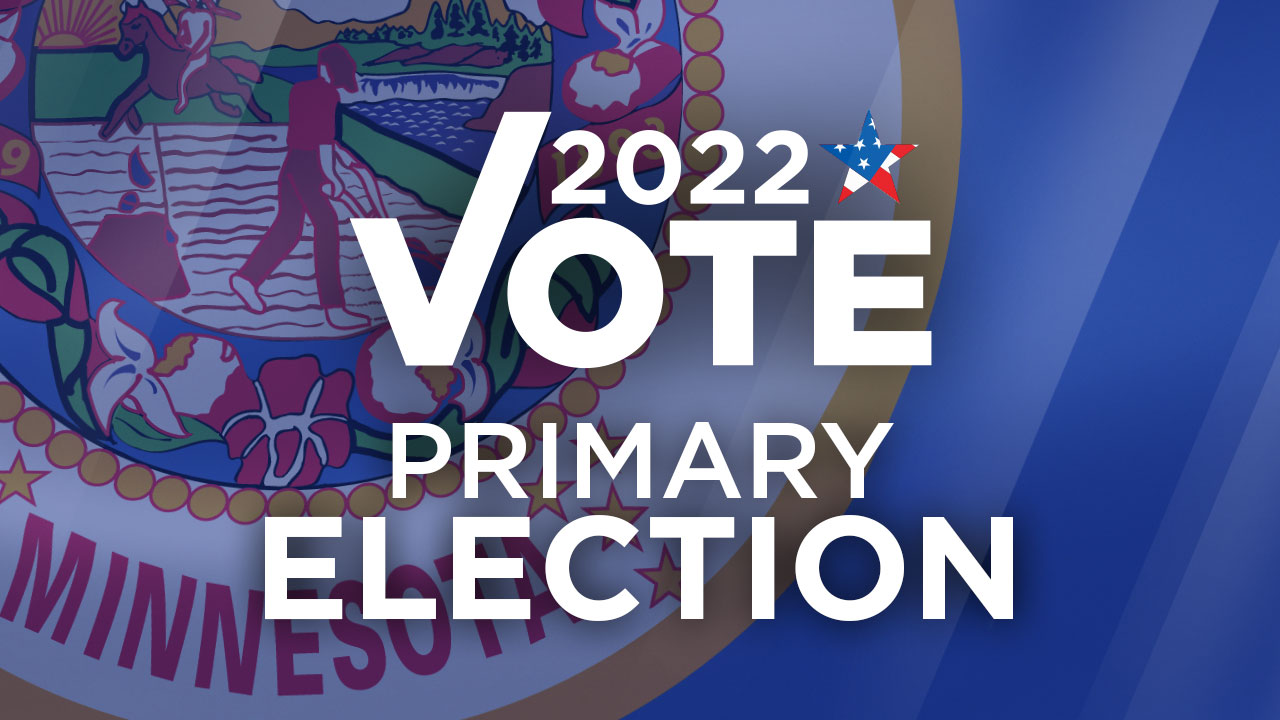 Jensen has questioned Walz’s management of the pandemic and has hammered the governor for rising crime around Minneapolis. Walz, meanwhile, has highlighted his own support of abortion rights and suggested that Jensen would be a threat to chip away at the procedure’s legality in Minnesota.

In the state’s Fifth Congressional District, crime has emerged as the biggest issue in Democratic Rep. Ilhan Omar’s campaign for the primary.

She faces a challenge from former Minneapolis City Council member Don Samuels, who opposes the movement to defund the police and last year helped defeat efforts to replace the city’s police department. Omar, who supported the referendum, has a substantial money advantage and is expected to benefit from a strong grassroots operation.

McCollum has served in Congress for nearly 22 years and chairs an appropriation subcommittee. Badhasso is a community organizer and refugee from Ethiopia whose family fled the ongoing violence in her home country when she was a child.

In addition, there will be a general election for the First Congressional District to fill the seat of the late Rep. Jim Hagedorn, who died earlier this year from cancer.

Republican former state Rep. Brad Finstad and Democrat Jeff Ettinger, a former Hormel CEO, are simultaneously competing in primaries to determine the November matchup for the next two-year term representing the southern Minnesota district, as well as a special election to finish the last few months of Hagedorn’s term.

Southeast metro area voters will also decide whether to approve a $462.6 million bond to go toward the construction of two elementary schools, expansion of three high schools, and improvements to facilities districtwide, as well as land acquisition. Learn more about the district’s referendum here.

Stay with 5 EYEWITNESS NEWS and KSTP.com for complete coverage and election results throughout the day Tuesday.