The Queen of Norway is visiting Minnesota this week for the first time in more than a decade.

Queen Sonja of Norway made the first stop of her four-day trip Thursday at the Minnesota State Capitol.

Gov. Tim Walz met privately with the queen for about 15 minutes before addressing the media.

The room was filled with Minnesota National Guard Soldiers in honor of a long-standing partnership.

The Minnesota National Guard and Norwegian Home Guard have an annual troop exchange program, which will mark 50 years in February. 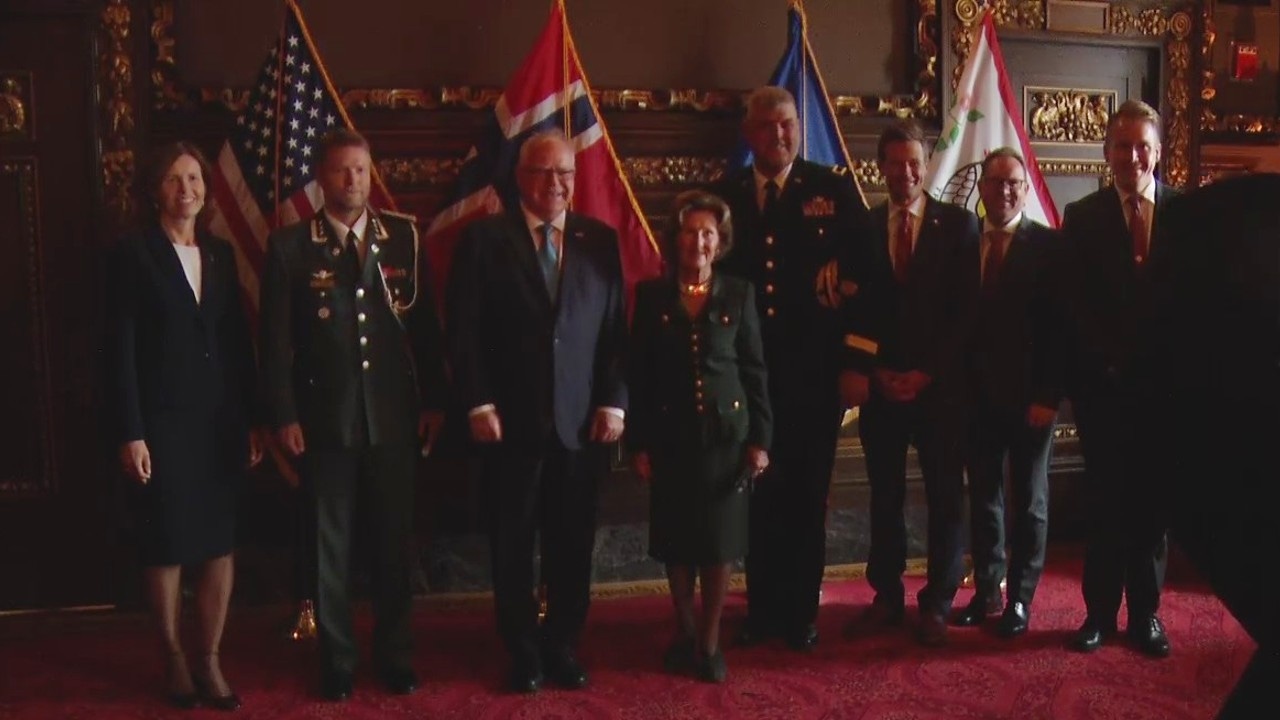 Gov. Tim Walz poses for a picture with Norwegian Queen Sonja at the Minnesota Capitol on Oct. 13, 2022. (KSTP-TV)

“This exchange of military training and culture has survived the test of time, becoming the longest-standing exchange program in the U.S. Department of Defense,” said Minnesota National Guard Gen. Lowell Kruse.

The queen will visit St. Olaf College on Friday and attend a ribbon-cutting celebration at Norway House in Minneapolis on Saturday.

“We are just thrilled to be having her majesty here,” said Norway House Executive Director Christina Carleton. “We are the Norwegian arts, business and culture center in the United States and we’re now celebrating an 18,000-square-foot expansion.”

The $20 million project has been in the works since 2017 and will feature a new 250-seat event center.

Norway House is also unveiling a new outdoor sculpture during the queen’s visit.

Norwegian artist Finn Eirik Modahl created a 16-foot pinecone out of mirrored steel, which has a sister sculpture just outside Bergen, Norway.

Carleton hopes the new additions at Norway House can be a gathering place for the nearly 900,000 Minnesotans who can trace their ancestry back to Norway.

“They have a huge fondness for Norway. It’s in their heart and so now they have a home to come to and celebrate,” Carleton said.

The event at Norway House begins at 11 a.m. Saturday. The plaza will open at 9:30 a.m. and organizers recommend arriving early for the best viewing. It is free and open to the public.

A block party will follow until 2 p.m., with food trucks, live music and a raffle in partnership with Viking River Cruises valued over $16,000.

More information on the event, including transportation and parking recommendations, can be found on Norway House’s website.