Norway House in Minneapolis is celebrating a $19 million expansion.

On Friday, the nonprofit broke ground on its new Innovation and Culture Center. The project was funded by private donors and foundations, with public support from the Minnesota Legislature and the Norwegian government.

Norwegian heritage runs deep in the North Star State. The first immigrants settled in Minnesota back in the 1850s, and by 1990, more than three-quarters of a million Minnesotans claimed to have Norwegian heritage, according to the U.S. Census Bureau.

"With this project Norway House, I believe, further solidifies its place as the Norwegian campus in the Twin Cities and Minneapolis and the state of Minnesota," said Eivind Heiberg, honorary consul general of Norway.

Norway House develops partnerships between businesses and the arts community to bring Norwegian culture to the U.S. 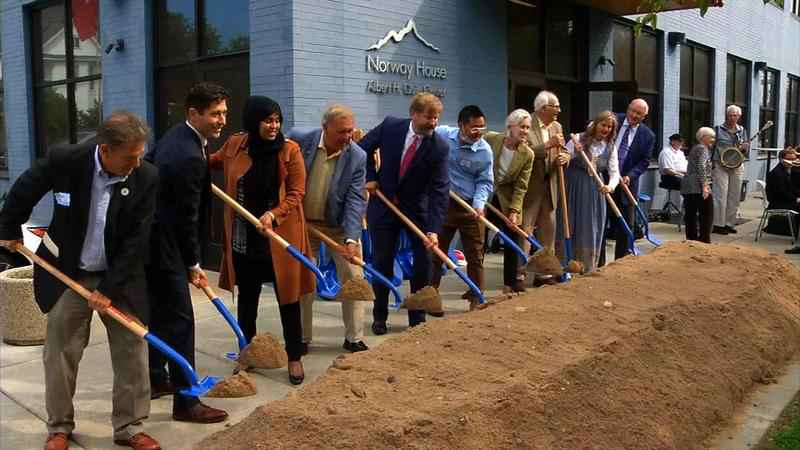