Many of Minnesota’s top public officials were sworn in for their new terms Monday morning.

The inauguration began at 11 a.m. and was followed by an open house at the Capitol at 2 p.m.

RELATED: At Issue: Nov. 13 – Breaking down the 2022 elections, predicting what’s next

Tuesday, multiple counties across the state will be swearing in new leadership. 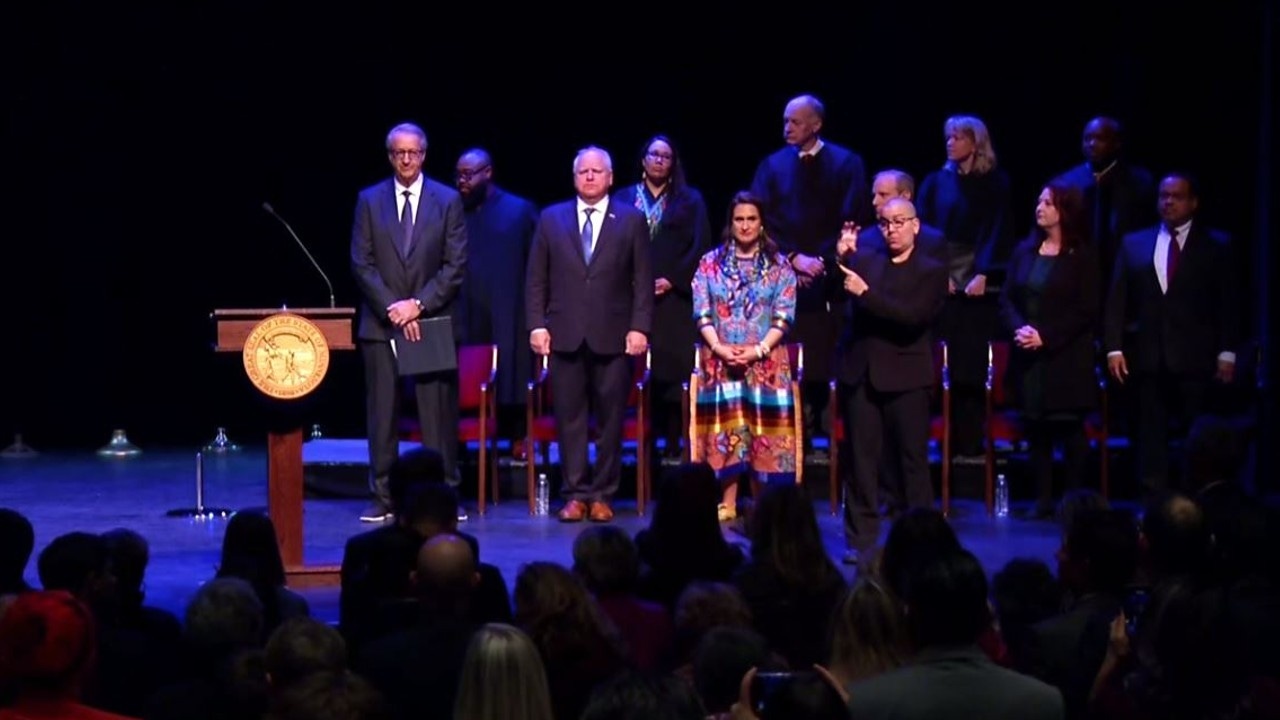 Gov. Tim Walz and other elected state leaders stand on stage during a swearing-in ceremony in St. Paul on Jan. 2, 2023. (KSTP-TV)

In Hennepin County, those leaders include Sheriff-elect Dawanna Witt and County Attorney-elect Mary Moriarty. As previously reported, Witt will become the first Black Sheriff in the county’s history. Moriarty is replacing Mike Freeman, who chose not to run for reelection.

The ceremonies will be held at the government center and will also be streamed.

In Anoka County, Sheriff-elect Brad Wise will also take an oath of office to replace Sheriff James Stuart, who is retiring.