Thursday afternoon, Gov. Tim Walz did his best to assure Minnesotans that it’s safe to be out and about in the Twin Cities while also calling for more help.

“We’ve never seen this number of them used before nor this length of time but they’re making a difference and that’s the most important thing,” Walz added on high-visibility law enforcement.

However, the governor also noted that local departments will have to play a bigger role in controlling crime at some point. 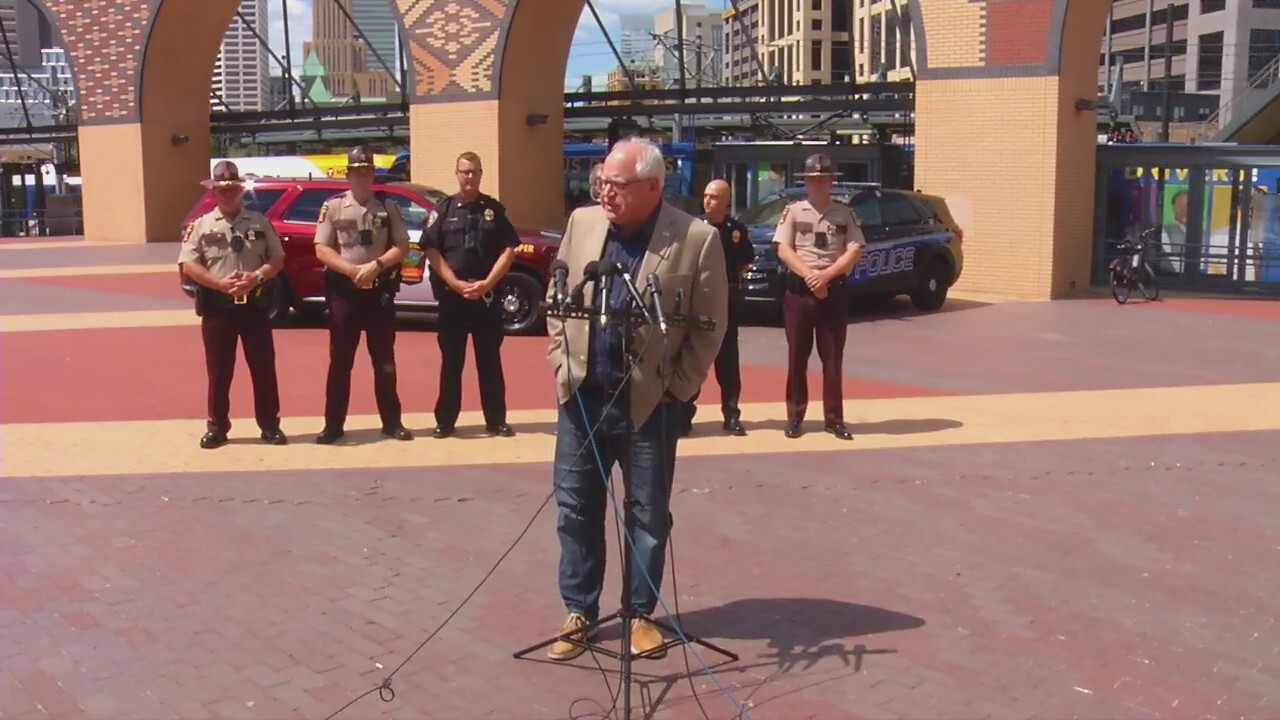 “This is not the long-term, sustainable plan,” Walz said, adding that the current plan of using state resources to help will continue “as long as necessary” but emphasizing that the “local folks are in control.”

Walz and Harrington both noted that the extra resources are helping to get violent criminals and drugs off the streets.

“We are targeting the most violent and the most dangerous criminals,” Harrington said of the operation.

The DPS commissioner also applauded the work of law enforcement and called on the community to come together, specifically to help deter youth from getting into criminal activities.

As for safety on public transportation, Raymond said Metro Transit Police is focusing on increased security at transit stations, increased presence on trains and buses as well as other higher-visibility patrols and efforts to build community connections.

On state highways, Langer commended troopers for their work in lowering traffic deaths, which have dropped by around 40 from this time last year.

“Last year was a horrific year across the country and in Minnesota, and we have changed that trajectory and made the roads safer. That doesn’t mean we’re perfect, that doesn’t mean there aren’t things we need to improve but my simple message is it’s working,” Langer said.

Langer also said, “I’m not gonna apologize for the work that we’re doing,” despite comments about increased traffic stops and HEAT patrols.

Thursday’s event came one day after the Minneapolis Public Health and Safety Committee reviewed updates from the city’s police department, which outlined recent crime trends and the ongoing efforts to reduce violent crime in the city.