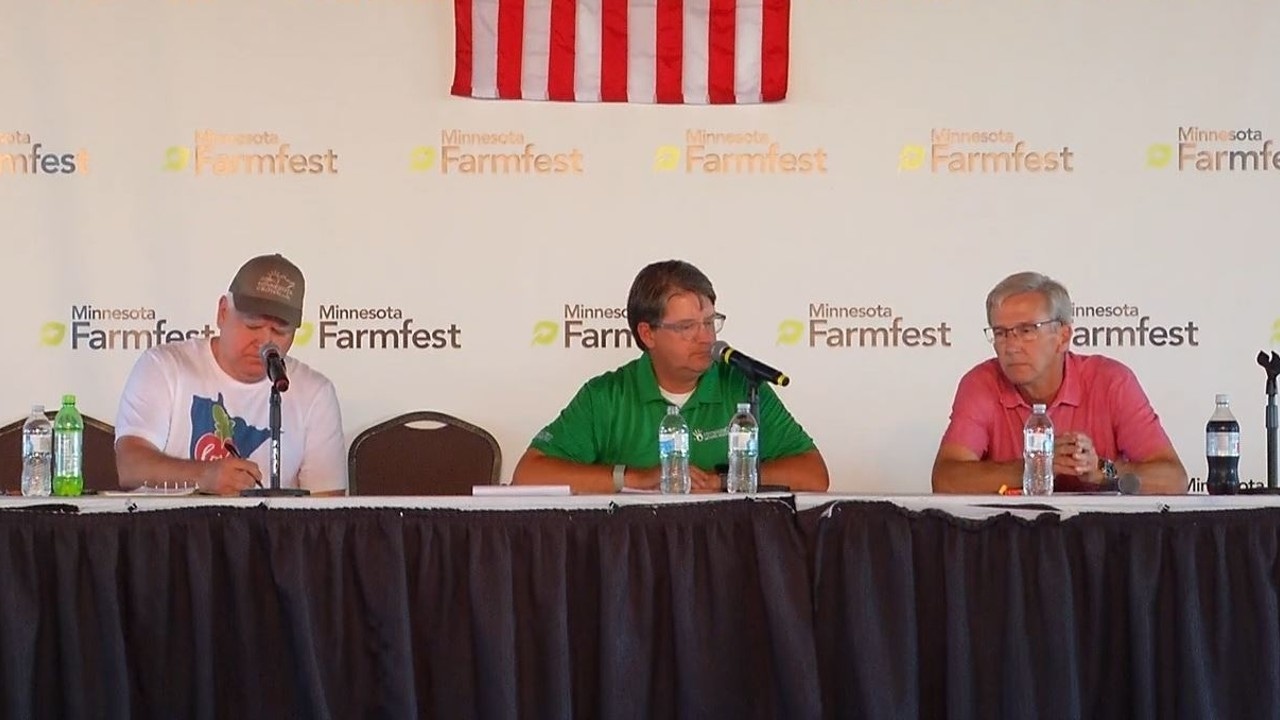 The only debate the two have had so far was at FarmFest early last month.

The first of next month’s debates is set for Oct. 18; The second debate is scheduled for Oct. 28.

Both debates will be streamed online, according to Walz’s campaign. Neither of the debates is scheduled to appear on television in the Twin Cities.

Jensen has repeatedly called out Walz for being slow to schedule more debates.

“While Tim Walz has finally decided to come out of his Summit Avenue basement and debate me, it’s a classic case of too little, too late. The election begins next week, September 23, when early voting starts. And, we will have had exactly one debate prior to the election beginning. This is a national playbook that all Democrats are following, just like Joe Biden in 2020, in which they hide from the voters and use their dark money allies like Alliance for a Better Minnesota to spread lies about their opponents. After I defeated Tim Walz at the FarmFest debate, he has cancelled every debate with a live audience since. None of the debates Tim Walz has agreed to will be in front of Minnesota voters and none will even air on metro television. Let me repeat: Tim Walz has not agreed to a single debate that will air on Twin Cities television. Simply put, Tim Walz is afraid to debate because his record is one of failure on crime, inflation, and education. Minnesotans will recognize this nontransparent, cynical strategy and his hide-in-the-basement approach will be totally rebuked on November 8th.”