Suspect, officers identified in incident that left 1 dead in Highway 13 shooting in Burnsville 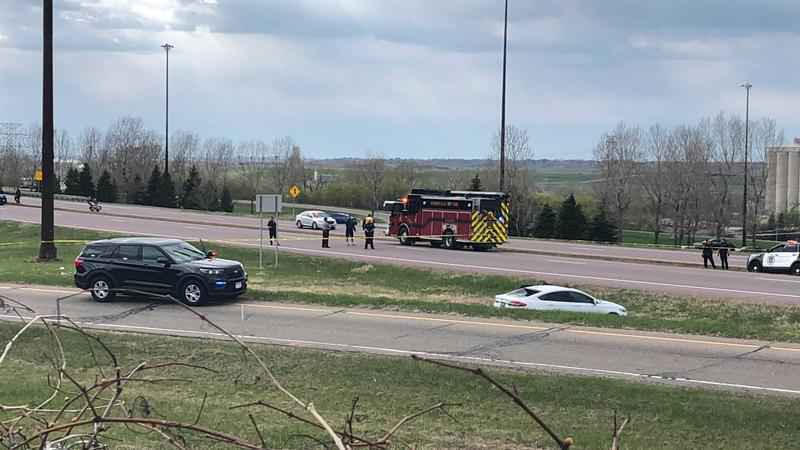 A carjacking suspect who died after exchanging gunfire with police Sunday afternoon in Burnsville has been identified, as well as the officers involved in the incident.

The BCA also released the identities of the officers involved in the shooting.

According to the BCA, a Burnsville police officer attempted to pull over a truck on Sunday at about 2:44 p.m. for having stolen license plates. A short time later, the truck crashed into another vehicle at South Cross Drive and Buck Hill Road. The truck continued before becoming disabled at South Cross Drive and Burnhaven Drive. The truck’s driver, now identified as Olsen, fled the scene. He entered a restaurant located on the 14000 block of Buck Hill Road, snatched a customer’s keys from their table and fled in their vehicle.

Officers spotted the stolen vehicle heading north on 35W and a pursuit began. Olsen shot at pursuing officers several times, according to the police report.

Olsen then took the Highway 13 East exit and at one point slowed the vehicle and jumped out. He ran from the entrance ramp onto Highway 13 and pointed a gun at an oncoming vehicle, whose driver then turned into the grass median to flee. As Olsen attempted to flee the area, officers on the entrance ramp discharged their firearms, striking Olsen. He was transported to Hennepin County Medical Center in Minneapolis where he was pronounced deceased.

The BCA says they are not aware of any other people who were injured during the incident. A female passenger who was in the truck with Olsen left the scene and was later taken into custody by the Lakeville Police Department. She was interviewed by BCA agents and released.

Police said all Burnsville police officers wear body cameras and all camera data will be handled during the BCA’s investigation. The involved officers have been placed on standard administrative leave.

Olsen had fired a weapon in November at officers in Anoka and Sherburne counties as he fled from them.