A granite and glass memorial on the University of St. Thomas campus in St. Paul was dedicated over the weekend to students whose lives were cut short.

There are roses at its base, left from a weekend ceremony outside the campus chapel that Greg Johnson attended.

“We feel Charlie with us in many ways on many days,” Johnson said.

His son, Charlie, was a St. Thomas senior who died just hours before graduation in May of 2021.

The 21-year-old from Golden Valley was fatally shot while waiting for a ride in downtown Minneapolis.

Police said another person was also killed, and at least seven other people were wounded outside a nightclub when a fight escalated to a shooting. 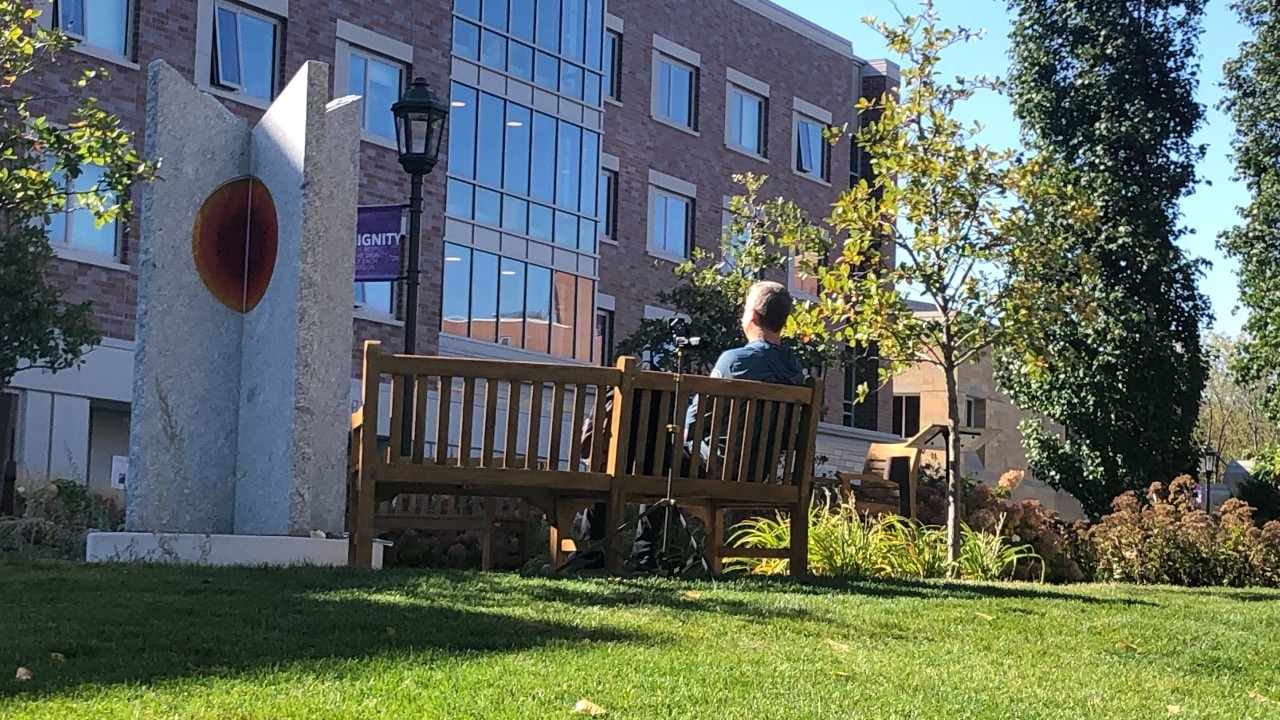 The suspect will face a jury at the end of the week in Hennepin County court, according to records.

“I’m able to focus more of my mental energy on how Charlie lived versus how he died; with the trial around the corner, all that comes back,” Johnson said.

Since Charlie’s death, his family traveled to Peru to see something their son wasn’t able to see for himself.

“I think what really surprised us was the impact that Charlie and his work had on the organization down there,” Johnson said.

There is now a mural and garden in the community to remember Charlie.

On his wrist, Johnson wears an orange bracelet — the color to raise awareness about gun violence and also to remember his son’s spirit.

“He did what he thought was right, he was kind and gentle, and made a difference for people,” Johnson said.